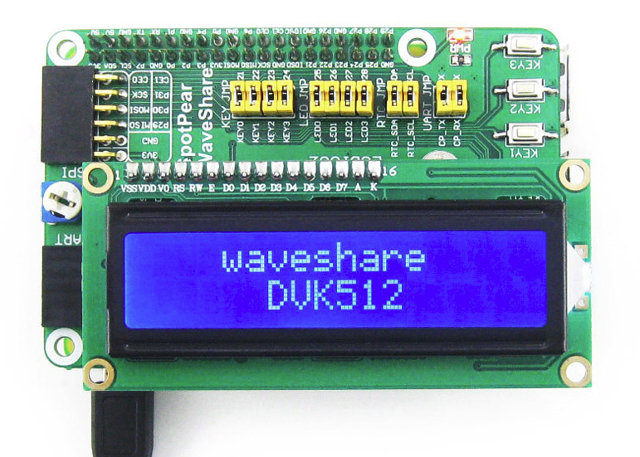 Beaglebone (Black) expansion boards are called capes, Minnowboard ones are lures, and Raspberry Pi model B+ add-on boards can be HATs (HArdware on Top). When I found a kit for the Raspberry Pi model B+ on DealExtreme, based on Waveshare DVK512 add-ons board I thought it might have found a Chinese HAT, but unfortunately it is not compliant with HAT board specifications as it misses an EEPROM,and the dimensions are not the correct one either. Nevertheless, the kit, as well as extra accessories such as a 3.2″ LCD display, can still be interesting. The kit on DX comes with the following items: DVK512 expansion board that connects to the 40-pin Raspberry Pi B+ header and features PCF8563 RTC chip with battery, an on-board USB to TTL chip for debugging via micro USB, a character LCD interface, connectors for modules connected via UART, SPIO, I2C or GPIO, various jumpers and user LEDs and buttons. LCD1602 display module as shown above (3.3V) […] 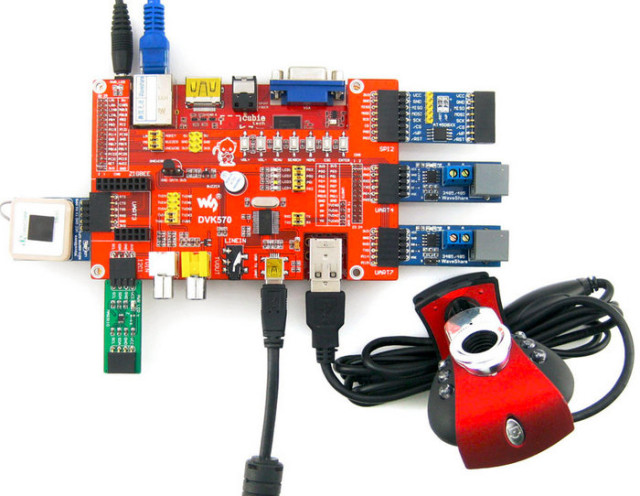 CubieTruck is one of the development boards made by CubieTech. It is powered by AllWinner A20 with 2GB RAM, Gb Eternet, various ports, and supports Android and multiple Linux distributions. Waveshare Electronics has just launched DVK570 daughter board for the CubieTruck which adds support for TV in and out, a buzzer, and headers to connect modules such as GPS, RS485, an SPI flash, a Zigbee module, a magnetometer, or a temperature sensor. Hardware features of DVK570 daughter board: CubieTruck Headers – 1x 30-pin header and  1x 24-pin header for connection with the CubieTruck Video – TVIN in, and TV Out interfaces (CVBS) Audio – 3.5mm Line IN interface Debugging – UART interface, micro USB port with USB to UART chip (Profilic PL2303) Expansions for add-on modules: 1x 4-pin I2C interface to connect I2C modules such as PCF8563 RTC Module, MAG3110 Board, and more 2x 6-pin UART interfaces (UART4 and 7) for RS485 and GPS modules. 1x SPI interface (SPI2) for […] 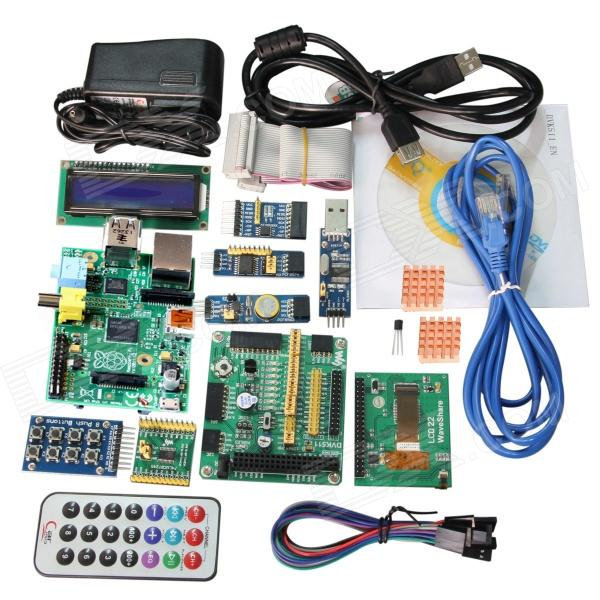 Yesterday, Element14 has announced Wolfson Audio Card for the Raspberry Pi which adds multiple audio inputs and outputs to the low cost ARM Linux board, as it has been widely reported in the blogosphere.  I’ve just mentioned it in case you missed it, as instead I’m going to write about a bundle with the Raspberry Pi Model B, lots of expansion boards, cables, and accessories  such as a power supply, or a remote control that can be purchased for $120. It may not be useful if you only have a specific project in mind, but if you want to play around and interface with lots of different hardware, or even offer electronics lessons, it could be interesting. The complete kit includes: Raspberry Pi Model B with 512 MB RAM. Acrylic Case for RPi  (not shown above) Expansions boards and modules: DVK511 Expansion Board with headers, jumpers, LEDs, and potentiometer 2.2″ 320×240 Touch LCD CD1602 (3.3V Blue Backlight) AT45DBXX DataFlash Board […]