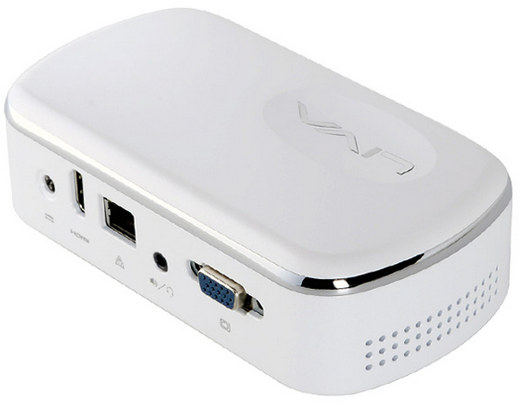 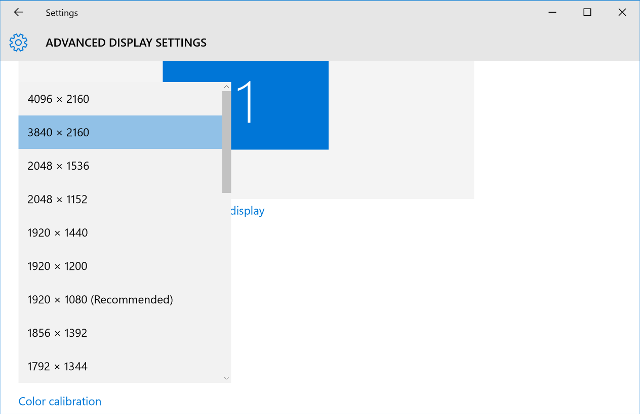 Tronsmart Ara X5 is one of the first mini PC featuring a Cherry Trail processor, more exactly Atom x5-Z8300 quad core processor manufactured with 14nm process. Price and max TDP are similar to Atom Z3735F Bay Trail-T processor found in many mini PCs designed in China, so it will interesting to compare the two platforms. Yesterday, I took some photos of the device, and found out the design was comprised of a baseboard and system-on-module, but today, I’ll focus on testing the device in Windows 10, checking everything works as it should, as well as running some benchmarks, verifying the Windows license status, test H.265 video playback in Kodi, and more. Tronsmart Ara X5 Setup I had not much to do the first time I booted the device, as it was already configured to use English, and the system logged in with user “User” without password. I still double checked the screen resolution,as it was set to 1920×1080 (Recommended), but […]

I’m in the process of reviewing Tronsmart Ara X5 mini PC with Intel Atom x5-Z8300 “Cherry Trail” processor, and while testing is not complete yet, I’ve already run PCMark8 benchmarks in the Windows 10 device, so I’ve decided to compare the results I got with MeLE PCG03 mini PC running Windows 10 based on an older Z3735F Bay Trail-T processor that’s about the same price, and with the same 2W TDP. This post can be considered a work in progress, as I may update it latter to add more benchmarks results in Windows or/and Linux (Phoronix). Th exact test I ran was “PCMark 8 Home 3.0 Conventional 3.0”. Both system resolutions were set to 1920×1080, however one noticeable difference is that MeLE PCG03 ran Windows 10 Home 32-bit, while Tronsmart Ara X5 ran Windows 10 Home 64-bit. Benchmark MeLE PCG03 Intel Atom Z3735F Bay-Trail @ 1.33 GHz / 1.83 GHz (Turbo) Tronsmart Ara X5 Intel Atom x5-Z8300 Cherry Trail @ […] 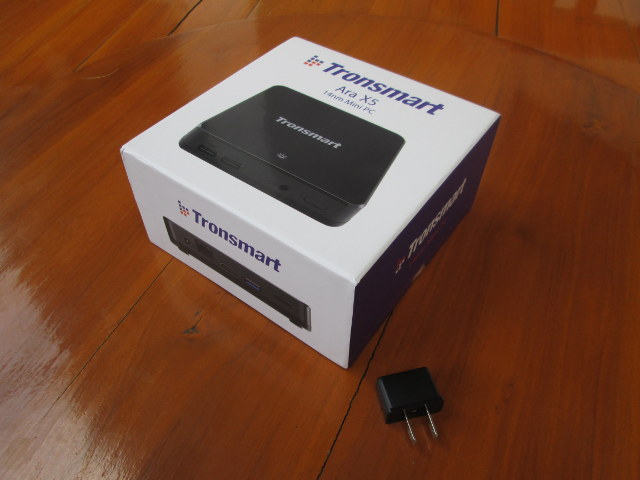 Tronsmart Ara X5 is one of the first Intel Atom X5 mini PCs available on the market, and should provide a decent update to the many Intel Atom Z3735F based devices with its Atom x5-Z8300 quad core processor. GeekBuying sent me one sample for review, and today I’ll take a few pictures, and take it apart to find out more about the components used and its thermal design, before doing a review in the next few days. Tronsmart Ara X5 Unboxing I received the fanless computer by DHL in the following package together with a EU to US plug adapter. Ara X5 ships with a 5V/3A power adapter, an HDMI cable, and a user’s manual in English. The front panel has two USB 2.0 host ports, a 3.5mm headset jack, and the power button, while the rear panel features the power jack, a Fast Ethernet RJ45 port, HDMI output, a USB 3.0 host port, and a micro SD slot. The […] 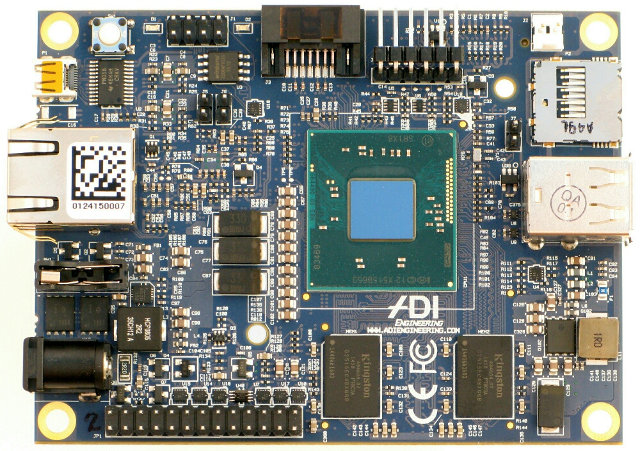 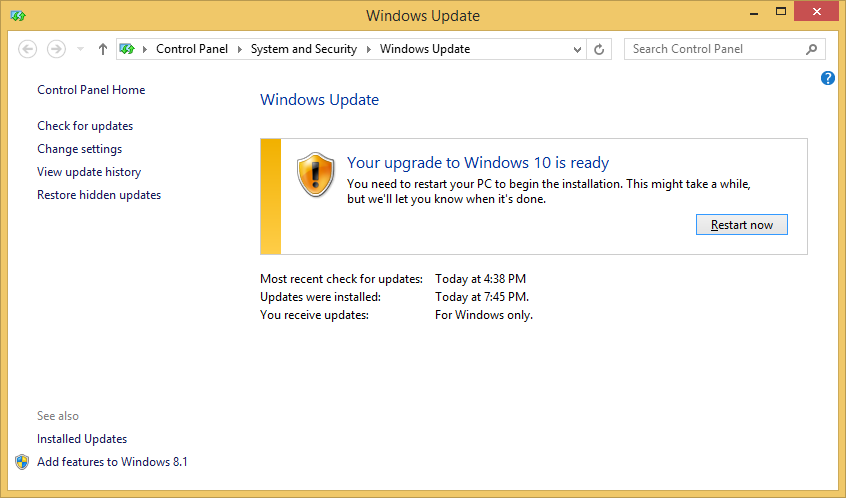 For some reasons, after installing Ubuntu 15.04 on MeLE PCG03 a while ago, I had to re-install Windows 8.1 on the device. The backup I used with dd did not work, so I had to download the firmware from MeLE forums, and it worked OK. Right after the re-installation was complete, it asked me if I wanted to upgrade to Windows 10 for free, and I have given it a try, especially a few days ago somebody asked about Windows 10 on MeLE PCG01. So I’ll describe the update process on PCG03, show benchmarks results, and write about my experience with Kodi 15.0 in Windows 10. Upgrading to Windows 10 Once you are ready to update to Windows 10, the system will check for updates, and ask whether you want to download and install Windows 10. The download is over 2GB large, so it may take a while. It took PCG03 around 2 to 3 hours to complete the download. […] 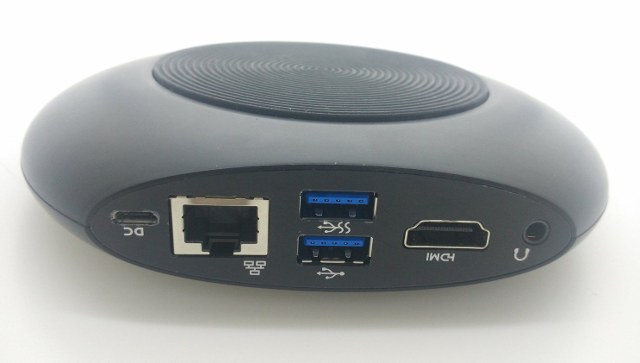 Right after writing about MeegoPad T03 TV stick, I noticed another product on Amazon, namely MeegoPad T04 which for once is not based on a Bay Trail processor, but instead the newer Intel Atom x5-Z8300 Cherry Trail quad core processor, and which sells for $139 on Aliexpress or $136 on Amazon US. [Update: T04 is now sold on Gearbest for $123.99 with MGT04 coupon] Since the descriptions on Amazon and Aliexpress can’t be fully trusted, these are only tentative specifications for MeegoPad T04, which are quite similar to the ones listed for Tronsmart Ara x5: SoC – Intel Atom x5-Z8300 “Cherry Trail” quad core processor @ 1.44 GHz (Bust freq: 1.84 GHz) with Intel Gen8 HD graphics (2W SDP) System Memory –  2 GB Storage – 32 GB eMMC + micro SD slot Video Output – HDMI Audio I/O – HDMI, 3.5mm microphone jack Connectivity – Ethernet, 802.11 b/g/n Wi-Fi, and Bluetooth 4.0 USB – 1x USB 3.0 port, 1x […] 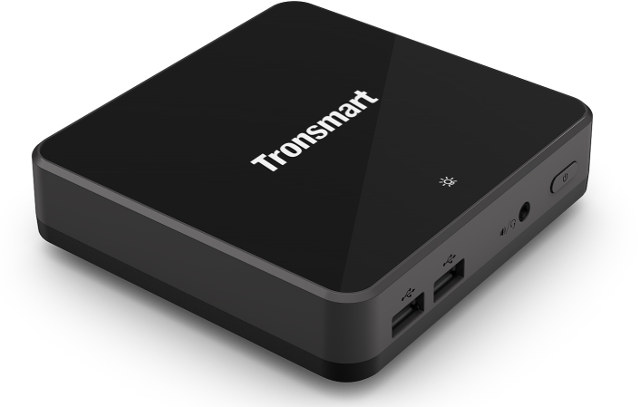