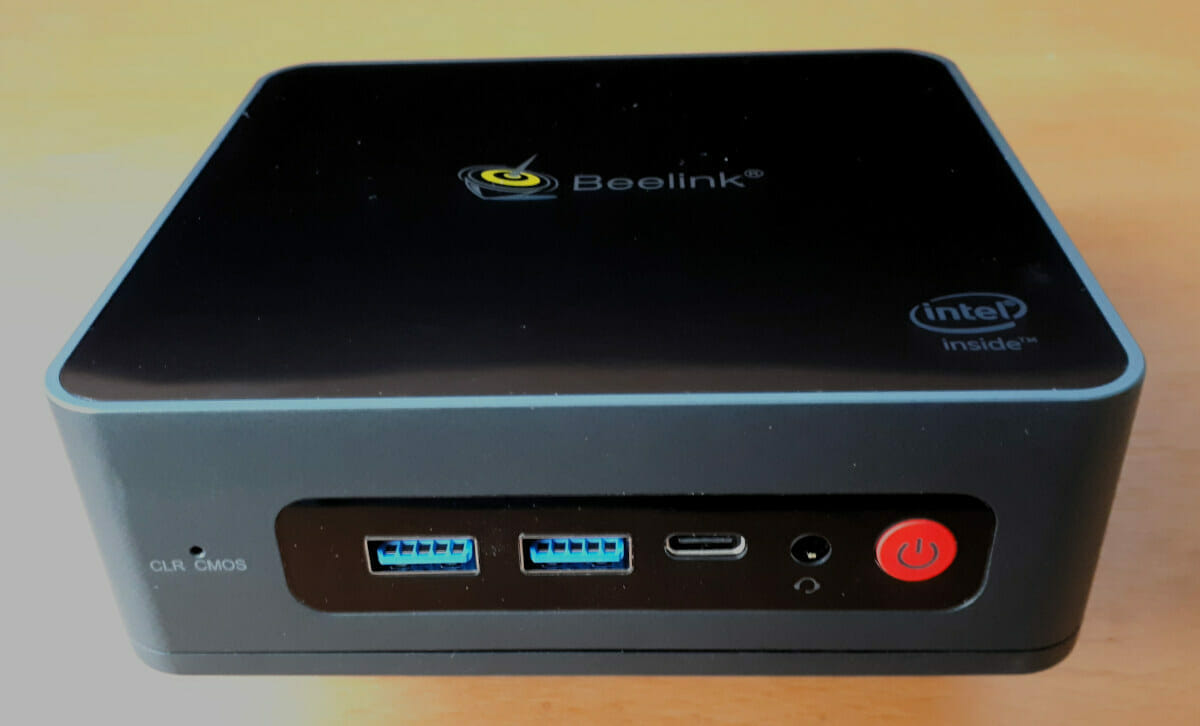 Coupling a German submarine with a North American lake seems a perfect match in this topsy-turvy supply-constrained COVID-19 broken world we find ourselves in but that’s just what Beelink has figuratively done by launching their new Intel Jasper Lake mini PC, the U59. Beelink kindly sent one for review and I’ve looked at performance running both Windows 11 and Ubuntu 20.04. Beelink U59 Hardware Overview The Beelink U59 physically consists of a 124 x 113 x 42mm (4.88 x 4.45 x 1.65 inches) square plastic case. As an actively cooled mini PC, it uses Intel’s new 10 nm Jasper Lake N5095 processor which is a quad-core 4-thread 2.00 GHz Celeron processor boosting to 2.90 GHz with Intel’s UHD Graphics. The front panel has an illuminated power button, dual USB 3.1 ports, a Type-C USB 3.0 port with DisplayPort Alternate Mode, a 3.5mm headphone jack, and a reset pin-hole ‘CLR CMOS’. […] 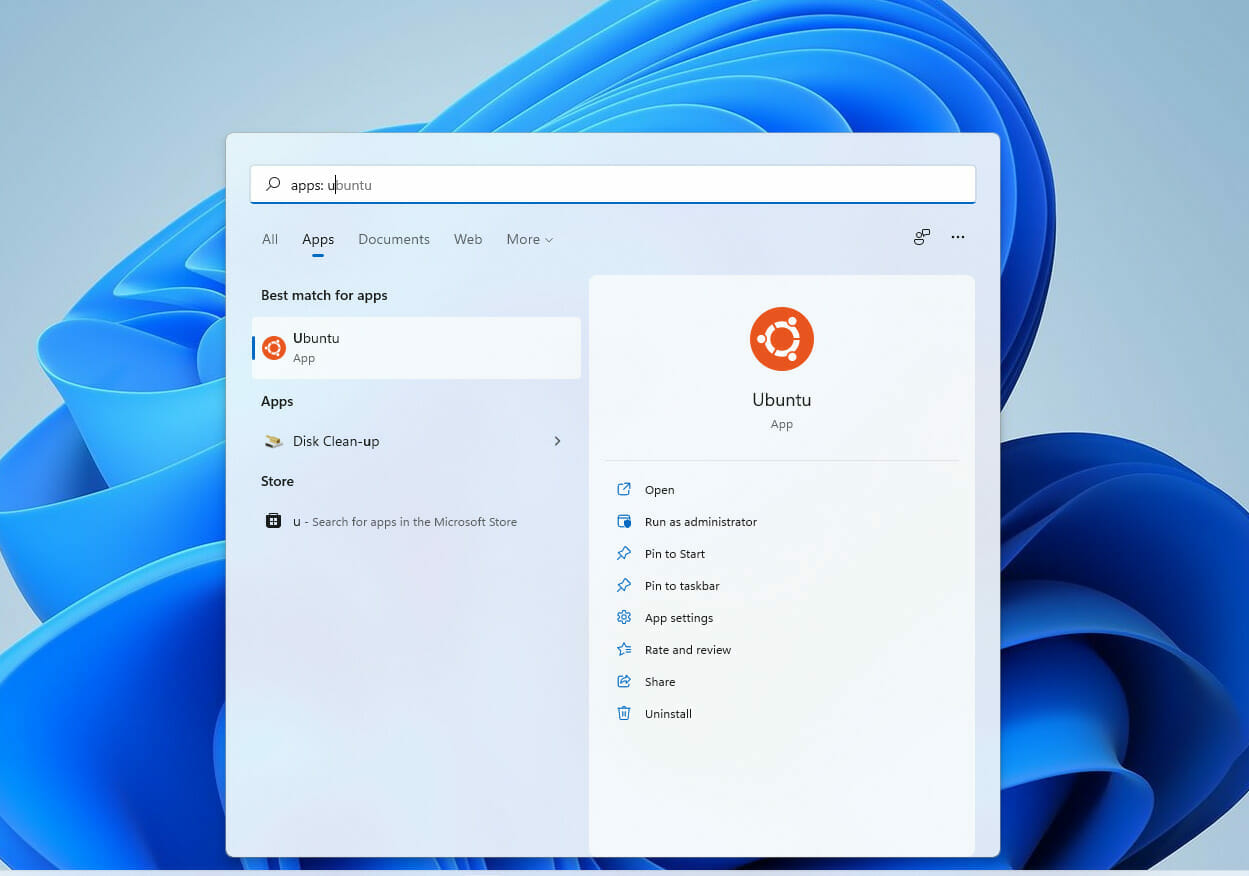 In this short article, I show how to install Windows Subsystem for Linux (WSL) and how to force the upgrade of Windows 10 to Windows 11 in a mini PC rather than waiting for Windows to offer it. The reason I’ve coupled these two topics together is not because there is any dependency, but simply as I use WSL to help me perform administrative tasks like downloading and copying files when installing applications on Windows mini PCs. WSL installation Installing WSL has recently become so simple it is worth doing just to gain the flexibility it offers for so little effort. Now you only need to open ‘Windows Terminal (Admin)’ and enter wsl –install: then reboot for Ubuntu to start installing, during which you will be asked to create your user with a password, which finishes in Ubuntu: Further information about installing WSL can be found in Microsoft’s documentation. Now […] 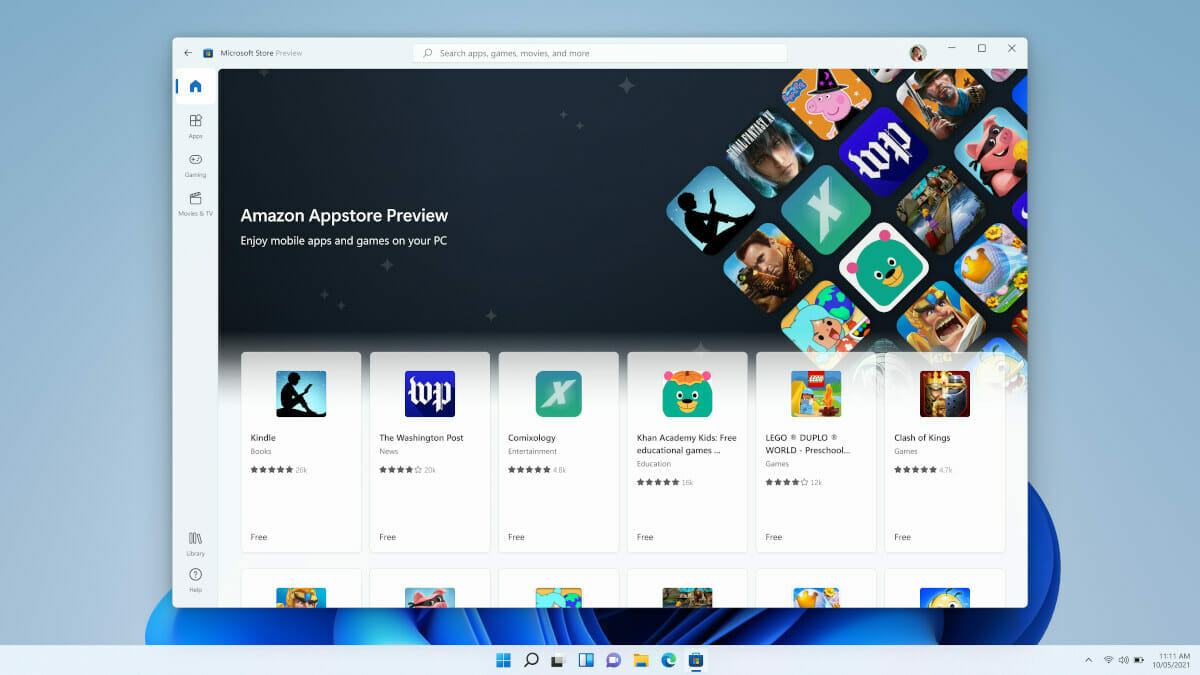 Following up on the company’s Windows Subsystem for Linux, Microsoft has now introduced the Windows Subsystem for Android that allows Windows 11 users to install Android apps either through the Amazon Appstore or the Microsoft Store. At this time, it is officially reserved for Windows Insiders part of the Beta Channel in the United States on eligible devices running Intel, AMD, and Qualcomm platforms, and at this time 50 apps are available with mobile games such as Lords Mobile, June’s Journey, or Coin Master, the Kindle app for reading books, and kids content that includes Khan Academy Kids and Lego Duply World. More apps are obviously planned, and as I’ll see later there are ways for any Windows 11 users to install Android apps. The Windows Subsystem for Android (WSA) is not installed by default, but it will be automatically installed if you either install the Amazon Appstore, the Amazon […] 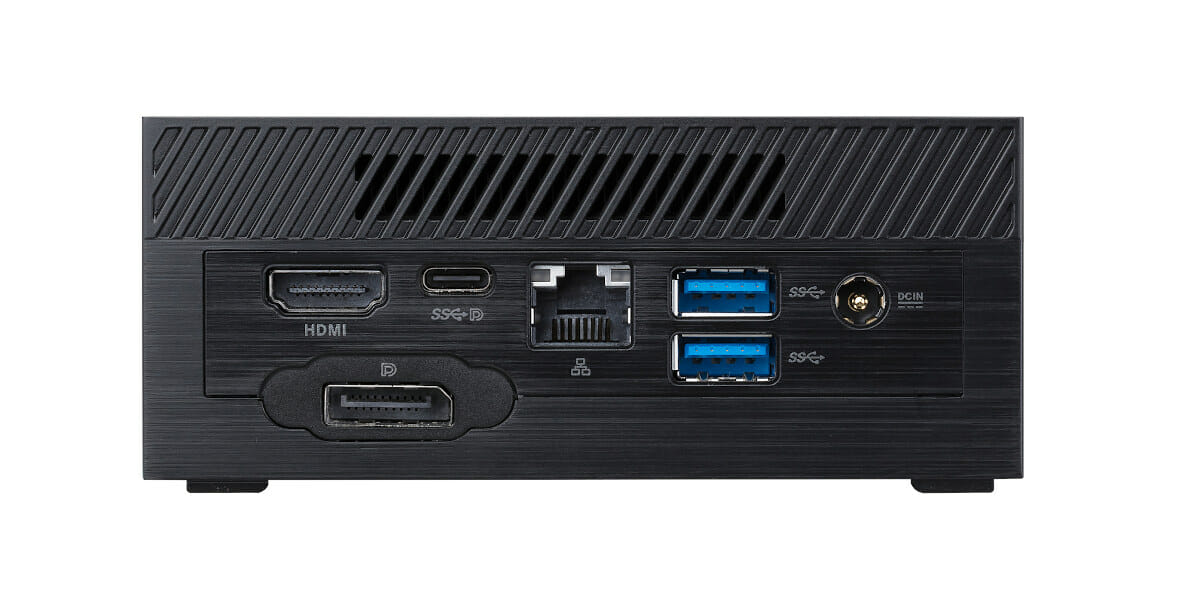 The Windows Subsystem for Linux (WSL) that offered a Ubuntu Bash on Windows was first introduced in 2016, as more and more developers required a Linux environment within Windows, and Microsoft kept on improving it with, for instance, Windows Subsystem for Linux 2 released in 2019 bringing an actual Linux kernel, improved performance, and Docker support. Until now, WSL was an optional component inside of Windows, requiring you to go to the “Turn Windows Features on or off” dialogue to enable it, and restart your machine. But Microsoft has now announced you can install (a preview of) Windows Subsystem for Linux directly from the Microsoft Store as long as you run Windows 11. The change also means your WSL will be up-to-date as Microsoft pushes new features and bug fixes, and you do not need to modify/update your Windows version to get the latest changes. You’ll still need to go […] 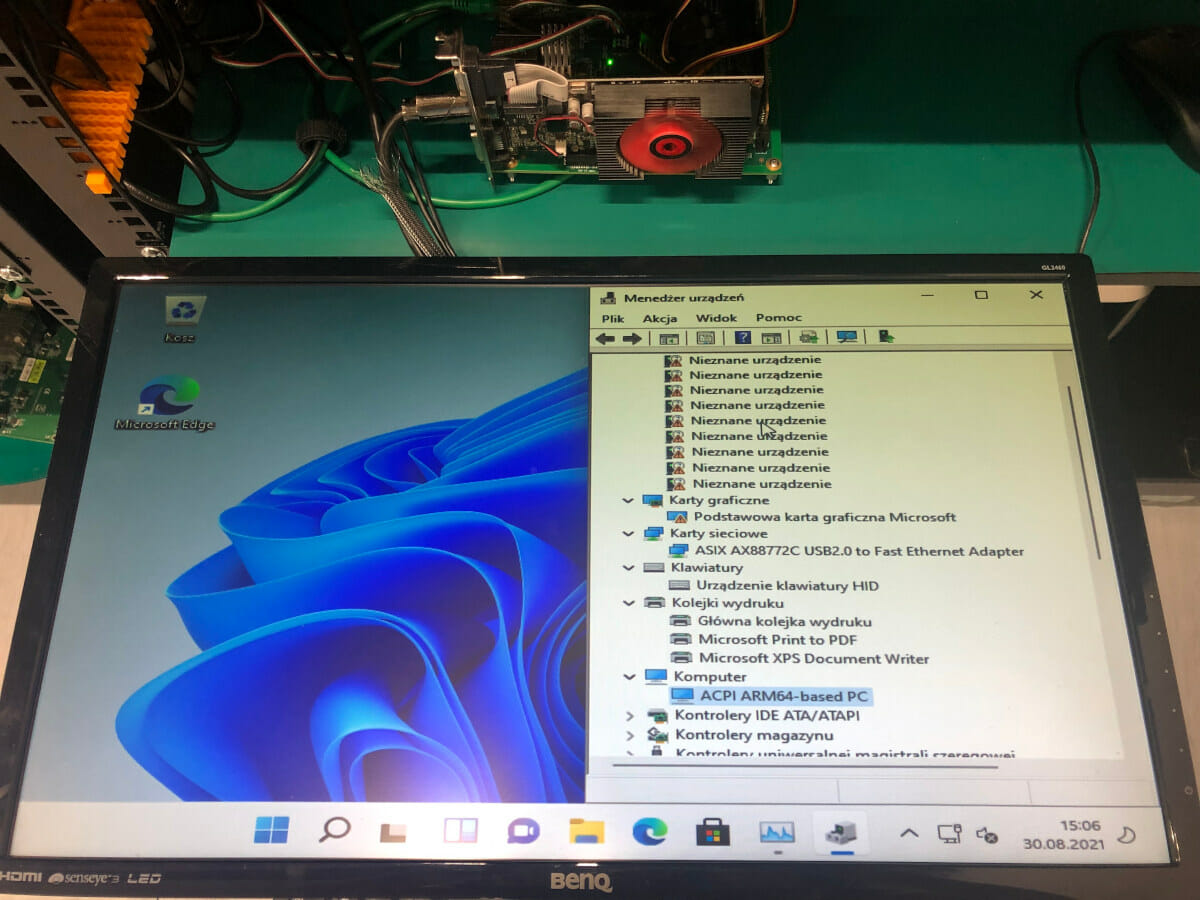 While Windows 11 may have some problems running some x86 machines, I previously saw Windows 11 Arm on Raspberry Pi 4 with instructions telling you to download the images from UUP Dump and flash the ISO with Windows on Raspberry Pi Imager. At the time, I did not look into details, and it seemed was some hack involved, but I’ve just been told Windows 11 could also run without modification on some SolidRun’s single board computers, namely MacchiatoBin and CN913x CEx7 evaluation board. Marcin Wojtas explains Windows 11 Pro (version 22000.168) could be installed unmodified on an Arm computer based on MacchiatoBin mini-ITX board equipped with an NVIDIA Geforce GT630 GPU (using EFI Frame Buffer), a SATA SSD, connected through Ethernet (via USB2ETH), plus a mouse and keyboard. So what’s the trick, and what do Raspberry Pi 4 and a board like MacchiatoBin have in common? Answer: Arm SystemReady ES […] 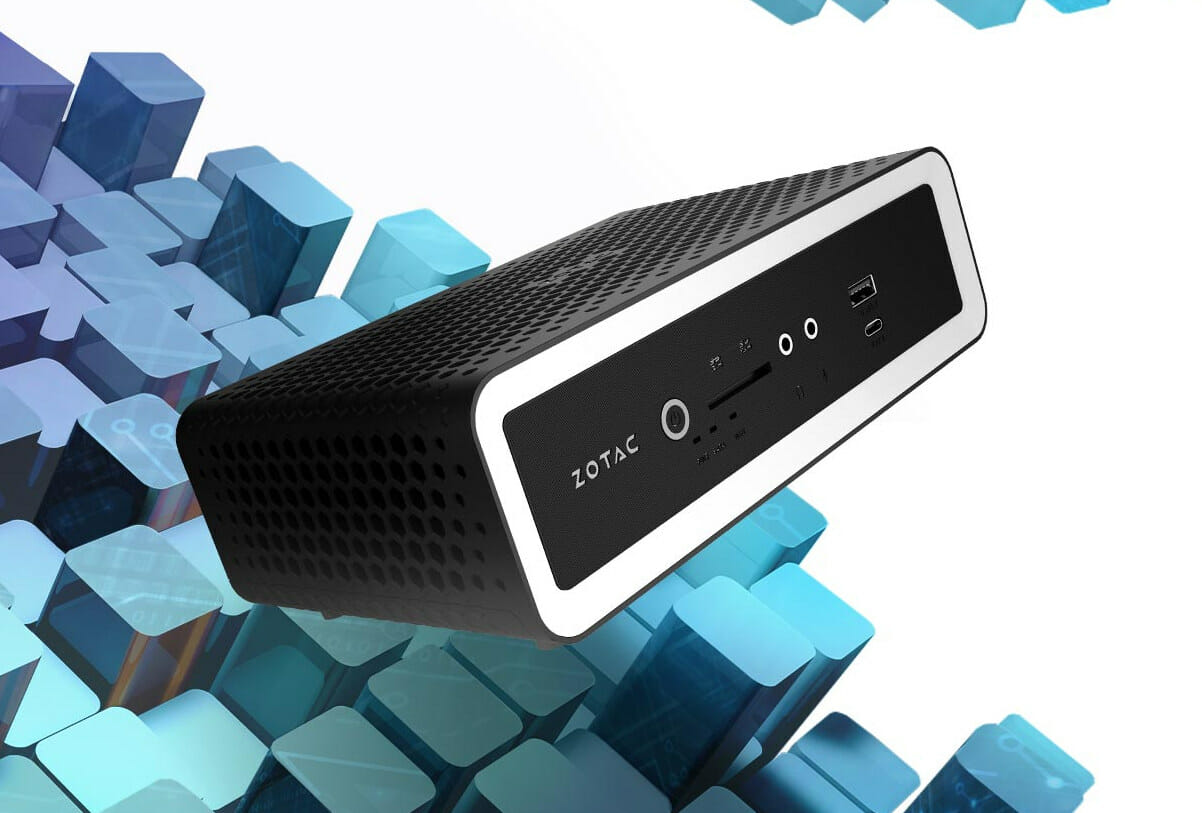 Windows has been available on Arm for a few years, and while software support has progressed there have always been some limitations, and emulated x86/x64 code on Arm does not usually run as fast as native ARM32/ARM64 code. So far developers had a binary choice: run their x86/x64 app on Arm using emulation, or port the entire app to Arm, But Microsoft has now come up with a solution that mixes x64 emulation and native Arm with ARM64EC (Emulation Compatible). That means developers won’t need to port the complete app to Arm, but instead could do so step-by-step and focus on part of the code where native Arm support makes the most difference. Microsoft explains: ARM64EC is a new application binary interface (ABI) for Windows 11 on ARM that runs with native speed and is interoperable with x64. An app, process, or even a module can freely mix and match […]