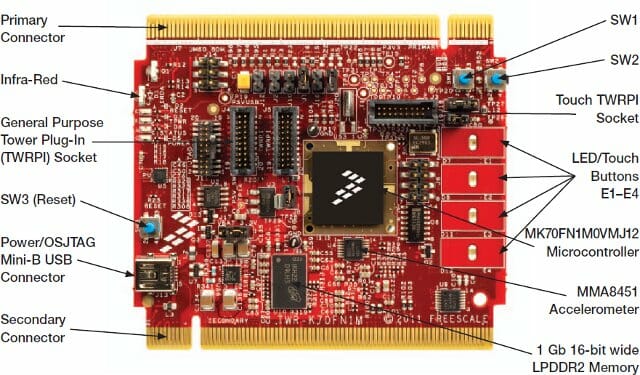 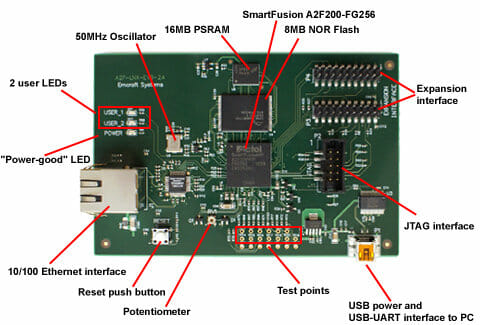 There are plenty of low cost Linux development boards based on Cortex A8 or A9 such as the Beaglebone, as well as some devkits based on ARM7 and ARM9 such as SAM9 development kits , but if your application is cost and/or energy sensitive you can also switch to micro-controllers using Cortex M3 or M4 based development boards such as Emcraft SmartFusion devkits. You can run a functional uCLinux system with 1MB of RAM and 1MB of flash including the TCP/IP stack. You need to use uClinux and not directly Linux, because the Cortex M3 doess not have a Memory Management Unit (MMU) and only a Memory Protection Unit (MPU). This can bring some interesting software development challenges such as (apparently random) kernel panics, the lack of fork, memory fragmentation and more. You can check out http://kernel.org/pub/linux/libs/uclibc/Glibc_vs_uClibc_Differences.txt for the main differences between uClibc and Glibc. The instructions to patch and […]