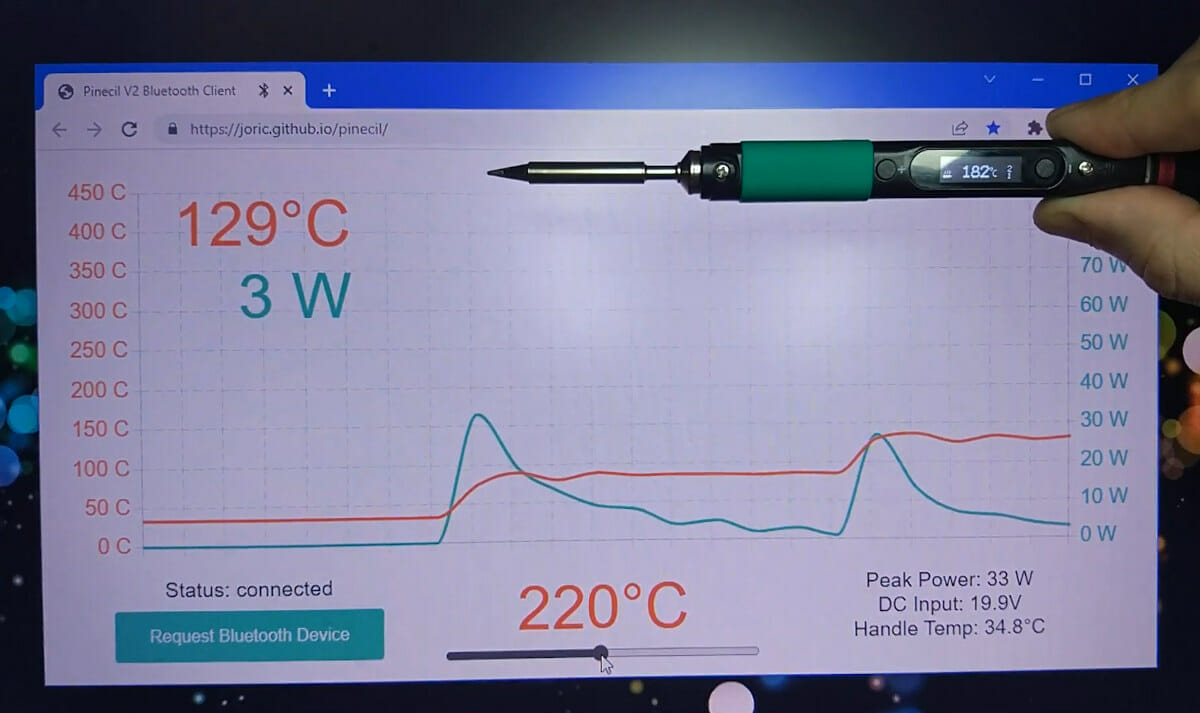 It’s now possible to make use of the Pinecil V2 soldering iron‘s Bluetooth LE connectivity through a web-based interface used to monitor and/or set the temperature and power of the RISC-V soldering iron. When the Pinecil V2 soldering iron was launched with a Bouffalo Lab BL706 RISC-V Bluetooth microcontroller last summer, we were told there were main potential cases to make use of the Bluetooth LE features: OTA firmware upgrade and remote telemetry and control. The latter is now being taken care of by Joric who has written a  web application to visualize telemetry data and even control the temperature of the soldering iron. To be able to use the Bluetooth features, you’ll first need to install the latest Pinecil V2 firmware with blisp flashing utility before going to https://joric.github.io/pinecil to pair your soldering iron as explained in the wiki. Note the implementation relies on the Web Bluetooth API which […]

Espressif Systems has just announced the Matter-compatible ESP-ZeroCode modules with Wi-Fi and/or Thread (802.15.4) wireless connectivity that are designed as plug-and-play solutions for LED lights, outlets, switches, dimmers, relays, fans, and other lighting and electrical devices. I was only recently introduced to no-code programming in a recent post by Ninephon Kongangkab explaining how to use SenseCraft firmware for no-code programming on Wio Terminal. Basically, there’s no need to know Arduino, MicroPython, or any programming language, as the user just has to press a few buttons to configure an IoT device to meet his/her requirements. With the ESP-ZeroCode modules, Espressif offers something similar using several of their ESP32 chips. The first ESP-ZeroCode modules will be offered with either ESP32-C3 (aka ESP8685) or ESP32-C2 (aka ESP8684) WiFi & BLE RISC-V SoCs, or ESP32-H2 802.15.4 & BLE RISC-V microcontroller, and ships with a Matter compatible firmware that enables “near-zero investment in development”. Not […] 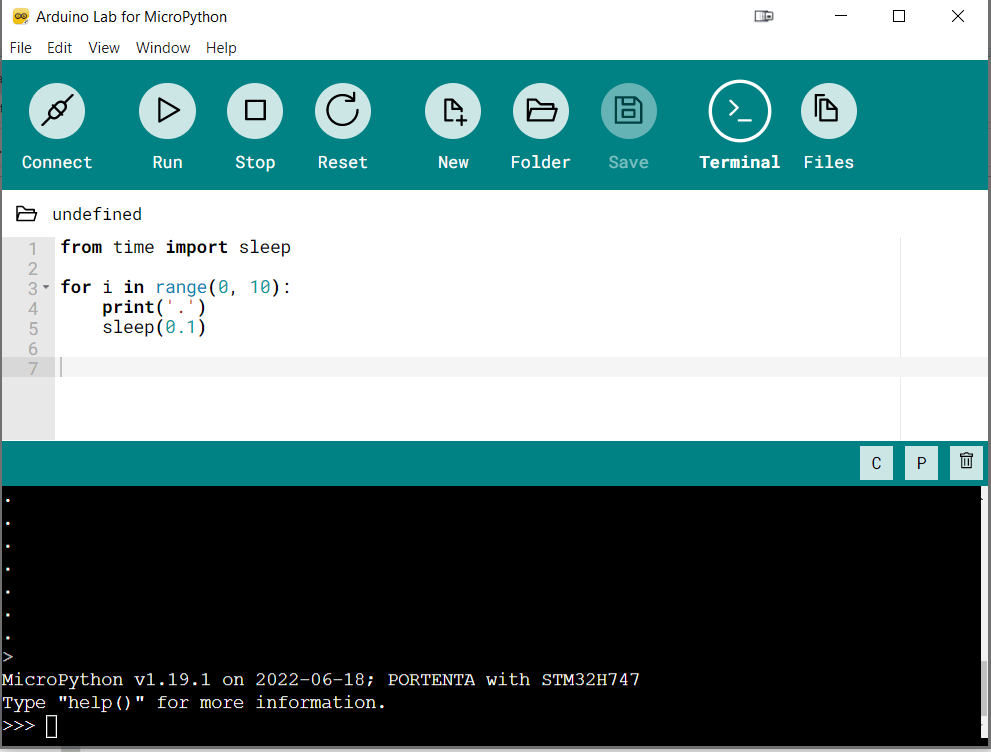 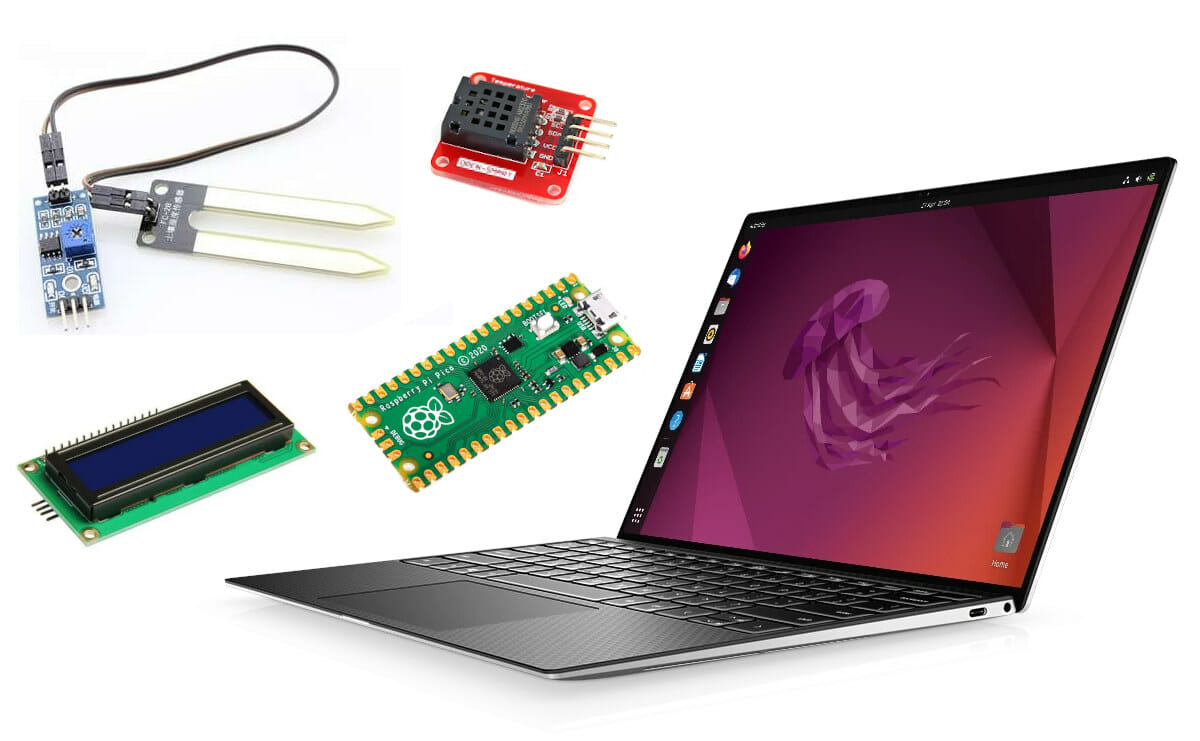 Nicolai Electronics’ rp2040-ic2-interface open-source firmware for the Raspberry Pi Pico (or other Raspberry Pi RP2040 boards) converts the board into an I2C to USB bridge to connect any I2C sensor or module to a PC or other hardware without GPIOs. The firmware implements the USB protocol expected by the I2C-Tiny-USB kernel driver used by the original I2C-Tiny-USB project for Microchip ATMega 8-bit AVR microcontrollers. The RP2040 is however not a fork of the original project, but instead a complete re-implementation of the firmware. You’ll need to connect your I2C sensor, display, or another module to the SDA (GPIO 2) and SCL (GPIO 3) pins of the Raspberry Pi RP2040 microcontroller and flash the “pre-release” firmware to the board. You’ll find it together with the source code written in C language on GitHub. Note the project has a “proof of concept status” and more testing is needed to make sure that […] 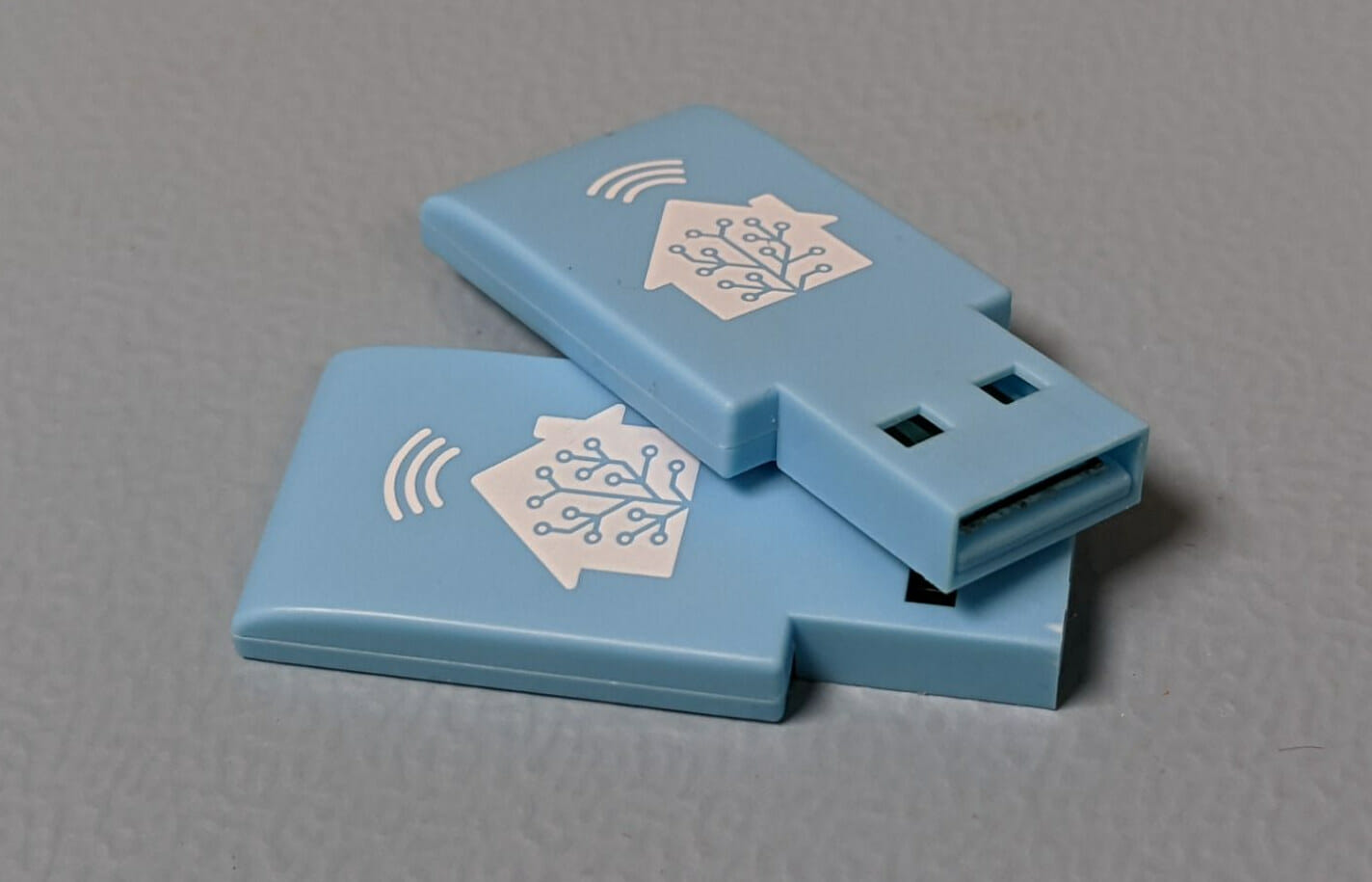 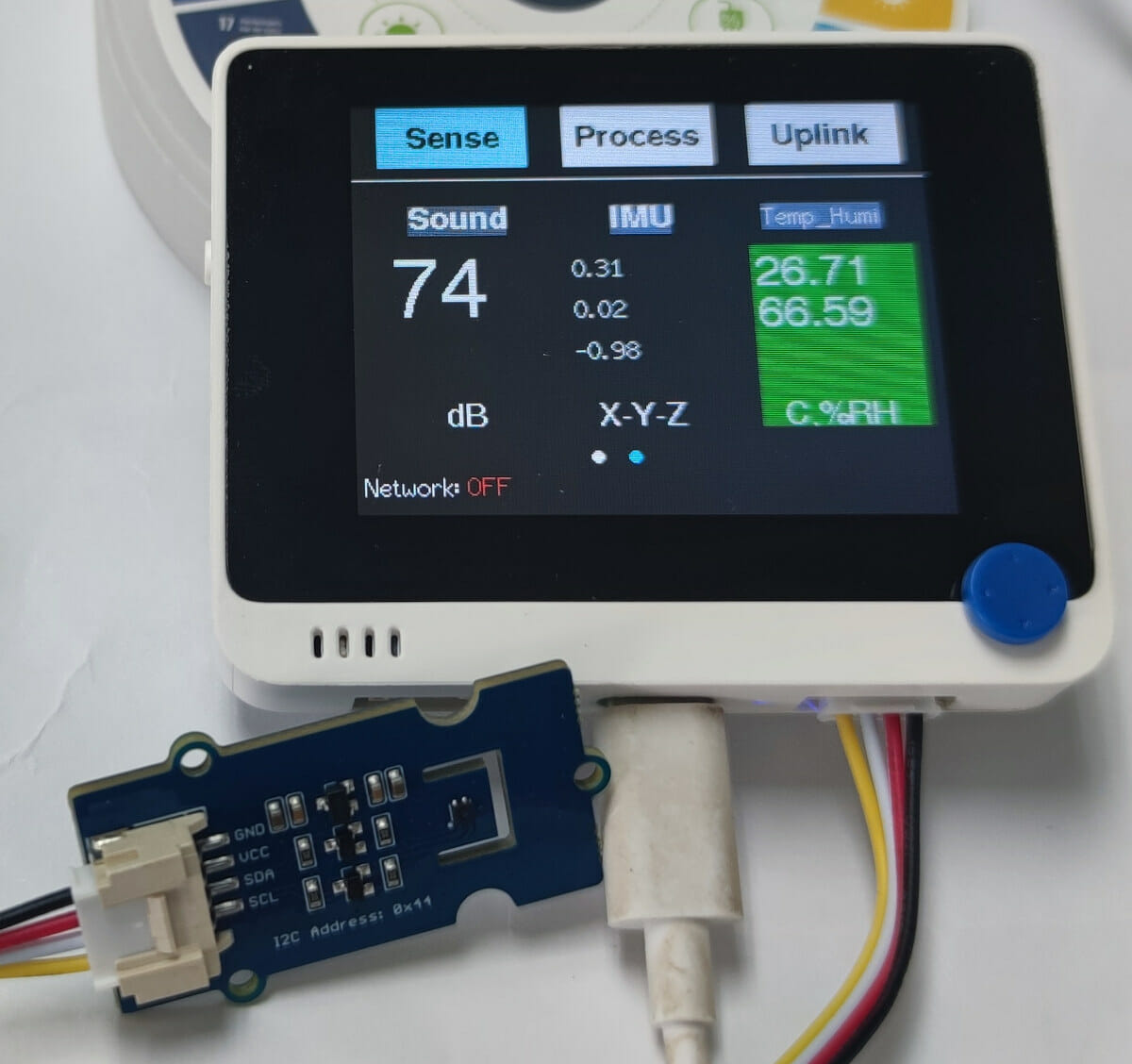 Benjamin VERNOUX has launched the HydraUSB3 V1 board based on WCH CH569 RISC-V MCU as a developer platform to experiment with high-speed protocols like HSPI and SerDes through a USB 3.0 interface. It’s the third board from Benjamin we feature here, after the STM32-based HydraBUS and the HydraNFC v2 shield delivering up to 1600 mW for NFC charging and connectivity. The HydraUSB3 v1 is quite different since it does not involve NFC at all, and instead leverages the CH569’s high-speed interfaces including USB 3.0 (5 Gbps), HSPI (3.8Gbps), and SerDes (>1.2Gbps). HydraUSB3 V1 specifications: MCU – WCH CH569 32-bit RISC-V (RISC-V3A) RV32IMAC MCU @ 120MHz with 16KB 32-bit SRAM, 96KB configurable 128-bit SRAM, 448KB code flash, 32KB data flash USB – 1x USB 3.0 host/device port that supports the USB 3.0 SS built-in PHY (5Gbps) and USB 2.0 built-in PHY FS/LS/HS (480Mbps) High-speed I/Os High-Speed Parallel Interface (HSPI) up to […] 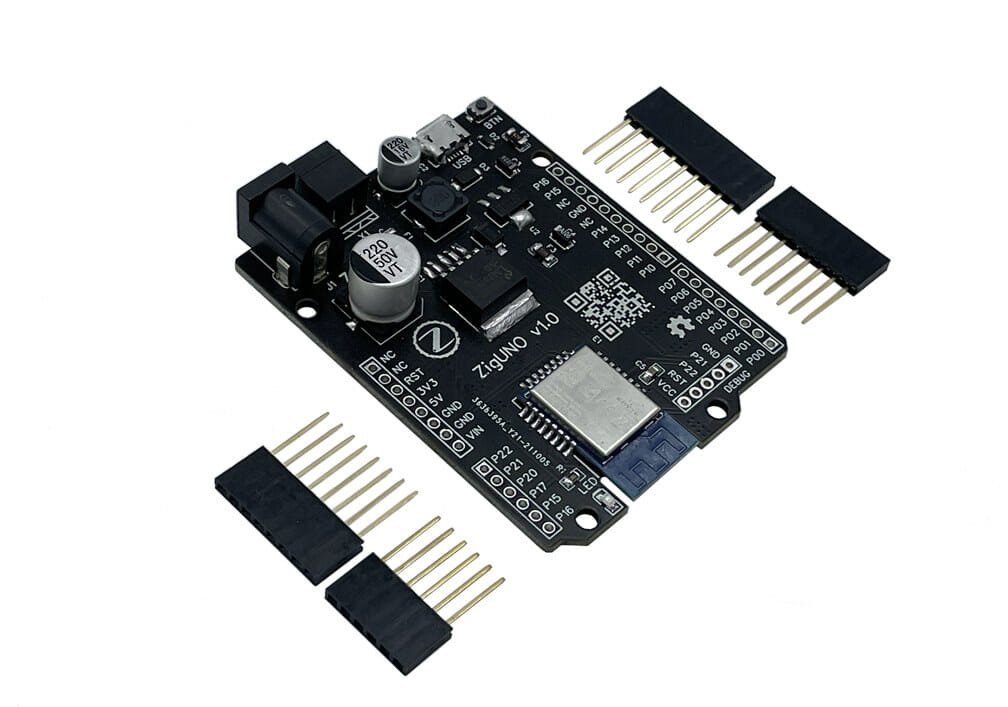