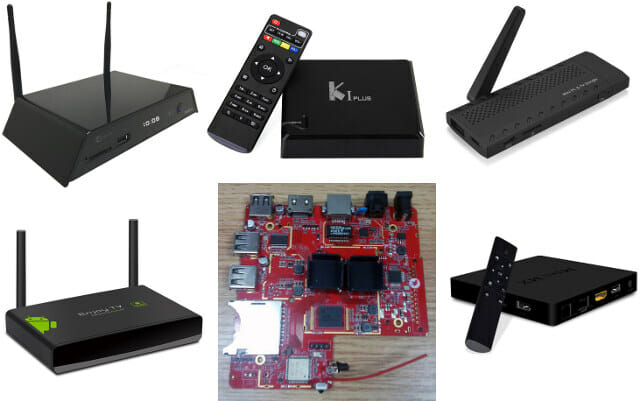 Rockchip RK3368 TV boxes looked promising at the end of the summer, but ended up being disappointing, not because of their expected lower performance compared to RK3288, but simply because they could not deliver on their main selling point: 4K H.265 / H.264 video playback, and the sheer number of issues with the first devices selling for nearly the same price as equivalent Rockchip RK3288 devices. Rockchip RK3368 will soon have a worthy competitor with Amlogic S905, which won’t deliver amazing benchmark scores, but looks promising for its 4K 10-bit HEVC video playback, HDMI 2.0 and HDCP 2.2, and historically Amlogic delivers better video playback than Rockchip. The first Amlogic S905 TV boxes should start shipping by the end of the month, and prices are starting very low, just over $40, thanks to competition between the many manufacturers launching devices based on the new Amlogic SoC. That’s why I’ve decided […] 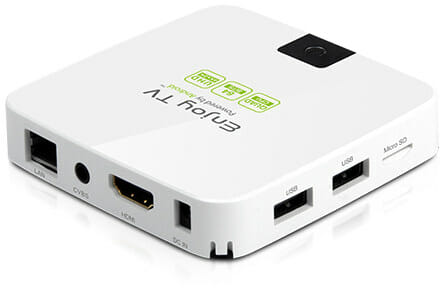 Amlogic S905 is the first 64-bit ARM processor of the company, with four Cortex A53 cores, a Mali-450MP GPU, as well as support for HDMI 2.0, and 10-bit HEVC video decoding. It will come to market before S912 processor featuring a Mali-T7xx GPU, and compete with Rockchip RK3368 octa-core processor. I’ve already features two Amlogic S905 TV boxes a few months ago with Acemax G9C and Eny EM95, but these two products were announced several months before the actual release, and now several other products have been announced, and should become available very soon. Geniatech unveiled two products based on Amlogic S905: ATV495 Android TV box, and ATV1950 Android digital TV receiver with dual ATSC, DVB-T, or ISDBT tuners, while Guleek A8 is an Amlogic S905 Android TV stick. Geniatech ATV495 TV Box ATV495 specifications: SoC –  Amlogic S905 quad core ARM Cortex-A53 @ up to 2.0GHz with a quad […]