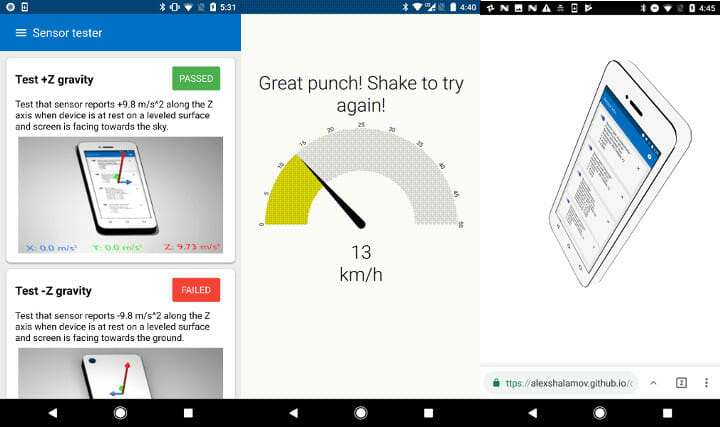 Once upon a time, web browsers were used to… well, browse the web, but overtime, features and API have been added to run apps with the ability to control hardware like webcams using the Media Capture API, GPIOs using JavaScript (e.g. node.js), or handle Bluetooth  connectivity though the Web Bluetooth API. The W3C Generic Sensor API is one of the latest proposed API, and defines a framework for exposing sensor data to the Open Web Platform in a consistent way. Google has just announced Chrome 67 beta supports the new API. Four types of sensors are supported for now: accelerometer, gyroscope, orientation sensor combining accelerometer and gyroscope data, and motion sensor, another fusion sensor leveraging data from a magnetometer as well as the accelerometer and the gyroscope for example to act as a virtual compass. You can test the Sensor API on your phone or other device with sensors running […] 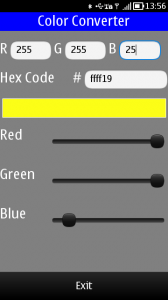 I’ve developed a small Qt Quick application called ColorConv that can convert RGB color to HEX color used in HTML pages (e.g. 255,255,255 -> #FFFFFF) and vice versa mainly to play with Qt Creator QML and test Nokia Ovi Store application submission process. You can enter the Red, Green, Blue values manually by typing with the default numerical keypad in Symbian or use the slider to select the value. Alternatively you can enter the hexadecimal code to get the RGB value. If you are interested, you can download it in Ovi Store and in case you have some requests please comment on the support page. Nokia Ovi Store Submission Process Nokia submission process is almost free (1 Euro) and it took about 2 weeks to get my application published. I basically followed the instructions given on submit Qt applications to the Ovi Store PDF. The first thing you have to […]

I’ve just attended the first day of Nokia Developer Day (6-7 December 2011). The focus was on software development for Nokia’s feature phones with Java or Web Apps (HTML/CSS/Javascript) and most of the time was spent on workshops to get started for developing for Nokia feature phones such as the S40 series. Introduction to Ecosystem Business Updates During the first 15 minutes, an “Introduction to Ecosystem Business Updates” was given by Jirapat Janjerdask, Head of the Ecosystem Developer Experience at Nokia Thailand. He gave an overview of the ecosystem for features phones including the brand, developer & publisher, mobile brand, mobile operator and consumer. One interesting statistics was that there are 10 millions app downloads every single day. He also talked about the new Nokia Asha 300 and 303 features phones available for 3000 to 4000 Thai Baht (100 to 130 USD)  that are capable of running applications that usually […]