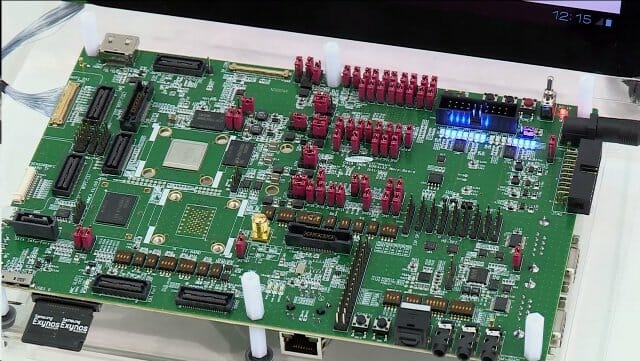 Samsung showcased its new Exynos 5250 Dual-core Cortex A15 processor at Mobile World Congress as well as the corresponding Samsung Exynos 5 GAIA SMDK Development board. Announced in November 2011, the new Samsung Exynos 5250 processor features 2 Cortex A15 clocked at 1.7 GHz or 2 GHz, with a Mali-T604 GPU and support for dual-channel 800 MHz LPDDR3 RAM that allows for a data bandwidth of up to 12.8 GB/s. The processor is manufactured using 32-nm HKMG (High-K Metal Gate) technology that reduces leakage by 30% proving lower power consumption. Samsung claims the new Exynos 5 processors are twice as fast and consume twice as less power than its previous Exynos 4 application processor based on Cortex A9. This seems to confirm TI OMAP 5 vs. Nvidia Tegra 3 benchmark results. The Exynos 5250 supports embedded DisplayPort  (eDP) interface up to WQXGA resolution (2560×1600), which is handy for Samsung since […] 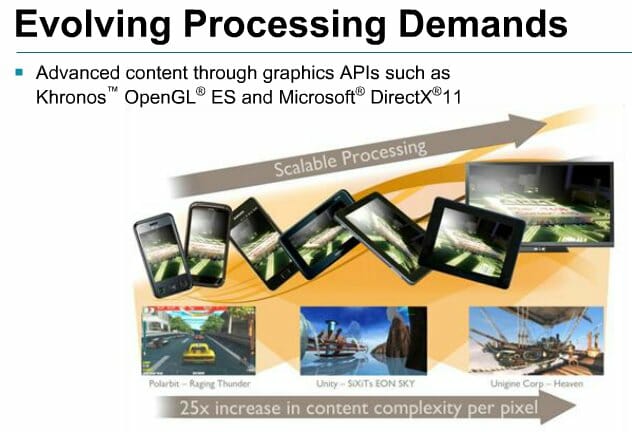 I’ve attended a webinar entitled “Harness the power and flexibility of the Midgard architecture for Embedded GPUs” presented Steve Steele, Product Manager at ARM Media Processing Division and sponsored by EETimes. Steve starts to talk about the current GPU architecture “Utgard” used in Mali-200, Mali-300 and Mali-400MP which allows resolutions up to 1080p and are used in many smartphones today including Samsung Galaxy S2 (Mali-400MP) which provides great graphics performance. He then explains how mobile devices are used today and what performance we may except in the future: Mobile As Main compute platform: New UI and Augmented Reality Social Networks and emails Content Creation/consumption 1 Device to multiple screen (e.g LCD screen and TV via HDMI) Evolving Processing Demand: Graphics Complexity multiplied by 25 Increase in screen size (1080p resolution support). Graphics API: Khronos OpenGL ES, Microsoft DirectX 11 Compute API: OpenCL, Renderscript Compute and Direct Compute. After this overview, […] 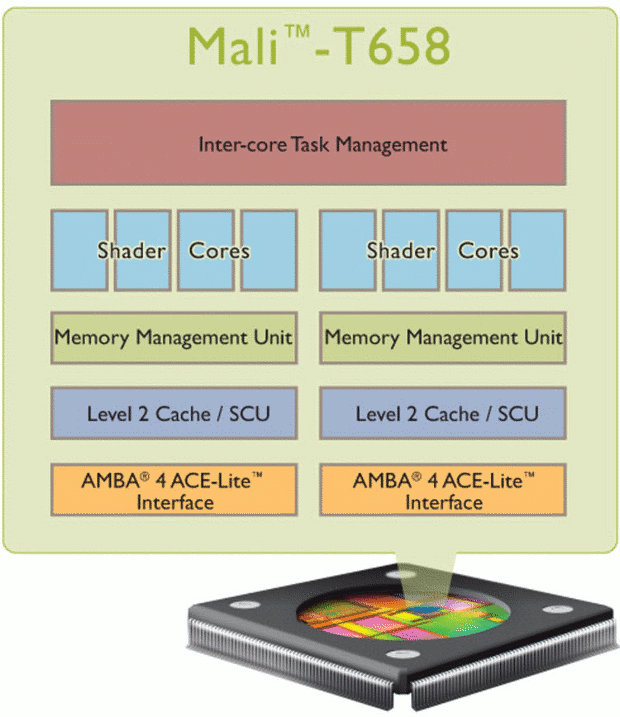 About one year ago, ARM announced the Mali-T604 GPU which has yet to be used in current products. Yet today, ARM announced an even more powerful GPU called Mali-T658 in Tokyo at Japan ARM Technical Symposium. Mali T658 is based on Midgard GPU architecture (as is Mali T604) which allows great GPGPU capabilities thanks to three types of pipeline (‘tri-pipe’) optimized repetitively for arithmetic, load/store and texturing. The GPU will also support standard graphics APIs such as Khronos OpenGL ES, OpenVG andMicrosoft DirectX® 11) as well as Compute APIs such as Khronos OpenCL (Full Profile), Google RenderScript compute and Microsoft DirectCompute. Performance-wise, Mali-T658 has twice as many shader cores and double the arithmetic pipelines per core which means the GPU can offer up to 10 times the performance of the Mali-400 MP GPU. On the compute side, Mali-T658 provides 4 times the processing power of Mali-T604. Mali-T658 will work with […]