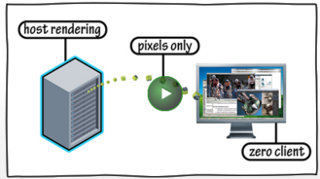 Earlier this year, I discovered PCoIP (PC over IP) , a remote desktop protocol that provides basically the same functionality as VNC or RDP, but promises better performance on low end hardware by using different compression methods depending on the content on the display. Teradici, the company behind this technology, has today announced its next-generation Tera2 processors specifically designed to handle PCoIP by hardware: TERA2220 dual display host processor – 150 Mpps (Megapixels per seconds), supports up to two displays at 1920×1200 resolution, or one at 2560×1600. TERA2240 quad display host processor – 300 Mpps, supports up to four displays at 1920×1200 resolution, or two at 2560×1600. TERA2321 dual display zero client processor TERA2140 quad display zero client processor Both Tera2 host processors include advanced security features such as AES-256 and NSA Suite B security protocols, and are capable of refreshing the full display at up to 60fps. Tera2 PCoIP zero client features include: DisplayPort added to existing DVI and VGA interfaces […] 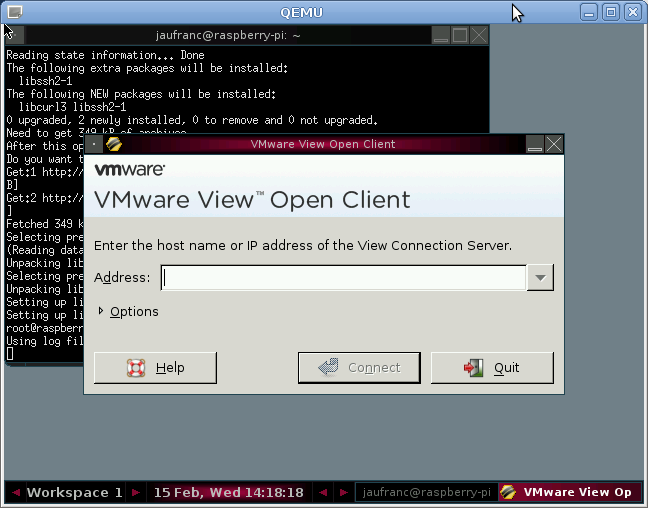 Earlier this month, I wrote an article about PCoIP Technology which shows an Android application (VMWare View) running on an OMAP4 Tablet displaying a Windows 7 desktop. This remote desktop technology relies on a powerful server to do the processing and thin clients (in that case Tablets) to display the desktop. Since only pixels are transferred any OS (supported by the server) could be displayed in the thin client. That made me wonder if there was an open source PCoIP client that could run on low end Linux client such as the Raspberry Pi. VMWare View Open Client provides just what we need, but is only available in source code so we need to cross-compile it for ARM or build it in an ARM machine. Today, I’ll show the instructions I followed to cross-compile it for ARM in Debian using Emdebian Toolchain. First download and extract VMware View Open Client 4.5 source code: Install some tools on the build machine: […] 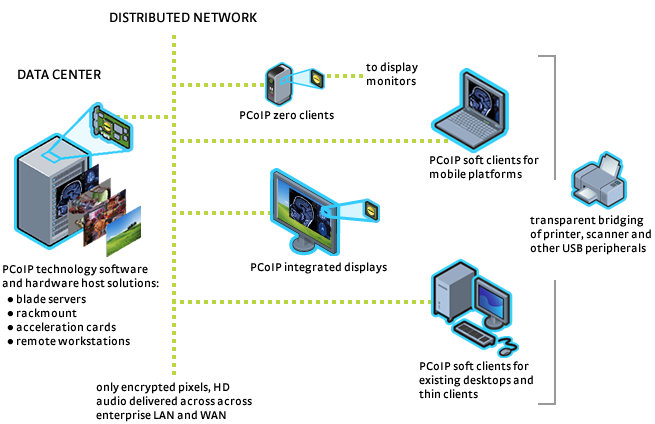 Teradici has developed PCoIP (PC-over-IP) protocol, a technology that allows to  run a full desktop remotely over the network on thin clients, desktops, integrated displays, laptops and even Android tablets. The PCoIP protocol compresses, encrypts and encodes the entire computing experience at the data center and transmits it ‘pixels only’ across any standard IP network to stateless PCoIP zero clients. The PCoIP protocol is implemented in silicon for hardware accelerated performance and in software in VMware View. It supports high resolution, full frame rate 3D graphics and HD media, multiple large displays, full USB peripheral connectivity, and high definition audio all via LAN or WAN networks. A typical network made of PCoIP clients is shown below. Teradici emphasizes three key features of PCoIP technology: PCoIP technology uses host rendering Most other remote desktop technologies uses client rendering which may not be optimal and requires somewhat powerful clients. PCoIP uses host rendering which fully preserves the PC environment and only broadcasts […]