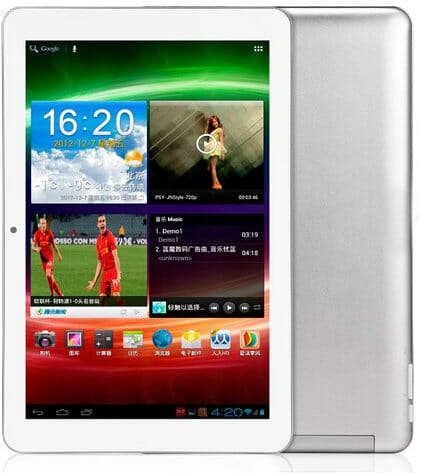 One of my reader, Alex, pointed me to Ramos W32 Tablet, which appears to be the first Android tablet built around Intel Atom Z2460 (Medfield), although the processor has been unveiled in January 2011, and smartphones such as Lenovo K800  have been available for nearly half a year. I suppose the delay between tablets and smartphones releases is because whereas the first smartphones could be based on Android 2.3.x (gingerbread), tablets would have to use Android 4.0.x (ICS) or greater to have a proper large screen interface. Here are Ramos W32 Tablet PC specifications: SoC – Intel Atom Z2460 @ 1.6GHz with PowerVR SGX540 GPU System Memory – 1GB RAM Storage – 16GB Nand Flash, microSD card socket (Up to 32GB) Display – 10.1″ Capacitive Screen IPS Display (1280×800) Connectivity: Bluetooth WIFI 802.11 b/g/n 3G via external 3G dongles such as E1916, ZTE AC2736, HUAWEI E1750, HUAWEI EC122, HUAWEI EM770W […]