Since I was in urgent need for a 5V/3A power adapter, I decided to go shopping locally (in Chiang Mai, Thailand) at some computer shopping malls, where they also have some spare parts. We spent about 1h30 visiting around 10 shops with no success: most of them did not have 5V power supply for sale, and those who did, could only provide 5V/2A power adapters. Finally, one guy at a shop was very helpful, and tried to help us without success, but finally  he said you should go to “Amorn“, and after driving a few kilometers we got there. When I entered the shop  I started to see some pretty interesting equipments: multi-meters, full sized oscilloscopes from 11,000 Bath (~370 USD), electronics cards for appliances (ventilators washing machine, car audio, amplifiers…), soldering irons, ribbon cables, components (capacitors, but no resistors), and much more. It turns out “Amorn Electronics Center” has branches all over Thailand in Bangkok, Chiang Mai, Udon Thani, Phuket, Khon Kaen and many more places.

I just went shopping for a power adapter, but I ended buying many more things, and I’ve spent exactly 1,000 Baht (around $33 US), mostly in Amorn, but also in one other shop, and prices appear comparable, and in some cases, even cheaper than in Dealextreme or AliExpress

. So here’s what I got (Correct me if I’ve used the wrong vocabulary for the tools below): 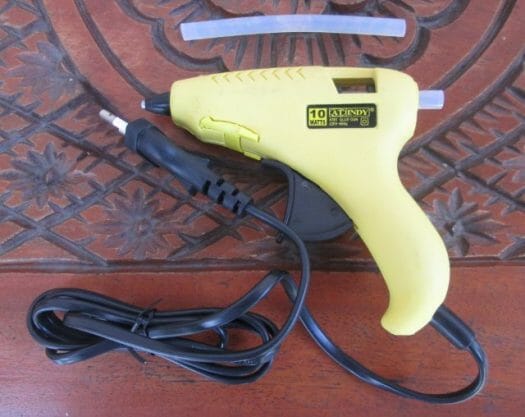 Yes! The power supply I needed! It cost me 290 Baht ($9.72) in Amorn, which is more than I expected, but it’s so difficult to buy locally if you don’t know where to shop, I was happy to find it! 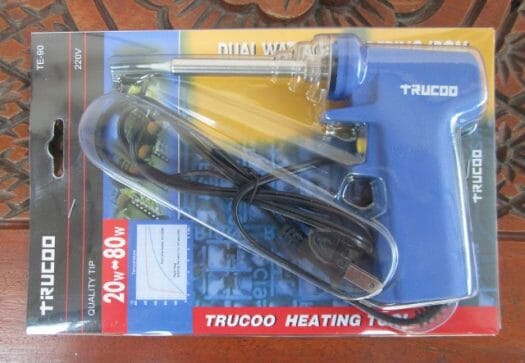 A dual wattage (20W -> 80W) soldering iron for 120 Baht (~$4) in Amorn. I wanted a proper temperature controlled soldering iron, but they did not sell it. They also have other models for sale including one for 60 Baht ($2) with a wooden handle, but the tip was quite large, and probably only good for DIP components soldering. I’ve already tried my new toy, soldered some wires to the UART pins of my HI802 dongle, and it worked just fine at 20W, which mean I don’t need to use sticky tape anymore :p. 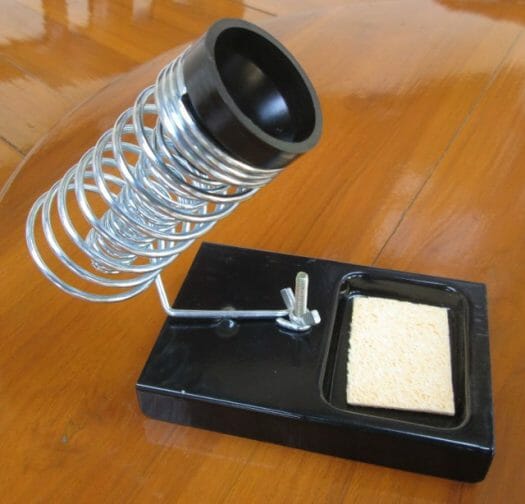 That’s it, I was glad  to find shops with useful tools for tinkerers in Chiang Mai, and I was surprised at how many things I could buy for $33. If readers based in Thailand have some more tips or places to shop for this type of tools, or even components, comments are more than welcome.

There’s at least one online Thai electronics shop (http://www.taydaelectronics.com/). Not sure if their prices are quite as good, but they do have resistors 🙂

I am not Thai (I am Indonesian), but I’ve been living in Chiang Mai for several years.

I usually buy stuff online from http://www.es.co.th, the price for components (IC, microcontroller) are quite cheap, but the price for kits and programmers are expensive.

It looks like you’ve got a good selection of tools to get started with hardware hacking!

Here in Australia we have Jaycar Electronics, as well as Altronics, although I think they’re mainly mail-order. There’s also Dick Smith Electronics, but they’ve been progressively pushing out the DIY side of things since Mr Smith sold it to Woolworths thirty years ago. Now they mostly want to sell consumer electronic devices, although many still have some tools tucked away in the back.

sO DID YOU GET YOUR POWER SUPPLY? Why not just use Ebay?

@seanKPS
Yep I did. Ebay would have taken a longer time, and I’d have taken the risk of getting the wrong plug size.

@onebir
@Yohanes Nugroho
Thanks. Useful links, I’ll check them out.

Hi,
i’m curious.
I would know where you bought the wire stripper…
I’m interested because i think it’s very useful.
Thanks

…but how did you make to purchase?
I have just gone on that site and i haven’t found no link to place order.
Can you explaine me how to do?
Thanks.

@Roby
I drove my car over there 🙂

Ahhhhhhh….. ok!!
I haven’t read all your post.
Thanks.

Basically, everything that is in this shop is useless chinese junk. The desolder pumps don’t work, the soldering irons don’t get hot, the tools all break. Don’t waste your time here.