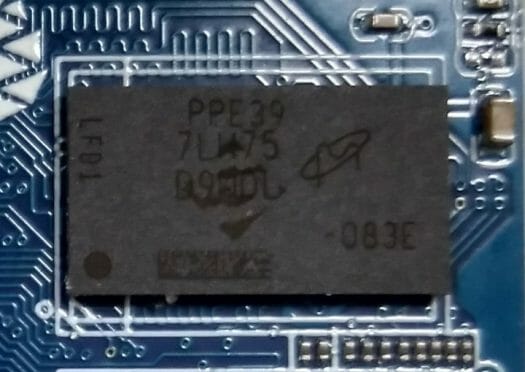 SDRAM chips often come in compact FBGA (Fine-Pitch Ball Grid Array) packages, which do not leave enough space to write the full part number. So instead component manufacturers rely on abbreviated part markings that often have nothing to do with the actual part numbers.

For example, the Micron SDRAM chip above has markings that read “PPE39 7LW75 D9WDL”. We know it’s a Micron part because of the logo, but if you search any on the number on the chip, you won’t find anything on the web.

Instead, you need to look for the marking decoder from the chip company. Micron calls it the FBGA and Component Marking Decoder. Usually we need to use the second number on the chip, but in that case, it did not work, and I had to use the third number. 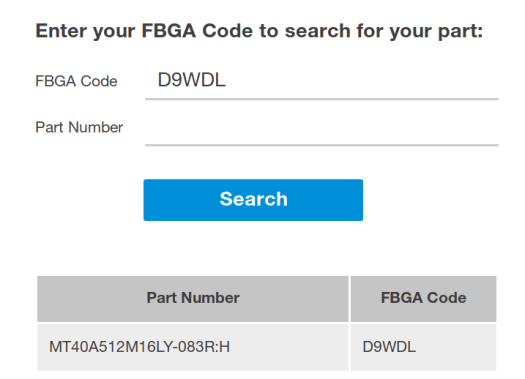 I got my answer. Somehow the company does not link to any product page. Searching for MT40A512M16LY-083R:H only links to Chinese pages or eBay listings. But searching MT40A512M16LY does lead us to the product page of a similar part (MT40A512M16LY-075:E) where we learn the chip is an 8 Gbit DDR4 memory chip.

Now try working out what a random SOT package is from the 2 or 3 characters written on it. 😉

Get a little closer and maybe you could decode the PDF417 code etched near the lower edge.