We’ve already covered several ESP32 boards with Ethernet including Olimex ESP32-GATEWAY and Silicognition wESP32, and I’ve just noticed Espressif also made its own with ESP32-Ethernet-Kit.

Modtronix Engineering has another take with esp32MX-E board that beside Ethernet also exposes a USB-C port, a MicroSD card slot, and also adds an STM32F0 microcontroller acting as an I2C I/O expander. 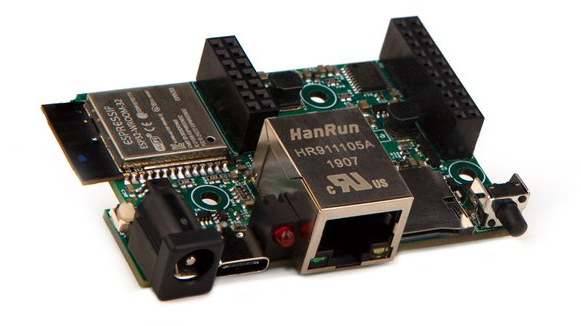 The company is also working on an esp32MX-EP board that will replace the MicroSD card slot with circuitry to add IEEE 802.3at-compliant Power-over-Ethernet (PoE) support.

You can find esp32MX-E documentation, schematic, PCB files, and later on software on GitHub. Modtronix also provides prototyping daughter boards and an enclosure for their ESP32 board. 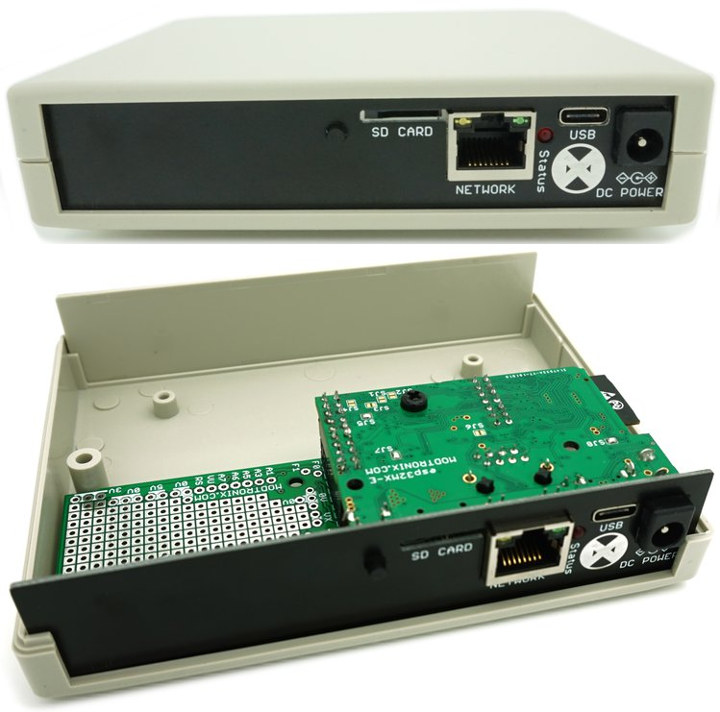 esp32MX-E has just launched on Crowd Supply with a lowly $1,000 funding target. Rewards start at $30 with the board only, getting the industrial version adds $2, and getting a kit with the board, daughterboard and enclosure above requires a $37 pledge. Shipping is free to the US, $7 to $10 to the rest of the world depending on the selected reward, and backers should expect shipment at the very end of January 2020 if everything goes according to plans.

It’s worth noting that Olimex have ESP32-POE and ESP32-POE-ISO , which are Olimex’s Power Over Ethernet boards (non-isolated and isolated versions).

Not sure if worth adding to that table as it would become a little messy.

This is pretty cool. What would be the use case?

Any idea what chip are they using for the ethernet phy?

Hi, sorry for late reply! I did not see these questions earlier. It uses the Microchip LAN8720AI PHY chip.