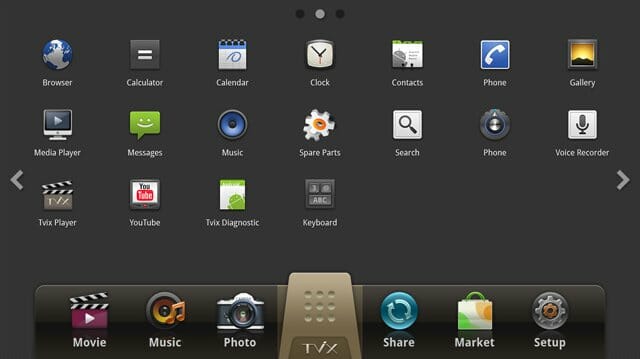 Back in November 2010, Sigma Designs and Dvico announced the first Android Set-top Box based on SMP8656 series would be available by Q1 2011. However, porting Android to a media player platform is rather time consuming and TViX XROID A1 is not yet available (August 2011). Digital Versus got a pre-release version, but the firmware is still not stable enough for them to provide a meaningful review. Dvico has nonetheless setup a webpage for XROID A1 with the specifications, features, firmware and user manual for the lucky ones that could get a pre-release hardware. Here’s a summary of the specifications: Main Chipset Sigma Design SMP8657 + Android 2.2 (Froyo) Memory Main: 512MB DDR SDRAM / Flash: 512MB Maximum Resolution up to 1920 x 1080P Video Formats (Containers) MKV, AVI, VOB, ASF, WMV, MPEG1/2/4 Elementary, MPEG1/2 PS: M2P, MPG, MPEG2 Transport Stream: TS, TP, TRP, M2TS, MTS, MOD, and TOD, ISO, […]

Netgem announced the release of its “Home Cloud” SDK based on IPTV 2.0 open architecture. Here’s an excerpt from the press release: Paris, France  March 15 , 2011  Netgem, an IPTV technology leader, has announced it has made its Home Cloud software development kit (SDK) available to application developers, Internet service providers and operator partners. Netgem is further developing its partner ecosystem to enable third parties to take advantage of its IPTV 2.0 open architecture. This application framework is designed for the development of  live and on-demand TV and multimedia applications. Using the open and fully documented APIs telecom operators and their partners can develop their local ecosystem of applications and services to differentiate their offering from competitors. Since Netgem is a pure technology vendor it does not interfere with the economics of the relationship between operators and developers, who are able to share 100% of the revenue. The full […] 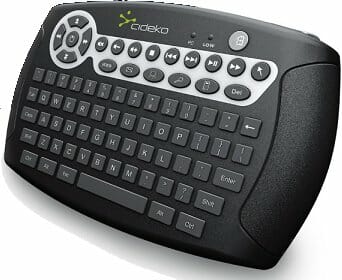 Cidecko, a Taiwanese company, demoed its new Android media player the Cidecko Simple Box AB03 running Android 2.2 on an undisclosed  500 Mhz CPU  (Based on this frequency, could it be one of Sigma Designs SMP8650 series, e.g. SMP8653?) at CeBit 2011. They have an innovative remote control (named Air Keyboard AK02d) in the shape of a game controller with a full keyboard, an accelerometer and of gyroscope to control the menu. The set-top box has HDMI, component (YPbPr) and composite video outputs, optical audio output, 2x USB Host, an SD card reader (supports SDHC),  an Ethernet port and support Wifi (802.11n)  via an external dongle. Although it’s running Android 2.2, note that it does not support full flash, but only Flashlite 9.0. It can support the most popular video codecs including MPEG-2, MPEG-4, H.264/AVC, RMVB and VC-1 and audio codecs such as MPEG, Dolby, DTS.. The retail price of the […]

CES 2011 will be held in Las Vegas 6-9 January 2011 featuring 2700 exhibitors, including manufacturers and service providers for the audio, digital imaging, home theater, wireless, content and gaming markets. Here are what may be the main attractions to look for at the event: Lots of Tablets: Motorola is expected to demo Android 3.0 (Honeycomb) with a 10″ tablet based on NVidia Tegra 2 and announcement about Samsung Galaxy Tab 2 (probably using the Tegra 2 as well) . Here’s a list of companies that will exhibit their tablets at CES 2011: Acer – 7″/10″ Tablets running Android and Windows 7 Archos – Archos Gen 8 Devices: Archos 28/32/43/70/101 running Android Asus – Eee Pad running Windows 7 and Android (March 2011 release) Creative – ZiiO Pure Wireless Entertainment Tablets running Android. Dell – 7″ Dell Streak running Android. Entourage – Dual screen tablet (similar to the Kno) called […] 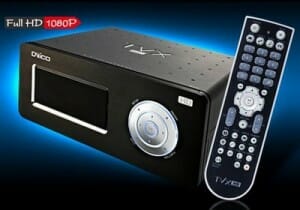 [ad#Google Adsense – Wide Banner] At last, it seems an Android set-top box based on Sigma Designs SMP865x is going to hit the market soon, most probably Q1 2011. Divco – a Korean company – will bring Tvix Xroid A1 to market. Here are some extracts of the press release: Sigma Designs (Nasdaq: SIGM), a leading provider of system-on-chip(SoC) solutions used to deliver entertainment and control throughout the home, today announced its SMP8656 Secure Media Processor™ will enable the new Android-based Over the Top (OTT) media player by Dvico. The TVIX Xroid A1 is the first Android connected media player on the market to use Sigma’s cutting edge media processor to deliver premium quality video and music streaming services. …. Dvico’s upcoming “Android TVIX” supports all the multimedia functionalities of current TVIX, as well as native Web-browsing and downloading of Android applications. It will offer open API that can be […]

I have seen some people google for the default root password for sigma designs boards and they ended up in this blog without any answer. So I’ll provide some kind of answer. In the serial port console, once you get to the username/password prompt, the root password is… there is none, just press “Enter”. This is the default behavior in Sigma Designs SDK, it’s quite possible the root password has been changed for the device you are trying to access. In case telnet or ssh is enabled, you may try one of the default users in /etc/password, that may not have been disabled by the development team e.g. ftp, man, nobody,default, etc… and try to login without password, by just pressing “Enter” at the password prompt. Once you are logged-in as a normal user, type “su” to become super user, press “Enter” if you are being asked for a password. […]