Cloud Media must have noticed the shortcomings of Rockchip SDK and RK3288 processor found in their Open Hour Chameleon box with pseudo 4K video playback and only partial audio pass-through capability, and the company have not given up on more traditional Linux based media players with a proven track record, as they’ve just announced Popcorn Hour VTEN featuring the latest Sigma Designs SMP8757 SoC with 4K video output.

The system runs the company’s NMJ Media Jukebox application. Sigma Designs is a company strongly believing in the benefits of closed source software, so don’t expect much from them in terms of complying with open source licenses, except possibly the Linux kernel. 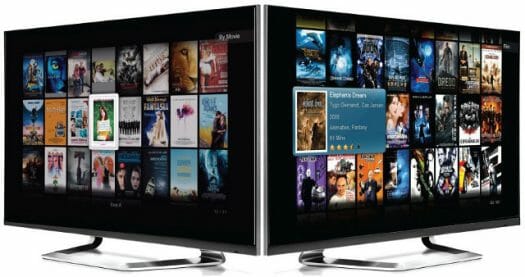 Had one of the first Popcorn hours. Sigma design. No thanks.

Have to agree, did play around with their A400 model… No thanks, not going to touch their stuff again, unless they really start to play ball with GPL.

Does it run XBMC/Kodi?

Popcorn & Openhour? Stay away from it, awful awful software always..

Harley :
Does it run XBMC/Kodi?

They will claim it does, but it won’t, at least not properly.

@Narakorn Songkittirote Rout
Are you sure? It only says “NMJ (Network Media Jukebox)” which is their own software based on the Sigma Designs SDK

After more research it looks like it will be closed source and not run XBMC/Kodi, just as all previous media players in Sybas Popcorn Hour series.

of all the media players I’ve had, those based on Sigma have had easily the best / stable video playback with the simplest of GUI, still outperforming Android models based on whatever latest SoC you can think of. (no SMB buffering, auto framerate switching, HD audio …)

@Jean-Luc Aufranc (CNXSoft) My bad, official page does quote SMP8757, but cant anything on Sigma about it thou

@FatMatt
I remember with older processor Sigma Designs had a version with Macrovision, and another with adding 1 to the part without Macrovision, so it must be something like that.

Popcorn/ CLOUDMEDIA doesn’t have SENSE-of-RESPONSIBILITY for their legacy products. For example, poor C-200 is abandoned, left without support, no firmware fix since 2013. They know C-200 has dozens of bug that can be fixed by updating the firmware. But they chose to abandon C-200, rotten in the hell. I will never buy PopCorn products anymore. Will you buy a product that will be rotten obsolete? MKV files with new codec appears, maybe one new codec every three months. Without new firmware, even newest VTEN will be failed to handle these MKV files with the new codec. So …. ?

I’ve been using a C200 since late 2009. It has been rock solid.
I also have a couple of A400s which work great and I recently picked up a VTEN. Since the VTEN is new it does need some updates to fix somethings. But they usually squash major bugs quickly.

I have owned many popcorn hour devices and have found them to be by far the best players out there, even play direct from iso file, superb network media players, 50 gig 3d movie no problem, to compare these players with android player is just like comparing a Ferrari to a lada? Far superior vxp processing, audio dac’s etc etc. Thew popcorn hour c-300 has played every file ive thrown at it with ease, auto downloads movie info, auto downloads subtitles in whatever language you tell it, g8 movie wall. Only concession i will make is that gfor the older… Read more »

I love my popcorn hour C-200 and see no replacement for it. That’s strange.