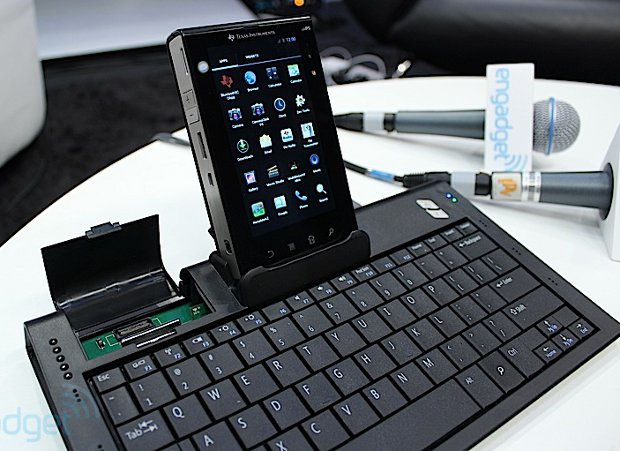 Texas Instruments announced it was developing the OMAP 5, the first Cortex A15 processor, in February 2012. This year at CES 2012, Texas Instruments unveiled OMAP 5-based reference design / development platform running Android 4.0.1 to Engadget. Remi El-Ouazzane, VP of OMAP at Texas Instruments, explains: “This is the greatest platform on Earth right now… way ahead of Apple, and it’s the first Cortex-A15 (which runs 2x faster than the Cortex-A9) product on the market. When running two Cortex-A15 chips at 800MHz, it’s more or less the same performance as running two Cortex-A9s at 1.5GHz. You’ll see [commercially available products] ramping up with this stuff in late 2012 or early 2013. We are also running Windows 8 on the latest OMAP; it runs perfectly well, and we’ve been working very closely with Microsoft. We’re working on multiple form factors — tablets, thin-and-lights — and we think ARM is going to bring tablets to the masses.“ He also told Engadget to […]

Katie Morgan interviews Brian Carlson, OMAP Product Line Manager – TI, at ARM Techcon 2011. They talk about current products using OMAP4 such as the Amazon Kindle Fire, Motorola Bionic, Motorola Razr and Toshiba AT200. Then they discuss about OMAP 5. Brian explains that OMAP 5 is an extension of OMAP 4 so that once you write software for OMAP 4 it will run on OMAP 5, so the transition is very easy. Products using OMAP 5 will start shipping end of 2012, beginning of 2013. They also talked about the new Cortex-A7 and big.LITTLE processing, but it seems there is no formal announcement from TI on the matter, right now. Finally, they showed two demos: an OMAP4 platform streaming 1080p video stream from Netflix and an augmented reality demo where you show a picture to the camera to start a video on the phone. Jean-Luc Aufranc (CNXSoft)Jean-Luc started CNX Software in 2010 as a part-time endeavor, before quitting his […] 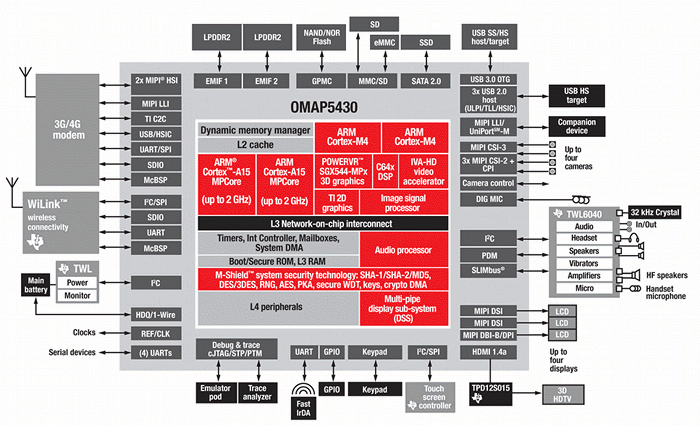 Texas Instruments announced its new generation of mobile chips OMAP 5 based on the latest ARM core Cortex A15.  Press release excerpt: DALLAS (Feb. 7, 2011) /PRNewswire/ — Texas Instruments Incorporated (TI) (NYSE: TXN) announced today the next generation of its popular OMAP™ family: the OMAP 5 mobile applications platform, which is positioned to transform how mobile devices, such as Smartphones, tablets and other mobile form factors are used, making them even more valuable in our daily lives. … The 28 nanometer OMAP 5 applications processors carry on the OMAP family tradition of delivering significant increases in performance and functionality, while lowering power consumption compared to their predecessors. Specifically, they offer up to 3x processing performance and five-fold 3D graphics improvement, yet provide a nearly 60 percent average power reduction compared to a sample user experience on the OMAP 4 platform. Additionally, the OMAP 5 platform’s software is designed for maximum reuse to ease migration from the OMAP 4 platform. […]