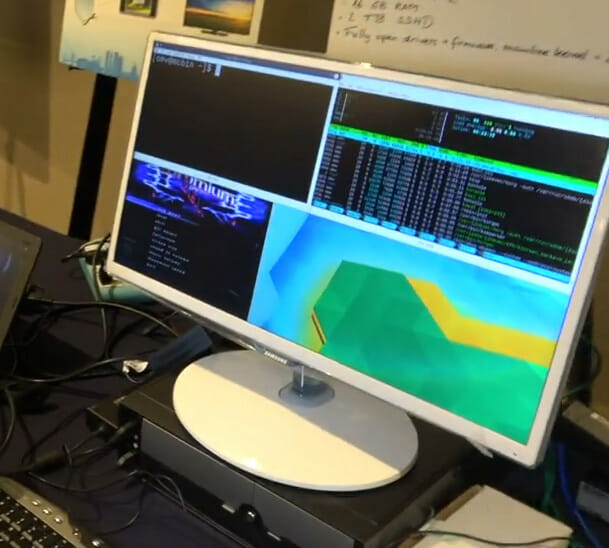 2017 may be the year of the (ARM based) Linux desktop, sort of. We’ve already seen GIGABYTE ARM development PC powered by a Socionext SC2A11 Synquacer 24-core ARM Cortex A53 processor that will be available in December, and apparently working fairly well already. But there are even more options, as Bernhard Rosenkränzer (Bero) from the Linaro Mobile Group, and unofficial Linaro superstar, has decided to create his own ARM based desktop and laptop, based on respectively MACCHIATOBin board with a Marvell ARMADA 8040 quad core Cortex  A72 processor, and DragonBoard 820c board with a Qualcomm Snapdragon 820 quad core Krait processor. Since MACCHIATOBin board complies with mini-ITX form factor, he could simply use off the shelf parts with a standard desktop case with power supply, NVIDIA or AMD Radeon graphics card, 16GB memory modules, and a 2 TB SSD drive. The AMD Radeon card fried due to overheating, so the […] 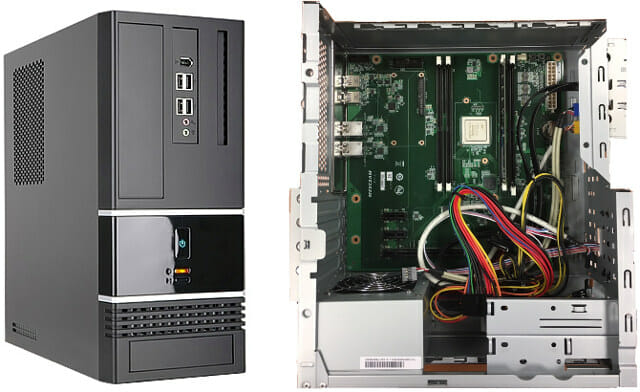 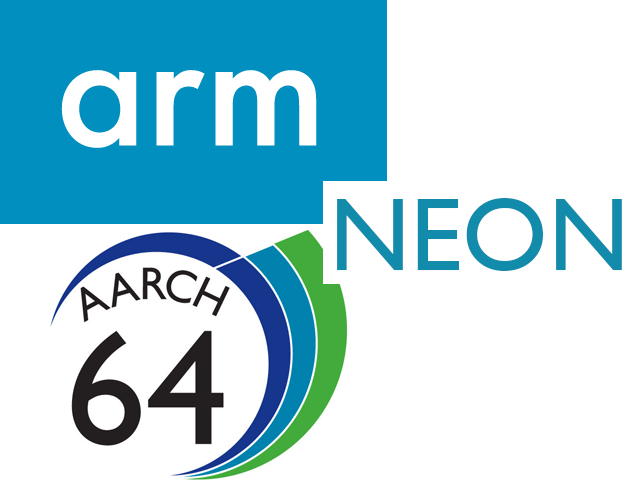 This is a guest post by blu about an issue he found with a specific instruction in ARMv8 NEON. He previously wrote an article about OpenGL ES development on Ubuntu Touch, and one or two other posts. This is not a happy-ending story. But as with most unhappy-ending stories, this is a story with certain moral for the reader. So read on if you appreciate a good moral. Once upon a time there was a very well-devised SIMD instruction set. Its name was NEON, or formally — ARM Advanced SIMD — ASIMD for short (most people still called it NEON). It was so nice, that veteran coders versed in multiple SIMD ISAs often wished other SIMD ISAs were more like NEON. NEON had originated as part of the larger ARM ISA version 7, or ARMv7, for short. After much success in the mobile and embedded domains, ARMv7 was superseded by […] 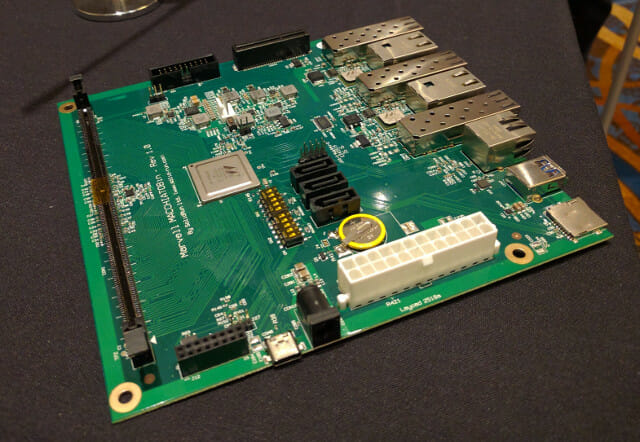 We’ve already seen SolidRun is working on a Marvell ARMADA 8040 quad core Cortex A72 community board for networking and storage applications, but based on a picture taken at Linaro Connect, the company is also working on a similar board with extra connectivity options called MACCHIATOBin. Apart from the picture, there’s no info on the web about this board, so we’ll have to derive specs from the photo, the community board features, and info provided by Marcin Juszkiewicz, so all details are preliminary and subject to change: SoC – ARMADA 8040 (88F8040) quad core Cortex A72 processor @ up to 2.0 GHz System Memory – 1x DDR4 DIMM up to 16GB RAM Storage – 3x SATA 3.0 port + micro SD slot Connectivity – 1x Gigabit RJ45 port, 1x SFP SGMII @ 2.5Gbps, 2x 10Gbps copper (RJ45) with auto switchover to dual SFP+ Expansion – 1x PCIe-x4 3.0 slot, Marvell […] 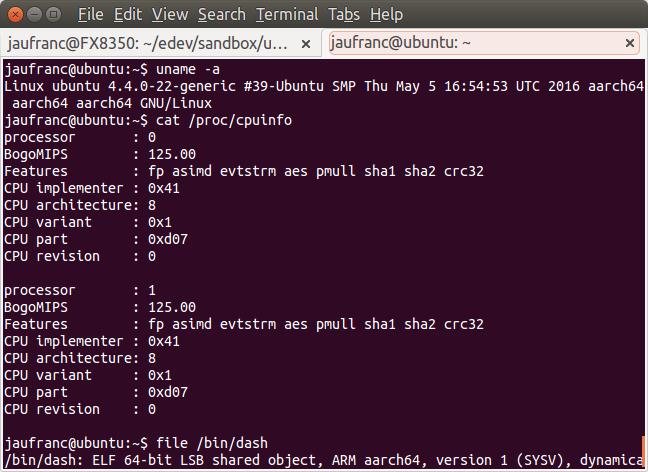 With the recent launch of several low cost Cortex A53 development boards, 64-bit ARM hardware is now pretty common and inexpensive, but if you want to run 64-bit ARM code on your x86 Linux computer, Riku Voipio, a software engineer working for Linaro, wrote some instructions to run Ubuntu 16.04 Aarch64 Cloud image in QEMU. Ubuntu cloud images are “the official Ubuntu images and are pre-installed disk images that have been customized by Ubuntu engineering to run on public clouds that provide Ubuntu Certified Images, Openstack, LXD, and more. ”  So the instructions are also useful if you want to easily try such packages on 64-bit ARM platform. I’ve tried those instructions myself on my Ubuntu 14.04 machine with and AMD FX8350 processor, and they worked pretty well, and the only things I had to find out by myself was to install a recent version of qemu. First, we’ll need […] 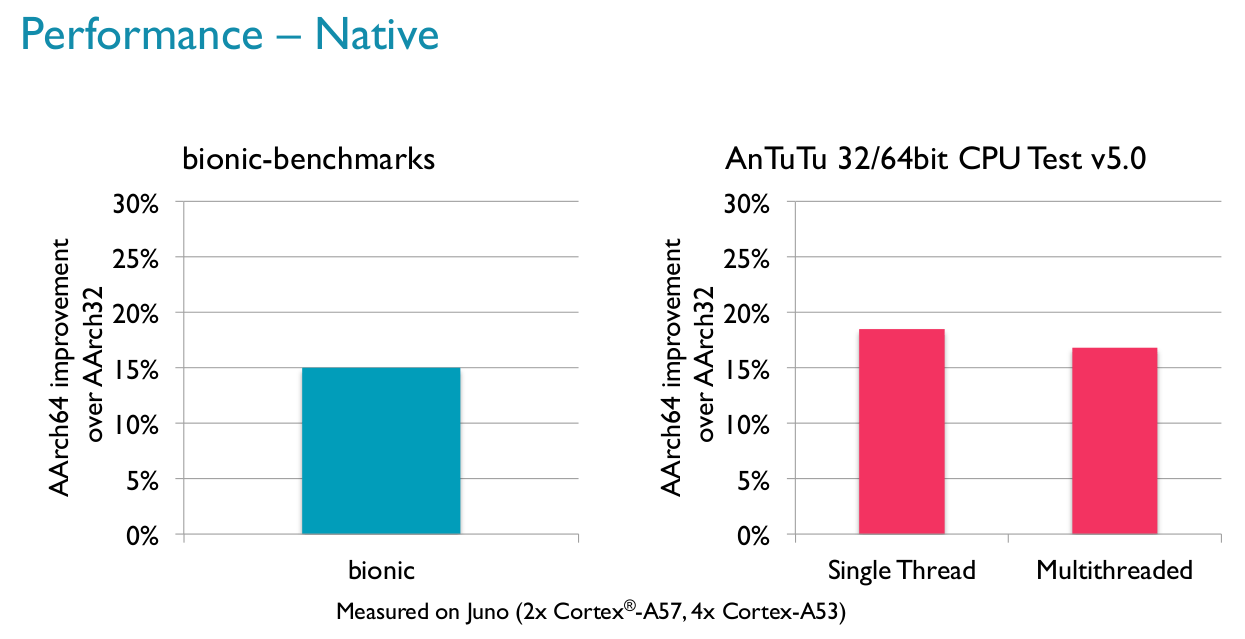 Yesterday was quite an eventful day with the launch of two low cost 64-bit ARM development boards, namely Raspberry Pi 3 and ODROID-C2, and as usual there were some pretty interesting discussions related to the launch of the boards in the comments section. One of the subject that came is that while Raspberry Pi 3 board is using a 64-bit processor, the operating systems are still compiled with 32-bit instructions (Aarch32) and even optimized for ARMv6, and they intend to keep it that way according to Eben Upton interview: Eben readily admits that not all the capabilities of the new parts are going to be used at launch, however. “Although it is a 64‑bit core, we’re using it as just a faster 32-bit core,” he reveals about the Pi 3’s central processing unit. “I can imagine there’d be some real benefits [to 64-bit code]. The downside is that you do […] 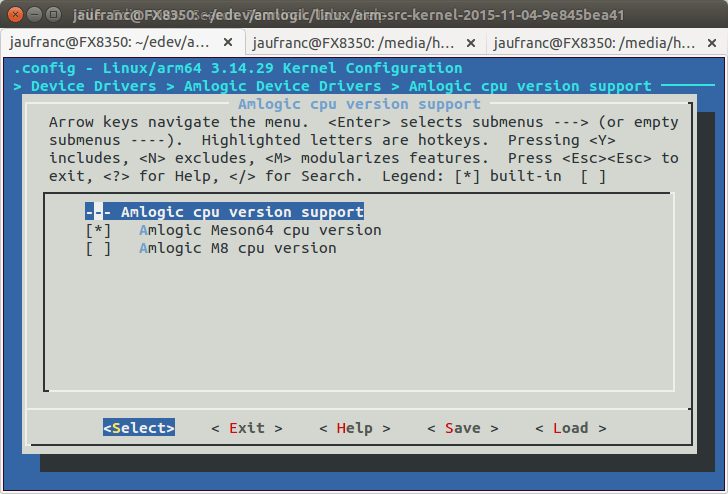 Amlogic has an open linux website where they regurlarly release GPL source code, and with Amlogic S905 devices coming to market, they’ve released a few tarballs at the beginning of the month including Linux 3.14 source code, U-boot source code, and Mali-450MP GPU kernel source code (obviously not userspace), as well as some other drivers for WiFi, NAND flash, PMU, TVIN, etc… Let’s get to the download links: Linux 3.14.29 source code U-boot 2015.01 GPU drivers for ARM Mali-450MP Broadcom and Realtek Wifi drivers and firmware (November 4, 2015) can be found @ http://openlinux.amlogic.com:8000/download/ARM/wifi/. Other kernel modules (November 4, 2015) @ http://openlinux.amlogic.com:8000/download/ARM/modules/. I quickly tried to build the Linux source. If you’ve never build a 64-bit ARM kernel or app before, you’ll fist need to install the toolchain. I installed the one provided with Ubuntu 14.04:

Now extract the tarball and enter the source directory: 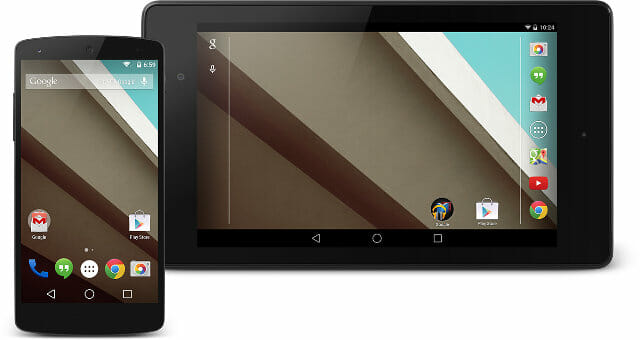 Google I/O is taking place right now in San Francisco, and the company made several announcements. Although they have not announced the full codename of Android 5.0, referring to the next version as “Android L” (Lollipop would be nice though), but they’ve already documented the key changes made to Android L, and a developer preview will be released later today (26 June), together with binary images for Google Nexus 5 and Nexus 7. Beside the smartphone and tablet developer preview, there will be 3 other SDKs for Android L: Android Wear SDK – Android for wearables with sync notifications, wearable apps, data transfer APIs, and voice actions, e.g. “Ok Google, call mum”. Android TV Preview SDK – Android for TVs with pre-built fragments for browsing and interacting with media catalogs, in-app search, and recommendations. Android Auto SDK – Android for the car with apps featuring consistent user experience between vehicles, […]