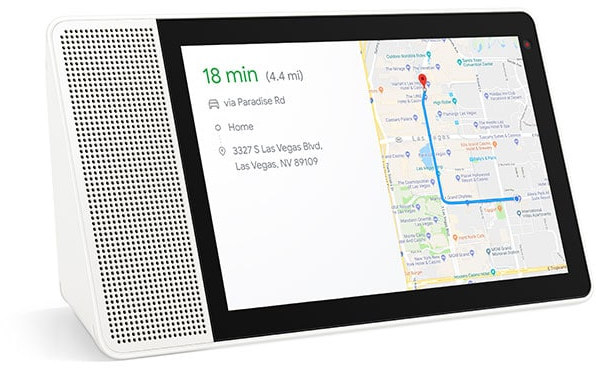 Android Things based smart displays were announced at CES 2018 with companies like Lenovo, LG, JBL, and Sony promising products later this year.  In May, Google announced Google Assistant was now supporting smart displays, and released Android Things 1.0, the first production-ready version of the operating system. With all main software components released a few months ago, the first smart displays with Google Assistant support have now started selling for $199.99 and up courtesy of Lenovo. The smart display is available with either a 8″ or 10″ display. Lenovo Smart Display specifications: SoC – Qualcomm Home Hub Platform base​d on Snapdragon 624 octa-core Cortex A53 processor @  1.8 GHz System Memory – Up to 2GB RAM Storage – Up to 4GB eMMC flash Display (one or the other) 8″ IPS display with 1280 x 800 resolution, 86° Wide Angle 10″ IPS display with 1920×1200 resolution, 86° Wide Angle Audio 8″ […] 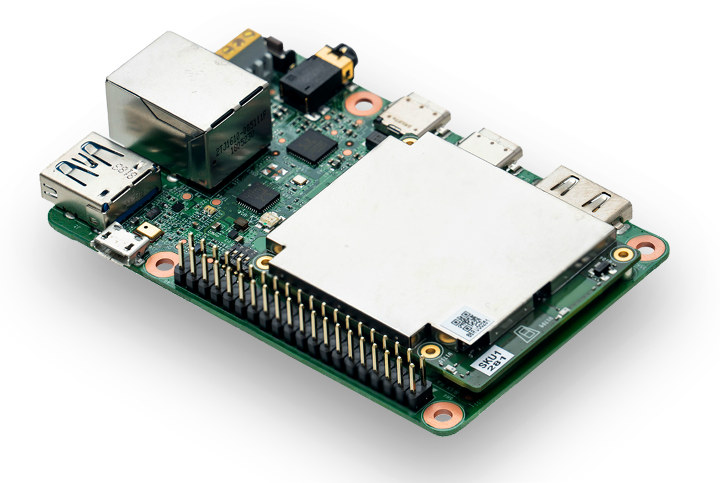 Google introduced artificial intelligence and machine learning concepts to hundreds of thousands of people with their AIY projects kit such as the AIY Voice Kit with voice recognition and the AIY Vision Kit for computer vision applications. The company has now gone further by unveiling Edge TPU, its own  purpose-built ASIC chip designed to run TensorFlow Lite ML models at the edge, as well as corresponding AIY Edge TPU development board, and AIY Edge TPU accelerator USB stick to add to any USB compatible hardware. Google Edge TPU (Tensor Processing Unit) & Cloud IoT Edge Software Edge TPU is a tiny chip for machine learning (ML) optimized for performance-per-watt and performance-per-dollar.  It can either accelerate ML inferencing on device, or can pair with Google Cloud to create a full cloud-to-edge ML stack. In either case, local processing reduces latency, remove the needs for a persistent network connection, increases privacy, and […] 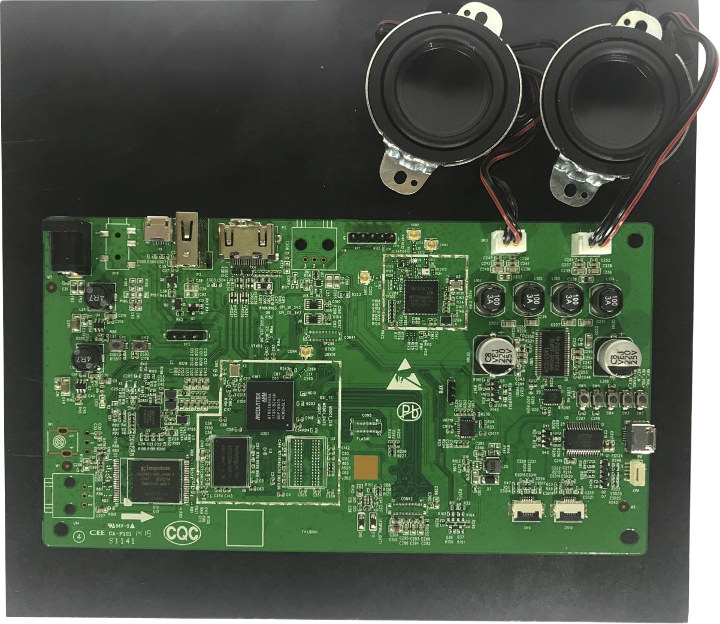 Earlier this month, Google released Android Things 1.0, the first stable release for the IoT operating system, and announced several certified SoMs (systems-on-module) based on NXP i.MX 8M, Qualcomm SDA212 & SDA624, and MediaTek MT8516 SoCs. However at the time, beside some information about the processor itself, there was not many details about MT8516 system-on-module. Since then, MediaTek wrote a blog post about their Cortex A35 solution for Android Things & Google Assistant, so let’s have a look. First the MT8516 SoM is not exactly what I had expected, but instead a complete single board computer, and this is why they call it virtual SoM (vSOM). Google defines the latter as reference design provided by the chip vendors and certified by Google. Mediatek MT8516 quad core Cortex A35 vSoM / development board specifications: SoC – MediaTek MT8516 quad core Cortex A35 processor without GPU System Memory – 4Gbit (512MB) DDR3L […] 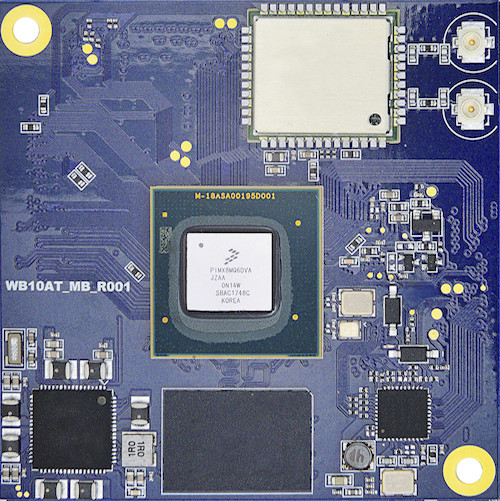 Brillo Project was renamed to Android Things with the release of a developer preview back in December 2014, and the operating system enabling developers and companies to build and maintain Internet of Things devices at scale. The OS has now graduated so-to-speak with the release of Android Things 1.0 with long-term support for production devices, and this was to be expected as several Android Things devices were announced earlier this year. The new release adds supports for new system-on-modules (SoMs) based on the NXP i.MX8M, Qualcomm SDA212, Qualcomm SDA624, and MediaTek MT8516 SoCs. These modules are certified for production use with guaranteed long-term support for 3 years, and development hardware and reference designs for these SoMs will be available in the coming months. The Raspberry Pi 3 Model B and NXP i.MX7D boards and system-on-modules are still supported, but support for NXP i.MX6UL devices will be deprecated. Check out the […] 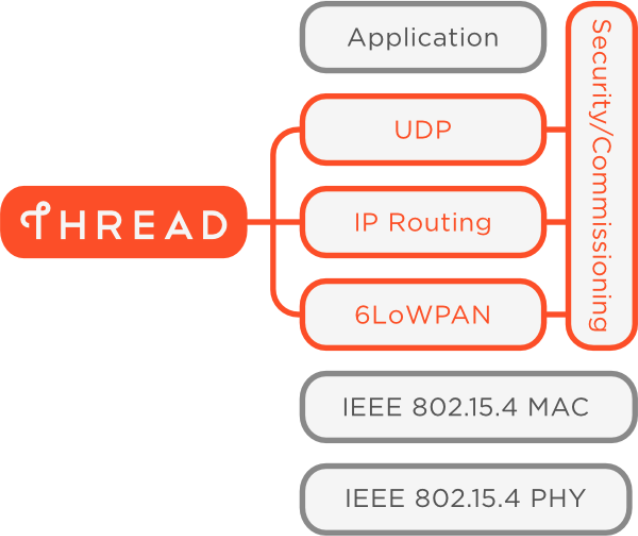 Not to be confused with LPWAN (Low Power Wide Area Network), LoWPAN (Low Power Wireless Personal Area Network) solutions are designed for peer-to-peer usage on constrained battery-powered devices using standard procotols like HTTP and CoAP. Based on 6LoWPAN and 802.15.4, Thread is one of those LoWPAN standards,  and Google has just added API support for configuring and managing LoWPAN as a part of Android Things Developer Preview 6.1, including networking support for Thread. Google explains “these types of low-power connectivity solutions enable Android Things devices to perform edge computing tasks, aggregating data locally from nearby devices to make critical decisions without a constant connection to cloud services”. You can read LoWPAN API guide to learn more details on building your own apps to create and join local mesh networks, but to quickly get started OpenThread running on Nordic Semi RF52840-PDK is recommended. You’ll first need to install the firmware and […] The Eclipse foundation has recently done its IoT Developer Survey answered by 713 developers, where they asked  IoT programming languages, cloud platforms, IoT operating systems, messaging protocols (MQTT, HTTP), IoT hardware architectures and more.  The results have now been published. So let’s have a look at some of the slides, especially with regards to programming languages and operating systems bearing in mind that IoT is a general terms that may apply to sensors, gateways and the cloud, so the survey correctly separated languages for different segments of the IoT ecosystem. C and C++ are still the preferred languages for constrained devices, and developers are normally using more than one language as the total is well over 100%. IoT gateways are more powerful and resourceful (memory/storage) hardware, so it’s no surprise higher level languages like Java and Python join C and C++, with Java being the most used language with 40.8% […] Google Android Things developers announced a production hardware sample based on Intel Edison module: Android Things is focused on helping developers build production ready devices that they can bring to market. This means building custom hardware in addition to the app software running on the Android Things system-on-module (SoM). As a part of this effort we have released Edison Candle, the first in a series of production samples designed to showcase hardware and software designed to work together. The code is hosted on GitHub and the hardware design files are on CircuitHub. That’s what the Edison Candle looks like. It’s just demo hardware to show how to build a product with a system-on-module (Intel Edison) for Android Things with everything released in Github. You can also purchase the board on CircuitHub, but then I saw the price was around $356 for such a simple board (without Edison). That’s quite a […]