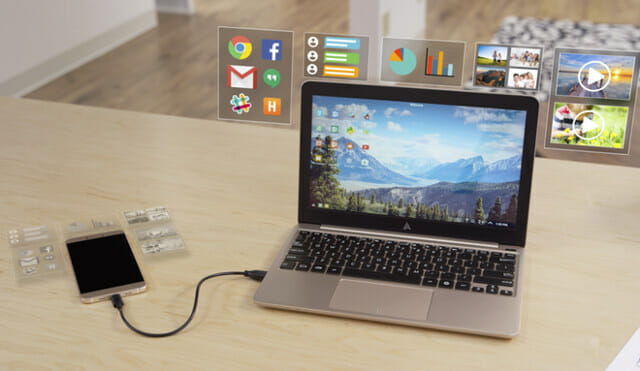 Using a laptop shell with a smartphone is not a new concept, but products like Motorola Lapdock were eventually phased out. But some people think there’s a market here, that Lapdock may just have been ahead of it time, and with smartphone faster than ever, it now makes more sense to use them as laptop too. That’s probably why the Superbook, allowing you to connect your smartphone to a larger screen and keyboard via a USB OTG cable, has just launched on Kickstarter. Superbook specifications: Display – 11.6″ LCD display; 1366×768 resolution Keyboard – QWERTY keyboard with multi-touch trackpad USB – USB type-C port (smartphone with micro B USB  are also supported via an adapter) Misc – Android-specific navigation keys (Home, Back, Menu, Recent) Custom Charging Port w/ Standard US charger Battery – Good for 8 hours or more Dimensions – 19.3 x 28.7 x 1.8cm Superbook also charges your smartphone. […] 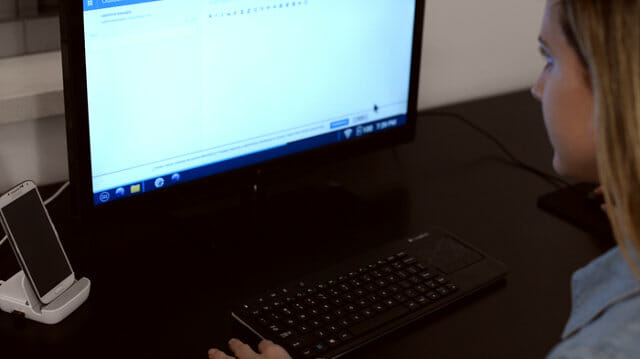 Mobile desktop convergence has been a buzz word for several years now, and people have tried to use their smarphone as a desktop PC for a while thanks to technologies like MHL, which allows an easy connection between a phone and TV. However, mobile operating systems such as Android are not really suited for desktop use, and it can be a frustrating experience, so there needs to be different user interface in desktop and mobile modes for an optimal user experience. Canonical is working on this, and Ubuntu Edge, an ambitious, but ultimately failed crowdfunding campaign, was part of the strategy for convergence. But a team of developers lead by an ex-Google employee has been designed a solution with a desktop OS (Andromium OS) and a docking station that let you use your smartphone as a phone on the go, and as a desktop computer while docked, with Andromium user […]