Linux Torvalds announced the release of Linux Kernel 3.2 on the 4th of January: So 3.2 is out, and the merge window for 3.3 is thus officially open. I delayed 3.2 first a few days to wait for the final linux-next (“final” in the sense that that’s what I’ll fetch to decide whether something has been in linux-next for 3.3 or not), and then some more as people were coming back from holidays and sorting out some regressions. So we do have a few last-minute reverts and small fixes. Still, there’s not a whole lot of changes since -rc7 (shortlog appended), and almost all of them are *tiny*. So despite the few annoying last-minute reverts, I’m feeling pretty happy about it. Linus Linux 3.1 added support for OpenRISC,  Near-Field Communication (NFC) and new power tuning tools called cpupowerutils, as well as support for Xilinx boards and i.MX53 ARD. Linux 3.2 […]

BTRFS (B-tree file system) is a GPL copy-on-write file system for Linux developed by Oracle and is expected to replace ext4 as the default file system in future Linux distributions. Here are the main features of BRTFS (pronounced like Better FS): Extend file system (264 max file size: 16 Exabytes) Copy on write (COW) data and meta-data Space efficient packaging of small file Optional transparency compression (zlib/LZO) Integrity checksumming (CRC-32C) for data and meta-data Writable snapshots Subvolumes Online resize,  defragmentation, device management Multiple device support (pool of storage) Offline conversion from ext3 and ext4 Specialized log for fast sync and O_SYNC writes BTRFS is included in the Linux kernel (since Linux 2.6.29) and can be enabled during installation of several distributions such as Fedora 15 and Ubuntu 10.10, but is not officially the default file system just yet. To learn more about the internal of BTRFS you can watch the […]

The Linux foundation announced Yocto Project Release 1.1 today. This release codenamed “Edison” and based on Poky 6.0 is the the second release of the project, one year after it was announced in October 2010 to provide developers with greater consistency in the software and tools they’re using across multiple architectures for embedded Linux development. The Yocto Project reached the following milestones during the last year: Alignment of OpenEmbedded technology and the inclusion of OpenEmbedded representation in the Yocto Project governance structure. The projects share a common core that consists of software build recipes and core Linux components that prevent fragmentation and reinforce the OpenEmbedded methodology as an open standard for embedded Linux build systems. Contribution of tools and technologies such as Cross-prelink, EGLIBC, Pseudo, Shoeleather Lab (for automated testing) and Swabber have been contributed from Intel, Mentor Graphics, MontaVista Software and Wind River. Commercial adoption with examples such as […] 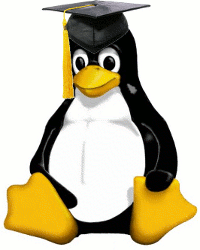