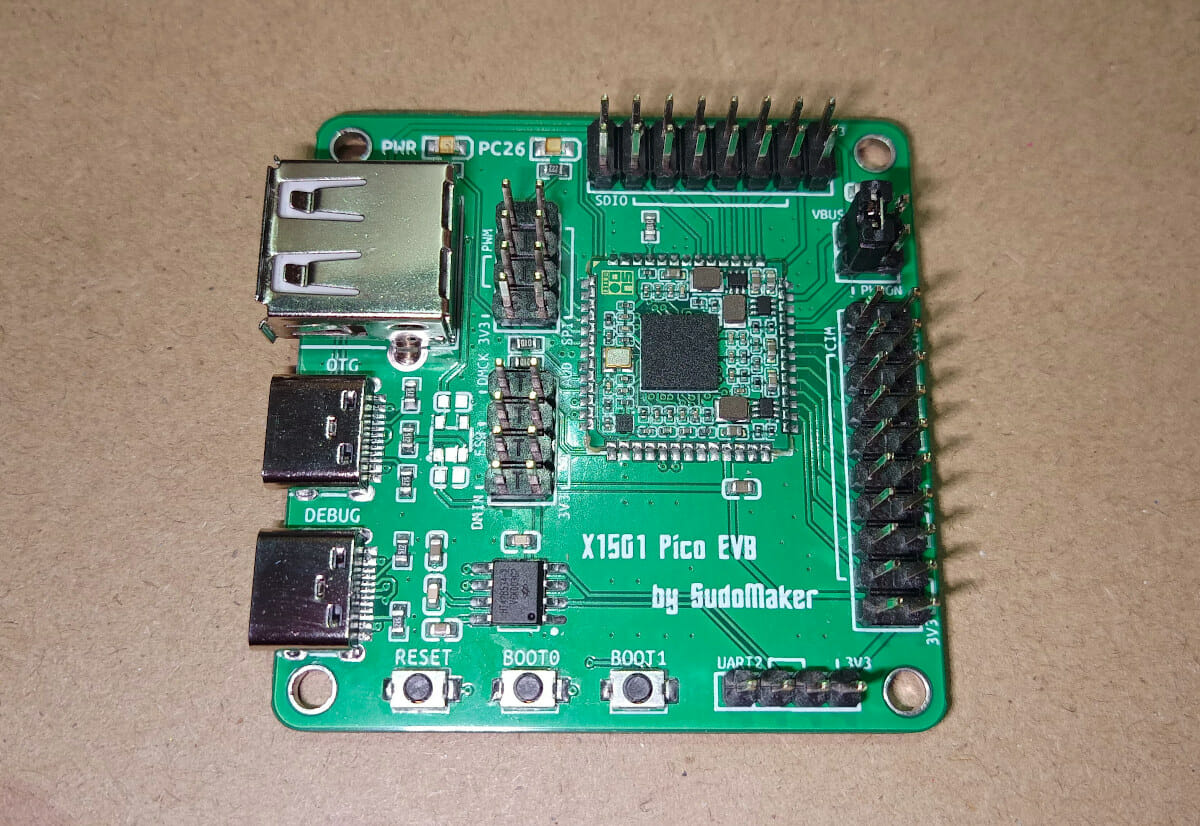 The other day we wrote about Getting Started with Embedded Linux on RISC-V in QEMU emulator and noted that Linux capable RISC-V hardware is currently fairly expensive. We also mentioned there was work on porting uCLinux to Kendryte K210 RISC-V processor on boards such as Sipeed Maix board. The processor only comes with 8MB RAM, and does not feature an MMU (Memory Management Unit) so what you’d be able to do on the board would be limited, and for instance, a desktop environment is clearly impossible on the platform. NOMMU support also requires some extra work, and in Linux 5.4 we saw only of the changes was “SiFive PLIC IRQ chip modifications, in preparation for M-mode Linux”. The slide above is extracted from the “RISC-V NOMMU and M-Mode Linux” presentation by Damien Le Moal, Western Digital at the Linux Plumbers Conference 2019 last September. It explains M-mode support is better […] 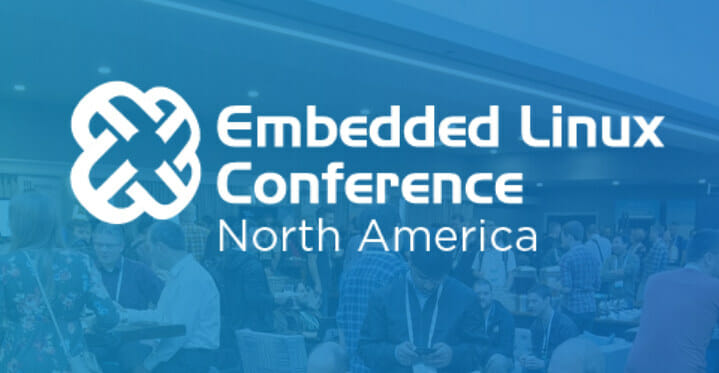 In the last few years, I covered the Embedded Linux Conference and IoT Summit schedules since both were happening at the same time and in the same location. But the Linux Foundation have recently announced the Embedded Linux Conference will combine with the Open Source Summit, so the IoT Summit appears to have been phased out. The full schedule for the events taking place on August 21 – 23, 2019 at the Hilton San Diego Bayfront, USA, has also been released, so I’ll create a virtual schedule with some of the sessions most relevant to this blog. Wednesday August 21, 2019 11:30 – 12:05 – What’s New with U-Boot? by Simon Glass, Google LLC U-Boot is a widely used bootloader in embedded systems. Many users are unaware of the wide feature-set of U-Boot, particularly features added in the last few years. This talk aims to bring users (and prospective users) […] 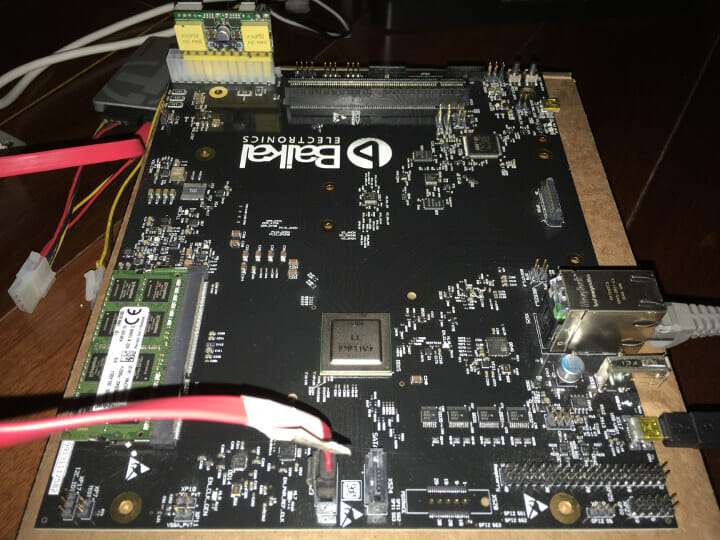 CNXSoft: Guest post by Blu about Baikal T1 development board and SoC, potentially one of the last MIPS consumer grade platforms ever. It took me a long time to start writing this article, even though I had been poking at the test subject for months, and I felt during that time that there were findings worth sharing with fellow embedded devs. What was holding me back was the thought that I might be seeing one of the last consumer-grade specimen of a paramount ISA that once turned upside-down the CPU world. That thought was giving me mixed feelings of part sadness, part hesitation ‒ to not do some injustice to a possibly last-of-its-kind device. So it was with these feelings that I took to writing this article. But first, a short personal story. Two winters ago I was talking to a friend of mine over beers. We were discussing CPU […] 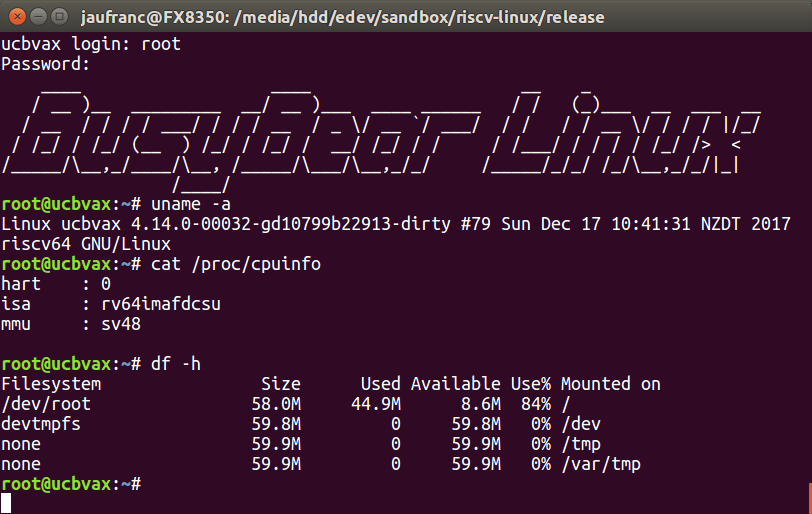 RISC-V open-source architecture is starting to become more and more interesting thanks to the growing RISC-V hardware & software ecosystem, and with the recent release of HiFive Unleashed, we even have a board capable of running Linux. The only problem: it costs $999. But luckily, it’s possible to experiment with Linux on RISC-V without extra hardware, just using your current PC. Imperas offers a commercial solution working on both Windows and Linux that relies on busybear-linux RISC-V Linux root filesystem comprised of busybox and dropbear SSH server. The rootfs also works with QEMU, so I tried it in Ubuntu 16.04. The instructions on Github are quite easy to follow. My computer is powered by an AMD FX8350 processor coupled with 16GB RAM, and the whole process took around 2 hours, so better use the fastest computer possible. It also requires around 26 GB of storage on your build machine. First, […] 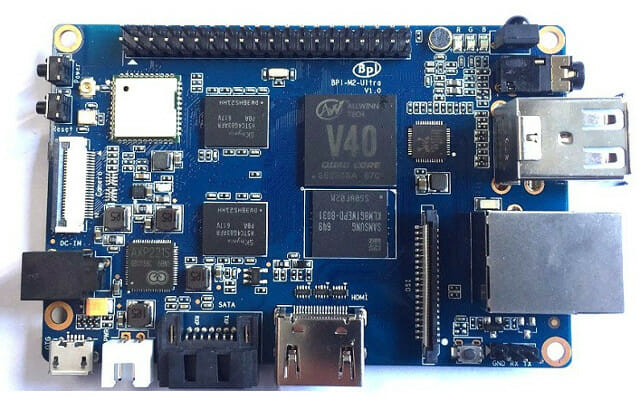 Allwinner A10 and A20 processors have been quite popular in the past since they could handle Fast or Gigabit Ethernet and SATA natively, included decent multimedia capabilities, and were found in low-cost hardware such as Cubieboard 2 or MeLE A1000. Since then we’ve had a few boards with SATA using newer and faster processors without SATA IP, meaning it was usually implemented using a USB 2.0 to SATA bridge leading to mediocre to average performance depending on the implementation and selected bridge. Allwinner R40 is the successor of Allwinner R20 with a faster quad-core Cortex A7 processor, but keeping Gigabit Ethernet, SATA, and most features of its predecessor. The good news is that Banana Pi has now launched the promised M2 Ultra development board based on the new processor for $45.80 + shipping on Aliexpress (Total for me: $48.35). Banana Pi M2 Ultra specifications: SoC – Allwinner R40 quad-core ARM […]

Busybox provides a lightweight version of common command line utilities normally found on “big” Linux into a single binary, in order to bring them to embedded systems with limited memory and storage. As more and more embedded systems are now connected to the Internet, or as they are called nowadays the Internet of Things nodes, adding security tools, such as cryptographic utilities, could prove useful for administrators of such system, and so BusyBotNet project wsa born out of a fork of Busybox. Some of the tools implemented include: fenc to encrypt stuff with salsa algo tsh. needs work, backdoor shell aes enc rathole backdoor shell, blowfish enc ssyn2 ddos tool sudp udp ddos tool jshon sh wrapper for json hydra prism userspace icmp triggered reverse shell backdoor You can access the source code and instructions on busyboxnet github repo. I’ve quickly tried it in my AMD x86 computer running Ubuntu […] 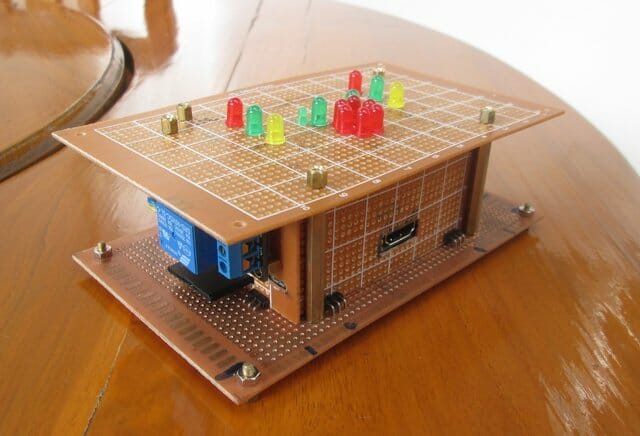 Following up my previous post entitled “DIY Modular Stripboard / Perfboard Casing for Raspberry Pi (Part 1)” where I explained how I created an modular enclosure made of perfboard, or the overall concept, I’ve now designed two “smart” sides for the enclosure: a 16-LED stripboard side, and a 5V relay stripboard side. Today, I’ll detail how I’ve done this, with details about electronics, soldering, assembly, the Linux distribution (built with Yocto), as well C programs, HTML page, and (CGI) shell scripts used to light up the 16 LEDs, and control a standard 220V lamp with a relay via my phone’s web browser. 16-LED Stripboard Top Schematics, Soldering, and Testing I had decided to design the top board of the enclosure with several LEDs, 3 LEDs on both side, and a Raspberry fruit (6 red LED) and 2 leaves (4 green LED) in the middle. Before getting started, I did some […]