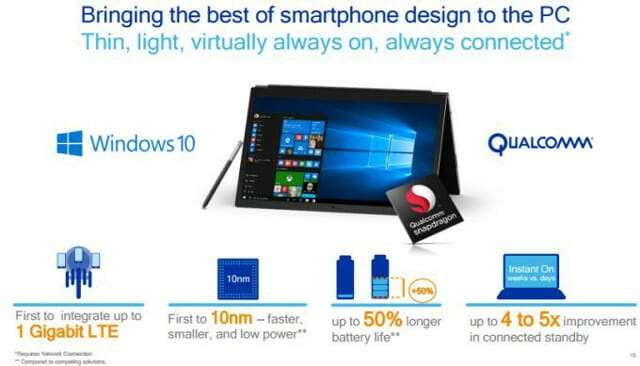 Windows on ARM has been tried before with Windows RT, but the systems were crippled, and it was not exactly a success. Microsoft and Qualcomm are now giving it another try with ARM mobile computers running the full version Windows 10 on Qualcomm Snapdragon 835 processor, and Asus, HP, and Lenovo building devices based on the solution. There are plenty of inexpensive Intel PCs running Windows 10, so what would be the benefits of using Snapdragon 835 SoC? Qualcomm explains that it’s the first to coming integrate Gigabit LTE, it offers up to 50% longer battery life in specific use cases like watching videos and gaming, and thanks to big.LITTLE technology provides up to 4 to 5 times improvement in battery life compared to Intel’s solutions. Windows 10 does not have the same limitations as Windows RT had, and you can do pretty everything that you would on an Intel […] 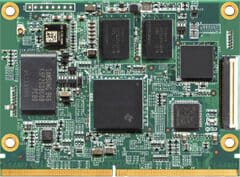 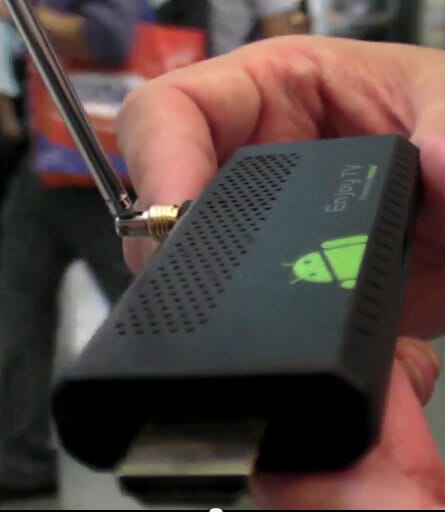 Geniatech showcased the Enjoy TV Stick ATV100 at Computex 2012. This is yet another HDMI stick running Android 4.0, but instead of being powered by AllWinner A10 like most others, it is based on AMLogic AML8726-M3 (Single core Cortex A9) clocked at 800 MHz. The device also comes with 1 GB DDR3 memory, 2GB NAND Flash and features 2 USB ports (Standard USB 2.0 Host + mini USB OTG), a microSD slot and a port for an IR extension cable. Contrary to all HDMI dongles I have seen, there is also an external Wi-Fi antenna, as you can see on the picture above. An InfraRed remote with 6 keys is also included. The first part of the video below is about Geniatech ATV1200, an Android 4.0 set-top box based on AMLogic AML8726-MX (Dual Core Cortex A9), and the part about ATV100 starts at 2:23. I think there is a misunderstanding […]

A few days ago, Texas Instruments announced a Wi-Fi CERTIFIED Miracast Video Streaming Solution based on OMAP4470 and WiLink 7.0, and they said in their press release that they would demo the platform at Computex 2012. Charbax is currently there, and shot a video showcasing different use cases possible with Miracast such as multi-tasking while streaming and mirroring. This technology looks very promising, especially since existing devices based on OMAP4470 will be able to support it with just a software update. You’ll also need to have a Miracast compliant TV, but eventually you should be able to buy a Miracast HDMI dongle for your TV (instead of buying a new TV), which is basically the board used in the demo except they use cables. This technology could be a threat to the MHL standard. The only advantage of the latter is that you don’t need power supply as it will […] 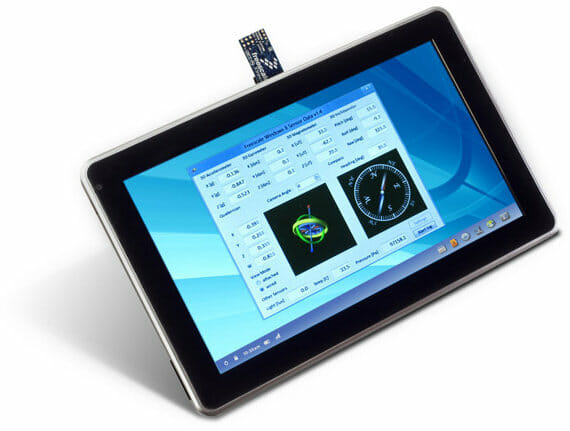 Freescale announced the Xtrinsic Sensor Platform, a 12-axis sensor development reference platform for Windows 8. This 12-axis sensor platform includes several sensors by Freescale and other companies: Xtrinsic MMA8451Q 3-axis accelerometer Xtrinsic MAG3110 3-axis magnetometer Xtrinsic MPL3115A2 precision altimeter, pressure, and temperature sensor An analog ambient light sensor A selection of 3D gyroscopes are also supported This platform is powered by Freescale ColdFire+ MCF51JU128VHS MCU which combines, configures and processes sensor data with Freescale sensor fusion software to match the requirements of Windows 8/RT. Xtrinic sensor platform communicates with the host device via USB. It does not requires extra drivers as it uses standard HID drivers. You can watch the video below which is an introduction (including some technical details) and demo of the system. Strangely, I could not find a similar Freescale 12-axis reference design for Android or Linux, and I’m not sure why they would limit this hardware […]

MiTAC International announced their first ARM server (MiTAC GFX) based on Marvell ARMADA XP SoC and running Ubuntu 12.04 LTS at Computex 2012, in Taipei. This solution appears to be similar to Dell “Copper” ARM server announced last week, which also uses Marvel ARMADA XP and runs Ubuntu 12.04, except its intended to be a real product rather than just a prototype. The MiTAC GFX with ASX-1 module is intended for deployment as a general purpose server where real estate, efficiency and throughput at a realistic price are key factors and typical applications include web hosting, web browsing, email, chat, social media and networking, etc. Later,  MiTAC will introduce an ASX-HP (High Performance) module for compute intensive workloads that can be add to GFX system, and ASX modules featuring 64-bit SoC are under development. MiTAC showcased a GFX System with 64 nodes (that’s 256 Cortex A9 cores) at Computex 2012, […]

In my previous post, I wrote about Marvell announcement of its new 802.11ac chipset (Avastar 88W8897) that will be Wi-Fi CERTIFIED Miracast.  But it’s not the only company for such solution, as Texas Instruments has also announced the availability of a complete solution for mobile devices designed to support Wi-Fi CERTIFIED Miracast, based on the Wi-Fi Alliance Wi-Fi Display Specification that enables users to reliably display high definition content from a mobile device onto a larger screen over a secure, low-latency, wireless network connection. The Miracast certification program defines a standards-based solution for streaming video and audio content over a peer-to-peer Wi-Fi Direct wireless network. TI solutions will leverage OMAP processors and its WiLink connectivity solutions to provide a Miracast platform. This new solution will be available later this year to power mobile phones, tablets, HDTVs, projectors and audio receivers. Texas Instruments solution will provide the hardware and software resources […] 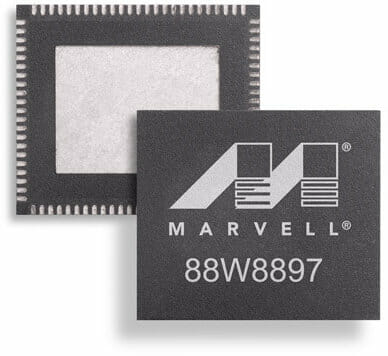 Marvell has announced the Avastar 88W8897, a low-power radio chip supporting 802.11ac, near field communication (NFC) and Bluetooth 4.0, aimed at mobile and HD multimedia devices such as ultrabooks, tablets, gaming consoles and smart TVs. Marvell claims the 88W8897 SoC enables a rest of bill of materials (RBOM) footprint reduction of 40-to-50 percent and cost reduction of 75 percent compared to previous wireless solutions. Key features of Marvell Avastar 88W8897 chip include: Wi-Fi 802.11ac – This standard increases bandwidth available over the Wi-Fi link (theoretically up to 1 Gb/s) with throughput up to 867 Mbps for the 88W8897. This kind of throughput allows reliable high-definition (HD) video streaming, tunneled direct link setup (TDLS) and high-speed wireless backup and sync for mobile devices. NFC – NFC allows consumers to pay for items with the tap of a phone via mobile commerce and point-of-sale (e-wallet) applications. It can also enable one-tap pairing […]