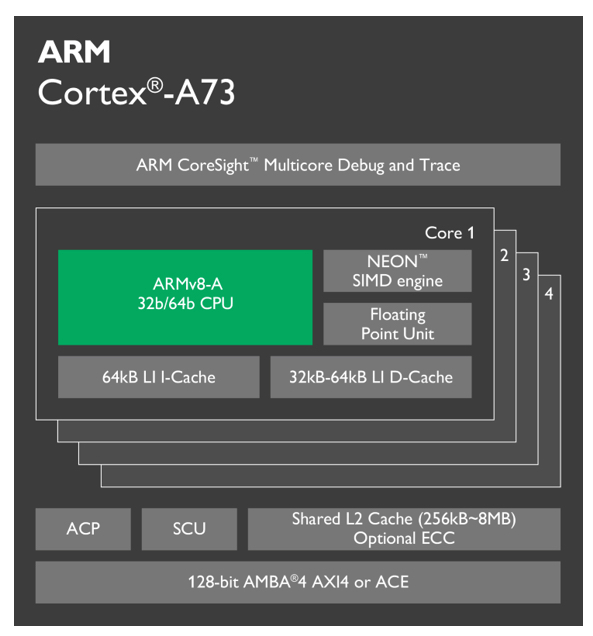 Today ARM has revealed the first details of its latest mobile processor and GPU, both said to be optimized for VR (Virtual Reality) and AR (Augmented Reality) applications. Starting with the ARM Cortex-A73, we’re looking at an evolution of the current Cortex-A72 with ARM claiming 30 percent “sustained” performance over the Cortex-A72 and over twice the performance over the Cortex-A57. ARM is already talking about clock speeds of up to 2.8GHz in mobile devices. Other improvements include an increase up to 64k L1 instruction and data cache, up from 48 and 32k respectively for the Cortex-A72, as well as up to 8MB of L2 cache. The Cortex-A73 continues to support ARM’s big.LITTLE CPU design in combination with the Cortex-A53 or the Cortex-A35. It’s also the first ARM core to have been designed to be built using 10nm FinFET technology and it should be an extremely small CPU at around 0.65 […]