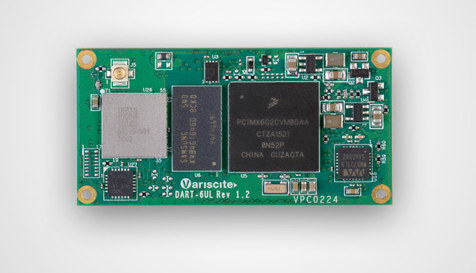 Intel recently announced it will discontinue manufacturing and selling all SKUs of the Intel® Edison compute modules and developer kits. The initial version of Edison was released in the beginning of 2014, with a second version being released by the end of 2014. It was intended for the IoT market, with dimensions of 35.5x25x3.9mm. The Edison features an Intel Atom processor, consisting of two Atom Silvermont cores running at 500MHz. It includes a fixed configuration of 1GB integrated RAM, and 4GB eMMC flash on-board. Dual-band (2.4GHz and 5GHz) Wi-Fi, Bluetooth 4.0 and USB controllers complete the package. According to Intel’s announcement, the last shipment of Edison family boards is planned for December 2017. This announcement will have a critical impact on companies that already integrated the Edison board in their products, as well as the many companies that engaged in the development process of integrating the Edison board into their products. While some of these companies are rushing to place their orders by the end of the year, other companies […] 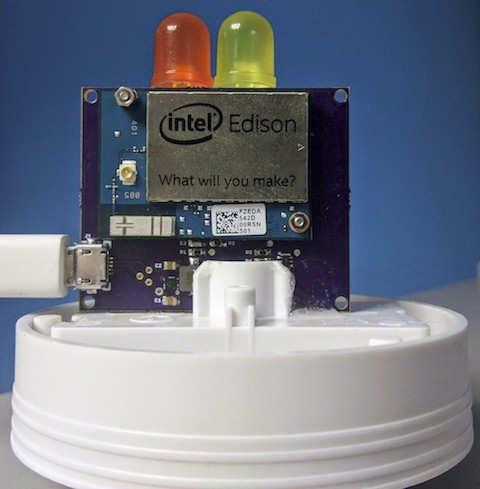 Google Android Things developers announced a production hardware sample based on Intel Edison module: Android Things is focused on helping developers build production ready devices that they can bring to market. This means building custom hardware in addition to the app software running on the Android Things system-on-module (SoM). As a part of this effort we have released Edison Candle, the first in a series of production samples designed to showcase hardware and software designed to work together. The code is hosted on GitHub and the hardware design files are on CircuitHub. That’s what the Edison Candle looks like. It’s just demo hardware to show how to build a product with a system-on-module (Intel Edison) for Android Things with everything released in Github. You can also purchase the board on CircuitHub, but then I saw the price was around $356 for such a simple board (without Edison). That’s quite a lot for a single board, clicking on “quote breakdown” showed […]

Google introduced Project Brillo a little over a year ago, an operating system based on Android, but with a smaller footprint optimized for Internet of Things applications. Brillo has now just become Android Things OS, with Google releasing a developer preview of Android Things working on Raspberry Pi 3, Intel Edison, and NXP Pico boards. The company has also updated the Weave platform to simplify connection of all types of devices to the cloud, and interaction with services like the Google Assistant. The Weave Device SDK currently supports schemas for light bulbs, smart plugs, switches, and thermostats, with more type of device supported in the future, as well as a mobile app API for both Android and iOS. Using an Android based OS instead of a pure Linux OS should make it easier for Android app developers to create smart devices thanks to the use of familiar Android APIs and Google Services. The workflow is pretty similar to creating mobile […] 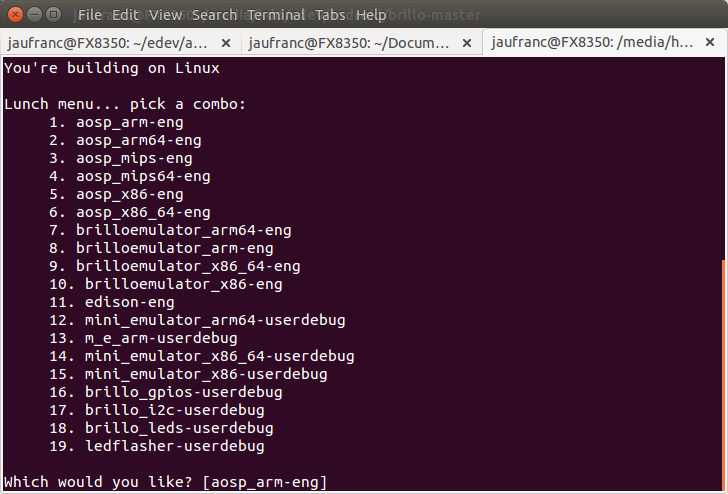 Google formally launched Brillo operating system a few weeks ago. The new operating system is a stripped down version of Android that targets Internet of Things (IoT) applications, and more recently the company pushed the source code to their servers. So I’ve given it a try by checking out the code, building Brillo emulator for Intel/AMD, and running it in Ubuntu 14.04 64-bit. First you’ll need to retrieve the source code:

It took a few hours here with some errors the first time, so I tried again and I finally got the code a few hours later. Once this is done, set the build environment and configuration:

You could also run the “Brillo emulator” on ARM, and edison-eng must be the build for Intel Edison board. Now you can start the build:

It has to complete 21491 different tasks, so depending on your computer performance it may take a […] 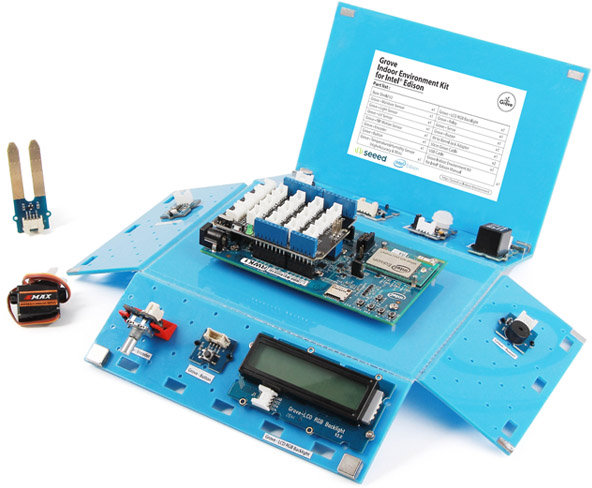 Intel Edison is a board made for wearables featuring an SoC with Intel Atom and Quark CPU cores. TechNexion, an embedded systems company based in Taiwan, has decided to make a mechanically and electrically compatible system-on-module featuring Frescale i.MX6 Solo or Duallite ARM Cortex A9 processor called PICO-iMX6. The company is also providing a PICO-DWARF baseboard that’s both compatible with PICO-iMX6 SoM and Edison board. DWARF stands for “Drones, Wearables, Appliances, Robotics and Fun”, so that pretty much explains what the platform is for. PICO-iMX6 System-on-Module Two version of the modules are available: PICO-iMX6-SD and PICO-iMX6-EMMC, the former with a micro SD slot for storage, and the latter a 4GB eMMC. Both share the followings specifications: SoC – Freescale i.MX6 Solo / Duallite  single/dual core ARM Cortex A9 @ 1Ghz with Vivante GC880 3D GPU and Vivante GC320 2D GPU (Composition) System Memory – 512MB or 1GB DDR3 Storage – PICO-iMX6-SD: micro SD slot;  PICO-iMX6-EMMC: 4GB eMMC Connectivity Gigabit Network […]

If you like Phoneblocks / Project Ara module model concept, you may also be interested in Blocks, a modular smartwatch comprised of blocks connected via 3.5mm jacks. The watch is running Tizen on Edison development board powered by Intel dual-core Atom + Quark SoC, and part of the 10 finalists of Intel’s Make It Wearable challenge. Most smartwatches comes with a dumb” watchband, but with Blocks both the actual watch, and watchband are smart and customizable. You can change from round to square display, and add modules, which are part of the watchband, adding features like GPS, heat rate monitor, motion sensors, extra battery capacity, SIM card, contactless payment, temperature sensors, and so on. Each module also have a removable cover to let you change the color. One of the main drawbacks of current smartwatches is the battery life (1 to 2 days), so if it is possible to connect battery modules in series to get over a week of […]