Microsoft has just released Windows 8 Consumer Preview. Here’s a method to install Windows 8 in Linux using KVM and Qemu. You can use this beta version of Windows 8 until the 15th of January 2013, after which it will be unusable. Here are the requirements to install Windows 8: 1 GHz Processor or greater 1 GB RAM 20 GB free storage for the 64-bit version Before you start, make sure your processor supports Intel Virtualization Technology (VT) or AMD’s AMD V CPU virtualization extensions. Type this command to check vmx or svm flags:

If this is the case, you can install KVM. Type the following command for RPM-based distributions such as Fedora:

or the following command for Debian or Ubuntu:

Prior to the Raspberry Pi Fedora 14 Remix launch party, Seneca has uploaded a video showing the work they have done to have Fedora 14 work on Raspberry Pi. Here are some interesting points ion this video: All basics application such as a web browser, office suite, the components you need to build a LAMP (Linux, Apache, MySQL, PHP) server… are already working. 2D graphics acceleration is not implemented yet, so the first release may feel a bit sluggish. But eventually, since the Raspberry Pi has a pretty good GPU, 2D support (OpenVG in Cairo library?) will be implemented at some points in time, either by Seneca or other people in the development community. Seneca uses around 60 ARM devices in their build farm that generates all the binaries for the Fedora ARM  Remix release (e.g. the ones you can get with “yum install”) and among those device there are […]

Several operating systems will be able to run on the Raspberry Pi boards.  However, the Raspberry Foundation had announced that they were working with Red Hat to deliver a Fedora release optimized for the board and Broadcom BCM2835 processor (ARMv6 + hard-float support). It appears the full name of this distribution is “Raspberry Pi Fedora Remix 14” most probably based on Fedora 14 (as the name implies), and not the latest Fedora 16 release. This Linux distribution will officially be launched on the 22nd of February 2012 at the  Seneca Centre for the Development of Open Technology in Toronto, Canada during a 2-hour event (15:00-17:00) featuring: A hands-on opportunity to use a Raspberry Pi Live demonstrations of the Raspberry Pi Fedora Remix software Examples of the educational uses of the Raspberry Pi The 60-computer build farm used to build the Fedora ARM software on which the remix is based Information […] 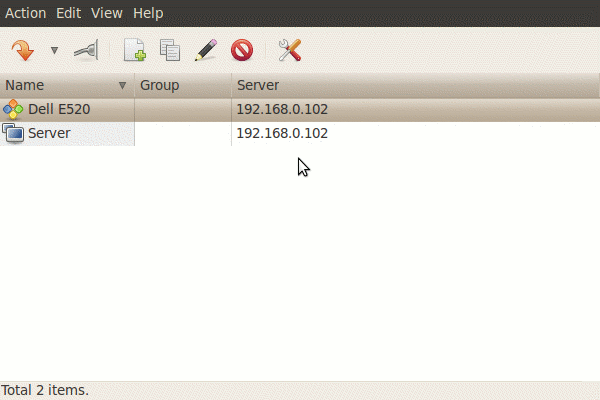 If you need to connect to both Windows and Linux machines remotely,  Remmina is what you need. It is an application that can remotely connect to server using VNC, SSH, XDMCP, SFTP and RDP protocols. So that you can connect to a Windows machine using the default RDP (Remote Desktop Protocol) protocol without installing a VNC server. In the screenshot below I setup a Windows RDP and a VNC connection to 192.168.0.102. There are plenty of options. Here’s a screenshot of Remote Desktop Preferences for the RDP client. To install in an Ubuntu or Debian distribution:

To install it in Fedora:

Jean-Luc Aufranc (CNXSoft)Jean-Luc started CNX Software in 2010 as a part-time endeavor, before quitting his job as a software engineering manager, and starting to write daily news, and reviews full time later in 2011. www.cnx-software.com 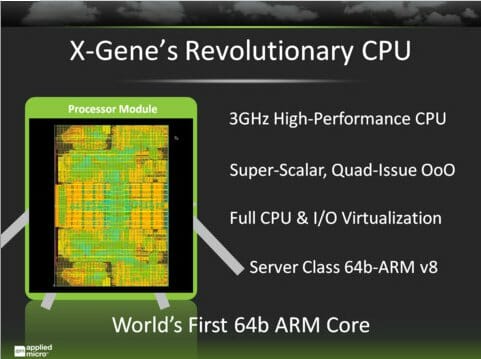 Applied Micro Showcases World’s First 64-bit ARMv8 Core at ARM Techcon 2011, Santa Clara California. The day ARM announced the first 64-bit ARMv8 instruction set architecture, AppliedMicro unveiled the launch of the industry’s first 64-bit ARM “Server-on-a-Chip” solution. Most of the presentation is used to explain the competitive advantage this platform would bring including TCO reduced by 30%. There is also an (underwhelming) demonstration of X-Gene based on Xilinx Virtex-6 FPGA running Server SoC consisting of ARM-64 CPU complex, coherent CPU fabric, high performance I/O network, memory subsystem along with fully functional SoC subsystem. The FPGA platform and tools will be available for customer evaluation by the first half of 2012. Redhat will be in charge of implementing ARMv8 support in Linux and this will be part of Fedora for ARM in the future. The platform will run LAMP: Linux, Apache, MySQL and Perl/PHP/Python. The silicon will be available in […]

Raspberry Pi Foundation is currently at ARM Techcon 2011 showcasing their 25 USD ARM11 Linux Computer unveiled last May. The board is build around Broadcom BCM2835 (ARM11 @ 700Mhz + GPU) application processor with 128/256MB “soldered” on top of the processor (Package on package (PoP) technology) and a USB Hub/Ethernet adapter chip and that’s it. The board features an Ethernet 10/100 RJ45 connector, 2 USB 2.0 port, an Audio out, HDMI and composite video output and an SD card slot. They currently only have the larger alpha board, the final board will be shrunk to the size of a business card and should be available in November 2011 (but most probably December). They believe the board will have better multimedia performance than the Beagleboard. I’m not convinced of that yet, but we’ll see. There will be two versions: Without network and 128 MB RAM – 25 USD Network support (Ethernet) and […]

Amahi is an open source home digital assistant (HDA) running on Fedora. It is basically a server to manage all your media files (like a NAS), backup your PC’s data and host some private web applications (calendar, wiki, …) with people on your LAN. Amahi is available on several platforms such as Intel and AMD x86 processors and embedded platforms such as Intel Atom (ECOPC N.1)  and Marvell Sheeva ARM processor (Sheevaplug). They’ve released their latest version Amahi 6 today. Here’s what they say about it: Amahi 6.0: Reliability, Reliability, Reliability! Amahi 6.0 brings a plethora of upgrades, reliability fixes and features, and better hardware support, courtesy of Fedora 14. Here are some of the highlights in this release (see the Amahi 6.0 release notes for all the details as well as the upgrade guide from Amahi 5/Fedora 12). Online Synchronization, Server Alerts and Premium Plans! The Amahi Sync and […]