This is a guest post by Promwad, a software and hardware product development company with DTV & STB development expertise and know-how. Recently, they received a package from Realtek, their partner in Taiwan. There was a Realtek RTD1395 development board inside – Hercules 32-bit OTT – with 2 GB RAM and pre-installed Android 9 OS. Promwad team tested what it’s capable of and how it can be used by hardware and software engineers who design new TV set-top boxes and develop embedded software. Hercules OTT board is an Android IPTV box that plays videos of any formats with a maximum resolution of 4K. Streaming services such as Youtube, Netflix, etc. are supported via Dash and HLS. Also, the board supports other Android apps, including audio/video calls and conferencing. Realtek introduced RTD1395-based boards back in 2018. IP and cable TV operators used them in their subscriber devices. The RTD1395 chip with four ARM Cortex-A53 cores and the Mali-470 graphical processor was […]

Yesterday, Hardkernel launched ODROID-C4 Amlogic S905X3 SBC as an update to ODROID-C2 SBC launched in 2016. We’ve seen the board can compete with Raspberry Pi 4 4GB board thanks to benchmarks released by Hardkernel, but since those boards are so versatile, meaning they can be used in a variety of applications, it’s impossible to benchmark all use cases. One way to find out which board might be right for your application without going through benchmarks is to look at a list of features for each, and that’s exactly what we’ve done in this post. Let’s get straight to the Raspberry Pi 4 (4GB RAM) vs ODROID-C4 comparison table. Features/Specs Raspberry Pi 4B (4GB) ODROID-C4 Release date 24th June 2019 23rd April 2020 SoC Broadcom BCM2711 quad-core Cortex-A72 @ 1.5 GHz (overclockable to 2.0+ GHz) with NEON, FPU Amlogic S905X3 quad-core Cortex-A55 processor @ 2.0 GHz with NEON, FPU, Armv8 Crypto extensions GPU VideoCore VI with OpenGL ES 1.1/2.0/3.0, Vulkan 1.x […]

MINIX NEO U22-XJ Android 9.0 media hub was first unveiled at IFA 2019 last September. It is the first TV box that I know of equipped with Amlogic S922XJ processor that adds Dolby Vision and Dolby Audio licenses to the more common Amlogic S922X processor. The company has now announced the device will launch on Monday, March 2nd 2020 but without providing any price information. As usual, we know need to wait until the official launch date to find out as MINIX NEO U22-XJ can already be purchased on “MINIX Official Store” in Aliexpress for $169.90 including shipping. MINIX NEO U22-XJ main specifications haven’t changed since the initial announcement, but we do have a few more details:: SoC – Amlogic S922XJ hexa-core processor with four Arm Cortex-A73 cores, two Arm Cortex-A53 cores, Arm Mali-G52MP4 GPU System Memory – 4GB DDR4 Storage –  32GB eMMC 5.1 flash, microSD card slot Video Output – HDMI 2.1 output up to 4Kp60 with HDR10, […] 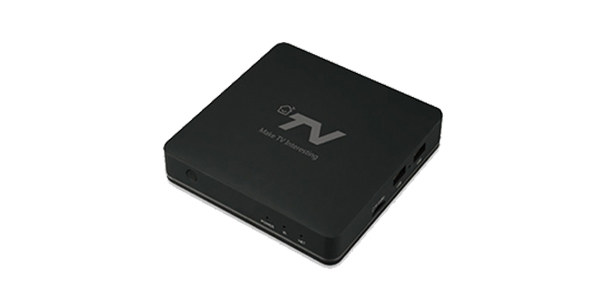 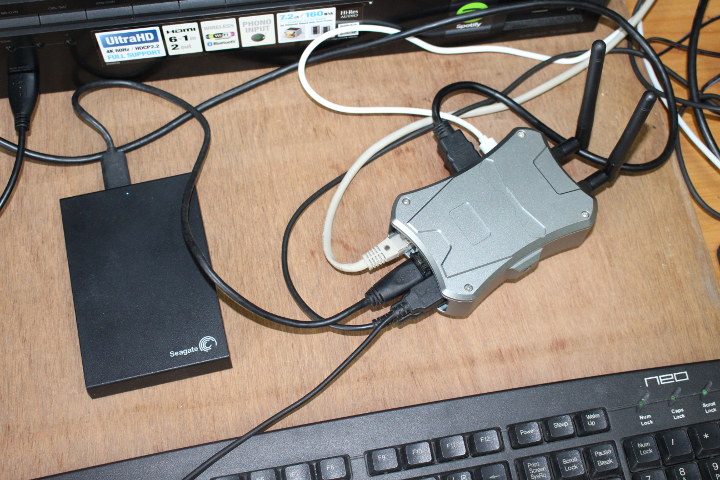 We’ve already seen how to assemble NanoPi M4V2 metal case kit which offers an Arm mini PC solution with support for NVMe SSD. The new NanoPi M4V2 Rockchip RK3399 SBC is an evolution of the M4 board that brings faster LPDDR4 memory and adds power & recovery buttons. Since we’ve already tested several RK3399 SBC‘s and TV boxes, I planned to focus the review on thermal design evaluation (i.e. see how well the board cools), and see how memory bandwidth evolved from LPDDR3 to LPDDR4. I wanted to do so both with Linux and Android, since I could compare NanoPC-T4 (LPDDR3) benchmarks in Android. But this requires an eMMC flash module, and I don’t own any. So instead I planned to run Armbian because of support for armbian-monitor for nice temperature chart but it’s not working just yet, so instead I’ve done all tests with FriendlyCore Desktop (rk3399-sd-friendlydesktop-bionic-4.4-arm64-20190926.img) based on Ubuntu 18.04. System Information The desktop environment will auto-login, but […]