While MIPI CSI-2 standard was first introduced in 2005 as a high-speed protocol for the transmission of still and video images from image sensors to application processors, the standard has evolved over the years, and the latest MIPI CSI-2 v4.0 introduces features to better support always-on, low power machine vision applications, high-resolution sensors, and high-dynamic-range automotive image sensors. The main changes for v4.0 include support for a two-wire interface (MIPI I3C) to lower cost and complexity, multi-pixel compression for the latest generation of advanced image sensors, and RAW28 color depth for better image quality and an improved signal-to-noise (SNR) ratio. MIPI CSI-2 v4.0 highlights: Always-On Sentinel Conduit (AOSC) – Enables always-on machine vision systems with ultra-low-power image sensors and video signal processors (VSPs) continuously monitoring their surrounding environments and having the ability to wake up their more powerful host CPUs when specific events happen. Some use cases include laptop/tablet-based face […]

Linus Torvalds has released Linux 5.11 just in time for… “Valentine’s Day”: Nothing unexpected or particularly scary happened this week, so here we are – with 5.11 tagged and pushed out. In fact, it’s a smaller-than-average set of commits from rc7 to final, which makes me happy. And I already have several pull requests lined up for tomorrow, so we’re all set for the merge window to start. But in the meantime – and yes, I know it’s Valentine’s Day here in the US – maybe give this release a good testing before you go back and play with development kernels. All right? Because I’m sure your SO will understand. Linus Last time around, Linux 5.10 was an LTS release that added EXT-4 performance enhancements, improved post-Spectre performance, as well as the enablement of BCM2711 (Raspberry Pi 4) display pipeline, among other many changes. Some of the notable changes in […] 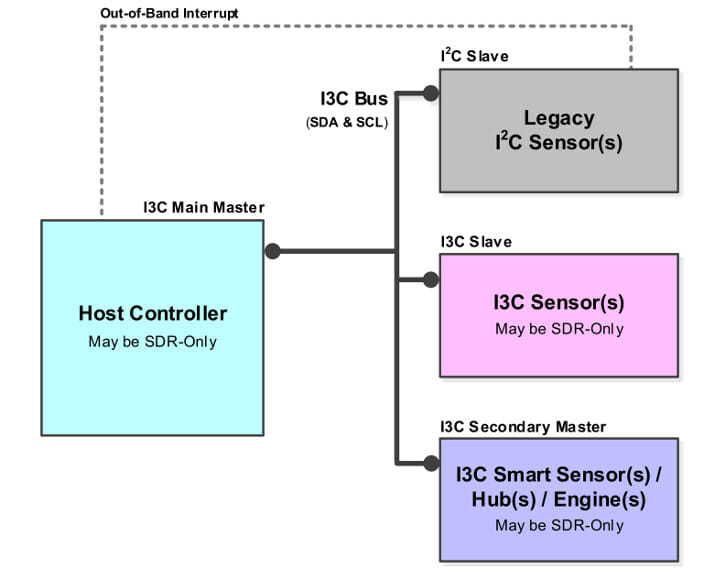 The MIPI Alliance announced MIPI I3C sensor interface around 2 years ago, as a backward compatible update to the popular I2C interface with with lower power consumption, and much higher bitrate (up to 33.3 Mbps) allowing it to compete with SPI for many applications. The organization also released a technical paper giving us some insights into I3C, but the full specification was, and still is, only available to the MIPI alliance members with dues starting at $4,000 per year. It’s not ideal if you have to work on standard, and are not a member, so the MIPI Alliance has recently published MIPI I3C Basic, a subset of the main I3C specification that is available under royalty-free terms and without the need for a MIPI membership. MIPI I3C Basic v1.0 includes 20 of MIPI I3C’s most commonly needed capabilities, and provides developers with documentation allowing then to upgrade from I2C and […] 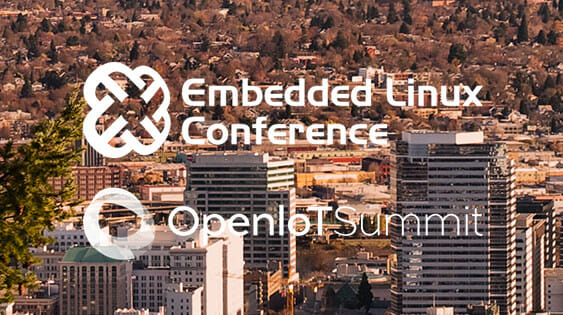 The Embedded Linux Conference 2018 and the OpenIoT Summit 2018 will jointly take place next month, on March 12 – 14, 2018 in Portland, Oregon, USA. The former is a “vendor-neutral technical conference for companies and developers using Linux in embedded products”, while the latter is a “technical conference for the developers and architects working on industrial IoT”. The Linux Foundation has already published the schedule, and it’s always useful to learn what will be discussed about even for people who won’t attend. With that in mind, here’s my own virtual schedule with some of the talks I find interesting / relevant to this blog. Monday, March 12 10:50 – 11:40 – Progress in the Embedded GPU Ecosystem by Robert Foss, Collabora Ltd. Ten years ago no one would have expected the embedded GPU ecosystem in Linux to be what it is now. Today, a large number of GPUs have […] 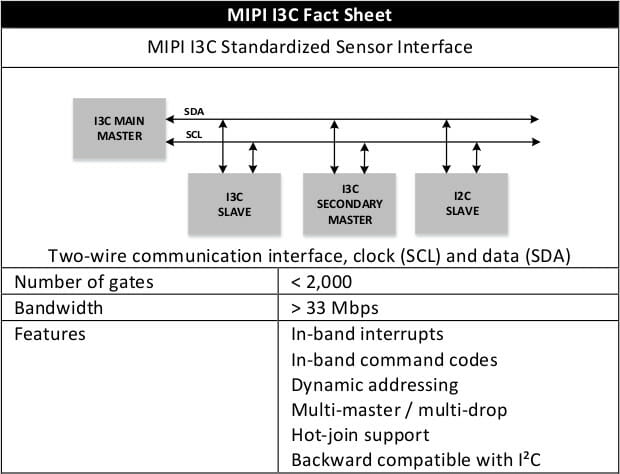 I2C (Inter-Integrated Circuit) is one of the most commonly used serial bus for interfacing sensors and other chips, and use two signals (Clock and Data) to control up to 128 chips thanks to its 7-bi address scheme [Update: That’s the theory, as in practice it’s limited to a dozen devices max. due to capacitive load, see comments]. After announcing it was working of a new I3C standard in 2014, the MIPI Alliance has now formally introduced the MIPI I3C (Improved Inter Integrated Circuit) Standardized Sensor Interface, a backward compatible update to I2C with lower power consumption, and higher bitrate allowing it to be used for applications typically relying on SPI too. I3C offers four data transfer modes that, on maximum base clock of 12.5MHz, provide a raw bitrate of 12.5 Mbps in the baseline SDR default mode, and 25, 27.5 and 39.5 Mbps, respectively in the HDR modes. After excluding […]