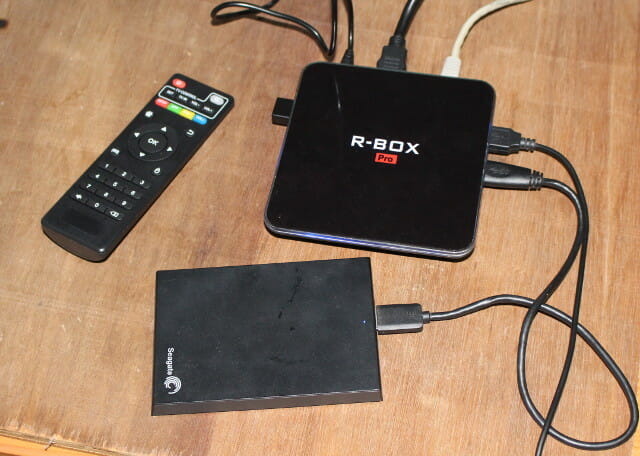 The vast majority of octa-core Android TV Boxes sold on the market comes with 2GB RAM, but Amlogic S912 based R-Box Pro TV box was interesting with its 3GB RAM option (aka R-Box Pro 3G), as I wondered if I would see any noticeable improvements during my tests with the extra RAM. We’ve already confirmed the the hardware comes with 3GB RAM using 2x 1GB + 2x 512MB RAM chips configuration in the first part of the review last month, and it’s now time to check out whether this translates to anything in Android, as well as go through the usual hard-to-get features to work like automatic frame rate switching and HD audio pass-through. First Boot, Firmware Update, and First Impressions One positive with the device is the four USB ports, so this time I did not need an USB hub at all, and connected a USB HDD, two RF […] 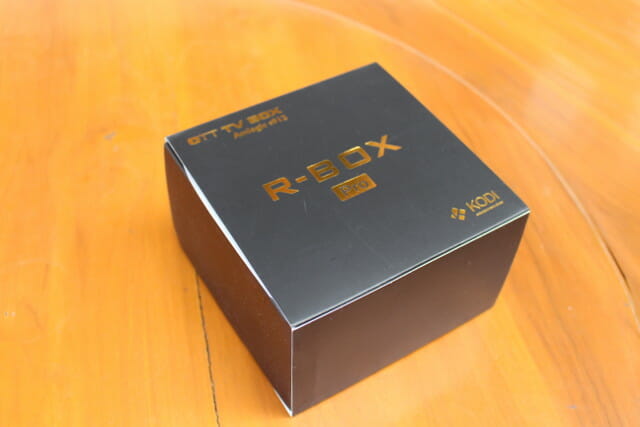 R-Box Pro is just another Amlogic S912 TV box, except it comes with up to 3GB RAM, against 2GB for most other models on the market. Kingnovel sent me a sample with 3GB RAM to check it out, and today I’ll start by taking photos of the devices, and perform a teardown mostly to find out how the 3GB memory design is implemented. R-Box Pro Unboxing The retail package is minimal black box with “OTT TV Box Amlogic S912” and “R-Box Pro” markings and Kodi logo. A sticker on the side will also indicate whether you have received to 2GB or 3GB RAM version. The device ships with an IR remote control with learning function, a 5V/2.5A power supply, an HDMI cable, and a user’s manual in English. The day I received the sample the top cover looked to have many scratches, but after removing the plastic film on the […] 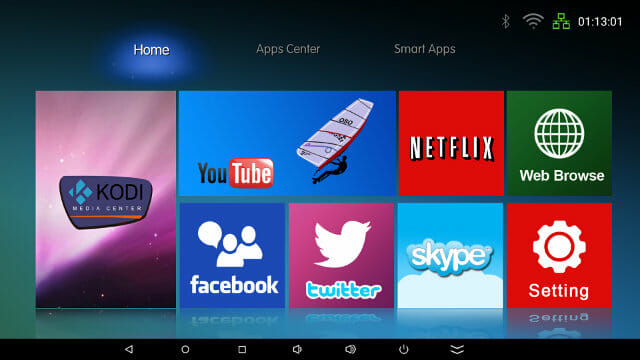 Kingnovel R8 is one of the many Rockchip RK3368 based TV boxes on the market, and since I’ve already provided the specs, as well as pictures of the device and board, I’ll carry on with the review today. While I’m usually testing video playback in Kodi, I’ve only spent a short time with Kodi 15.2 on this box, and instead switched to VLC (aka VideoLAN), an another open source media player, and my favorite program to watch videos in my Ubuntu computer. Of course, I’ve also tested most hardware features and performance of the device. First Boot, and First Impressions Since I like to test worst case scenarios, I also make sure I use all the ports of the devices, and connected a USB hard drive, USB RF dongles, USB webcam, and relevant cables to the device before powering it up. Once you connect the power, I recommend you have […] 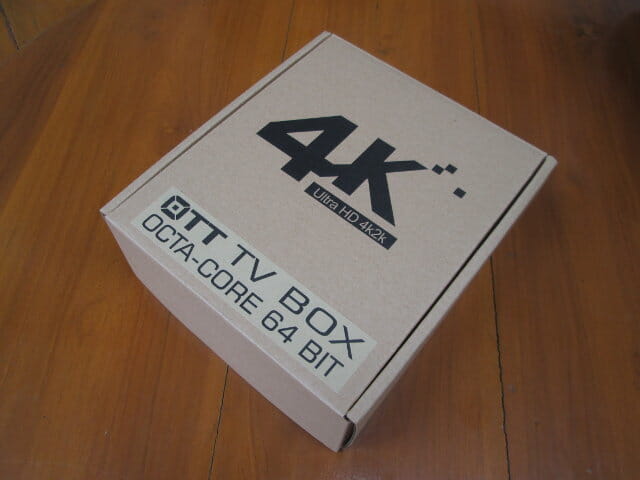 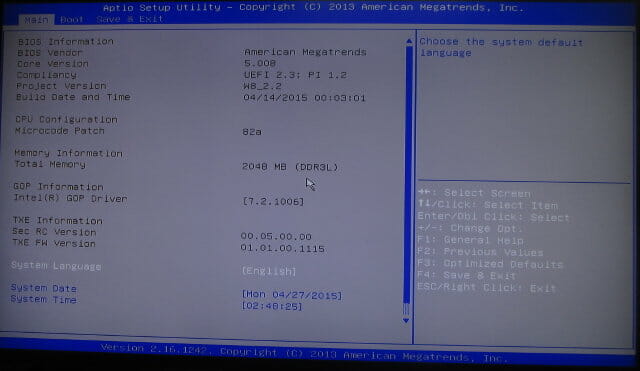 Wintel W8 (aka Kingnovel K8) is an Intel Atom Z3735F mini PC inspired from Sunchip Wintel CX-W8 (the hardware is a little different), but instead of just running Windows 8.1, the device can dual boot Android 4.4 and Windows 8.1 with Bing. I’ve already taken pictures or torn down Wintel W8, so today, I’ll focus on the software part of the review, first checking dual boot functionality and Windows 8.1 briefly since it should be very similar to MeLE PCG03, before spending more time on Android as it’s my first Android Intel platform. Dual boot in Wintel W8 When you boot the device, you can select Android or Windows icon, with a 10 second timeout that will boot your latest choice. There’s no menu within Windows to start Android, and vice versa, so to dual boot you need to reboot first, and select the operating systems right after UEFI. The […] 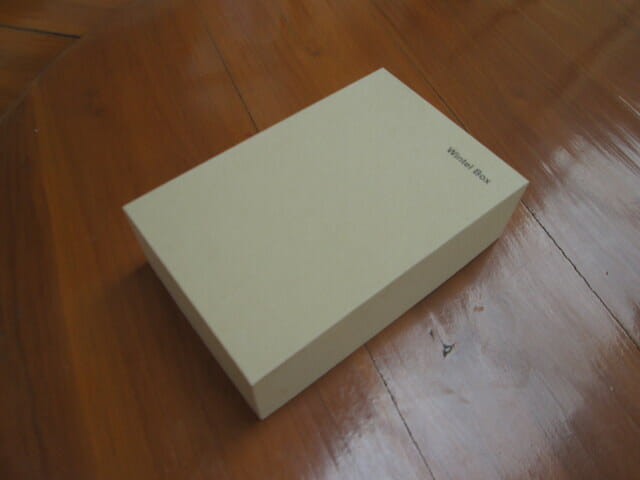 Last year, we were promised dual boot mini PC based on Intel that would run Windows 8.1 or Android 4.4, but finally companies decided against shipping a dual boot firmware, and simply loaded Windows 8.1 on their machines. Kingnovel sent me their K8 mini PC, better known as Wintel W8, based on Intel Atom Z3735F, and that can dual boot Windows 8.1 with Bing or Android 4.4. Today, I’ll go through the specs first, take some pictures of the device, and tear it down to have a closer look at the hardware, and in a separate post I’ll quickly check out Windows 8.1, before spending a bit more time on Android 4.4 to see how well or bad Android runs on Intel platforms. Kingnovel K8 / Wintel W8 specifications Hardware-wise the box has mostly the same boring specifications as almost any other Intel Atom Z3735F products on the market: SoC […] 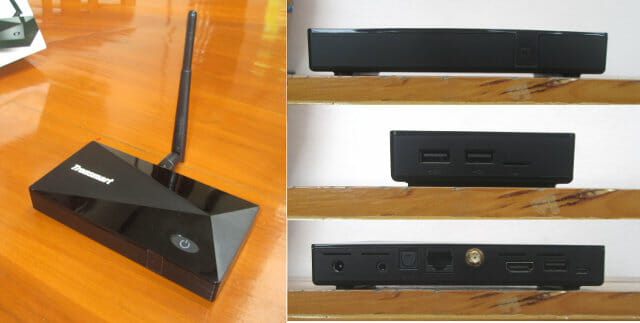 I’ve reviewed quite a few Android media players this year, and as 2014 comes to an end, I thought it might be worth writing a best of 2014. But it’s difficult to announce an overall winner since all have some flaws one way or another, I’ll classified by categories: Best Ethernet, Best Internal Storage, … a bit like for “Oscars ceremony awards, based mostly on objective results from my tests. However, and somewhat oddly for a media player, I won’t select any TV boxes based on their video playback capabilities, as so far I haven’t found one that can play most 4K / H.265 videos reasonably well in Kodi, and video playback tests are also subjective. This is obviously a flawed contest as they all are, because in order to be nominated, the media player must have been reviewed on CNX Software. But it should be fun anyway, so let’s […] 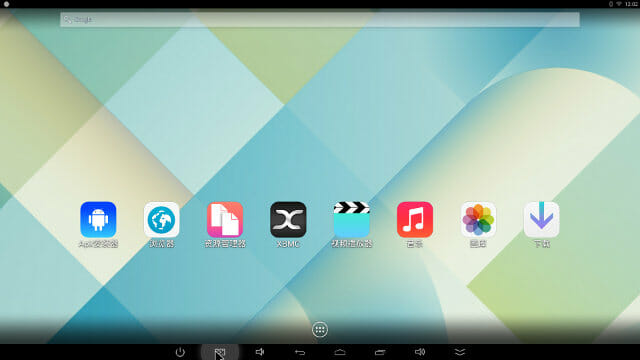 I’ve already listed specs, and shown a few pictures of Kingnovel K-R68 (R6) Android media player based on the latest Rockchip RK3288 quad core processor. I’ve now gone through all my usual tests, so today, I’ll write the review, going through the user interface, testing video playback, reporting one various performance benchmarks including network and storage performance, tested most hardware features, and played a few games. First Boot, Settings and First Impressions Albeit there’s an infrared remote control with the device. I’ve not used it all, especially, as we’ll see below the default user interface is the stock Android home screen. As usual, I’ve connected an RF dongle to use Mele F10 Deluxe air mouse. Before powering up the device, I’ve also connected an HDMI cable, a USB hard drive, and an Ethernet cable. Albeit there’s a power button, the device will boot automatically as you connect the power adapter, […]