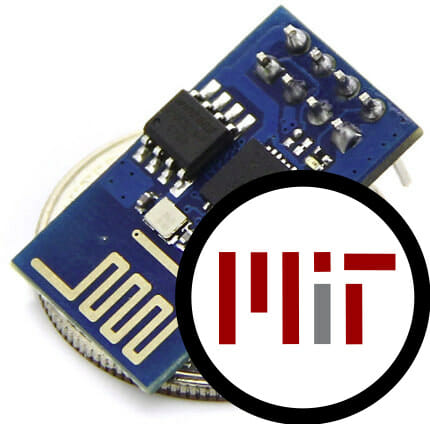 ESP8266 is the now famous dirt-cheap Wi-Fi SoC used for IoT applications. It can be used by hobbyists and companies alike. But for the later, there was a licensing issue as Espressif ESP8266 SDK was initially released under the GPLv3 license. GPL code is great and lots of open source projects are released under the most common open source license. But since proprietary, closed source software has still its place in the market place, some other more permissive licenses such as LGPL are used for library, and Android for example has an Apache License 2.0. So previously, if you developed an application using ESP8266 SDK, you’re code would have to be GPL too, since the license is viral. It would also cause issues if you had released your application under an Apache or MIT license. But now, all is well, as Espressif released ESP8266 SDK 1.10 under an MIT license, […] 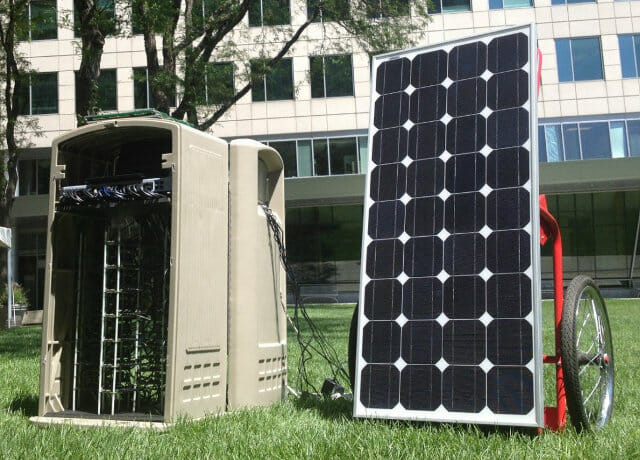 Michael Larabel of Phoronix did a “little” week-end project at the Massachusetts Institute of Technology (MIT), building an ARM cluster with 48 Pandaboards mostly with standard Pandaboards (OMAP 4430), although some Pandaboard ES (OMAP 4460) were also thrown in the mix. The 96-core cluster consumes just over 200 Watts under load and can be powered by a solar panel. The boards are stacked up vertically in an industrial trashcan, and are powered via USB instead of AC adapters. Michael’s PandaBoard ES testing indicates about a 3 Watt idle per board, 5 Watt under load, or 6 Watts under extreme load. The cluster idle power consumption is just under 170 Watts while idle, and goes slightly over 200 Watts under load. Each Pandaboard runs Ubuntu 12.04 ARM OMAP4 installed on SD cards. MIT did some testing and provided Phoronix with benchmark results such as tests following Green500 benchmarking procedure, but they are […] 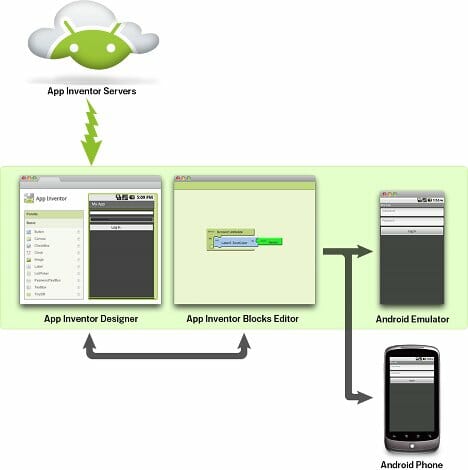 At the end of 2010, Google Introduced App Inventor, a web based tool allowing non-programmers to easily design Android applications, before phasing it out at the end of 2011. Google eventually made App Inventor open source and it is now handled by the Massachusetts Institute of Technology (MIT) which planned to make a beta version of App Inventor available to the general public in Q1 2012. This happened yesterday, as the MIT App Inventor service is now open to everyone and all you will need is a Google ID for log-in such as a gmail account. There is no need to install any software as was the case with the original version of App Inventor and everything is handled in the web browser. Since this is the first release, MIT explains that there may be issues due to the load from a large number of users and there may be […]

Android App Inventor has been phased out by Google some weeks ago. But it is not dead yet, as Google made it open source and it is hosted at the Massachusetts Institute of Technology (MIT). The developers of App Inventor said they won’t be accepting contributions to the source code for now, but they plan to accept other developers contribution once the project is “complete and deployed to a large-scale public server”. App Inventor is a tool that allows non-programmer to design applications for Android via a web-based interface for designing Android apps without the need to get into Java programming with the Android software development kit. The projct is being transfered between Google and MIT, and you won’t be able to use App Inventor at the moment. MIT anticipates the public instance of App Inventor will be available for the general public to access some time in the first […]

The great thing about open source code is the large amount of high quality code that is available and many embedded projects use FOSS code as it really speeds up development time. What is not often taken into account are the licenses for the code. Many companies often simply ignore licenses issues and some even go one step further by obfuscating the code to work around dual license issues or to hide the use of a particular open source library. Even though history shows that few companies get sued due to open source license infringements and release of open source code modified in commercial projects often requires the community involvement, open source licenses should still be taken into consideration as the risk still exists. I’ll give an overview of open source licenses in this blog post, as well as recommendation on how to keep your proprietary code closed. Definition of […]