Michael Larabel of Phoronix did a “little” week-end project at the Massachusetts Institute of Technology (MIT), building an ARM cluster with 48 Pandaboards mostly with standard Pandaboards (OMAP 4430), although some Pandaboard ES (OMAP 4460) were also thrown in the mix. The 96-core cluster consumes just over 200 Watts under load and can be powered by a solar panel. 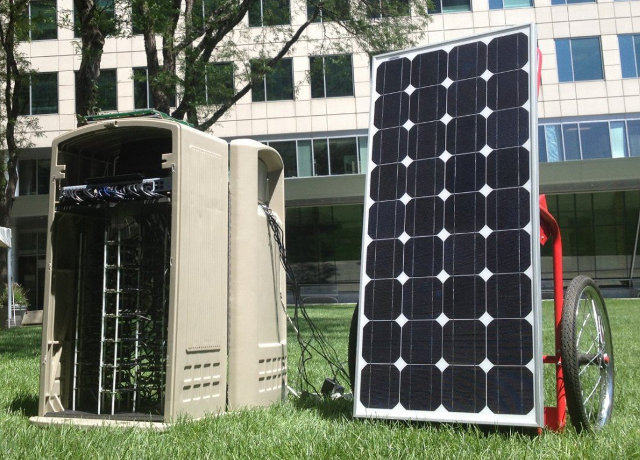 The boards are stacked up vertically in an industrial trashcan, and are powered via USB instead of AC adapters. Michael’s PandaBoard ES testing indicates about a 3 Watt idle per board, 5 Watt under load, or 6 Watts under extreme load. The cluster idle power consumption is just under 170 Watts while idle, and goes slightly over 200 Watts under load.

Each Pandaboard runs Ubuntu 12.04 ARM OMAP4 installed on SD cards. MIT did some testing and provided Phoronix with benchmark results such as tests following Green500 benchmarking procedure, but they are not ready to share those yet, at least until everything is optimized.

A video of the system will be uploaded by MIT later on.

Everyone have a long coffee after 6pm to 8am, while the server is down.