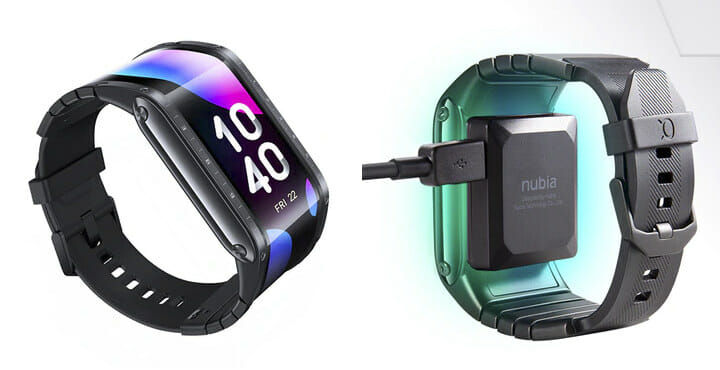 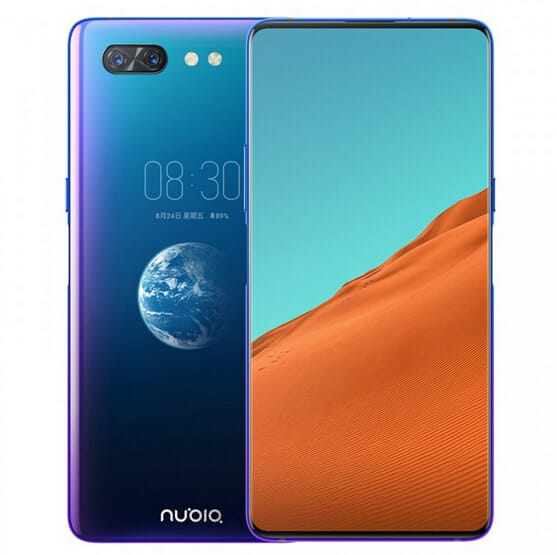 Consumers don’t seem to be fans of bezels, so manufacturers try to keep them as small as possible, and many phones are now launched with a notch for the front-facing camera, and some with a front-facing camera that pops up during use. The former is not eye-pleasing to some users, and the latter may not feel robust. Nubia X smartphone does away with either simply because the company dropped the front-facing camera, instead relying on the rear camera plus a second screen on the back for selfies. This setup enables an utra-slim bezel on all four sides. Nubia X specifications: SoC – Snapdragon 845 octa-core processor with 4x Kryo 385 Gold cores @ up to 2.65 GHz, 4x Kryo 385 Silver cores @ up to 1.80 GHz, Adreno 630 GPU System Memory + Storage –  6GB LPDDR4X + 64GB storage, or 8GB LPDDR4X + 128 GB storage Displays 6.26″ main […]

We have smartphones, we have smartwatches. and we have… Nubia-α that is something in between, and which the company (Nubia) promotes as a “wearable smartphone”. The device comes with a long curved display, and you’d wear it around your wrist just like a watch with access to fitness apps, and music, but just like in a phone, you could make phone calls and send SMS thanks to 4G connectivity, as well as taking selfies or making video calls with its built-in camera. We don’t have the specifications yet, but the thing is real as it was showcased at IFA 2018, although for the eyes only, i.e. no hands-on or even touching the Nubia-α. Engadget reported about the device, and while the reporter clearly did not like the largish camera on the side, she seems impressed by the brightness and colors coming out of the Flex OLED display. The watch / […]