Consumers don’t seem to be fans of bezels, so manufacturers try to keep them as small as possible, and many phones are now launched with a notch for the front-facing camera, and some with a front-facing camera that pops up during use. The former is not eye-pleasing to some users, and the latter may not feel robust.

Nubia X smartphone does away with either simply because the company dropped the front-facing camera, instead relying on the rear camera plus a second screen on the back for selfies. This setup enables an utra-slim bezel on all four sides. 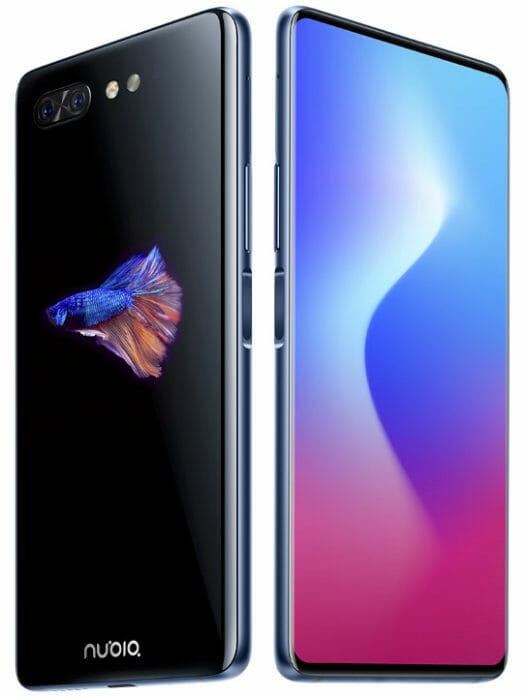 You can see what the rear screen looks like in action in the short video below.

This is the Nubia X, a dual-screen phone with a very high screen ratio.
Source: Weibo 字幕 GOUBA pic.twitter.com/L2So4FdzNU

I wonder why they didn’t just make the back of the phone mirrored….

I had to admit I was feeling happiness with the title, a phone without selfie camera? that’s my dream. I don’t do shitty selfies, and more and more I hate them because I hate notches, and crappy selfie cameras are basically the responsible of idiotic notches in phones. Remove ALL selfie cameras once and for all, damn phonemakers…

You can still selfie by running video recording to the back panel and pose until you get the right result. Then you just flip the phone, terminate the recording and choose the frame you want to extract as a single image.

Overall this is damn ingenious. All the advantages and non of the disadvantages. And the general utility of the back panel for notification while the cost can be offset by the lack of a front camera…

Nubia? Never heard of … oh, Nubia is a subsidiary of ZTE Corporation.

Wow … that clip with the screen on the back is nice!

If only it wasn’t the size of a tennis raquet and came with a headphone socket.

Uhmm, ever heard of Bluetooth?