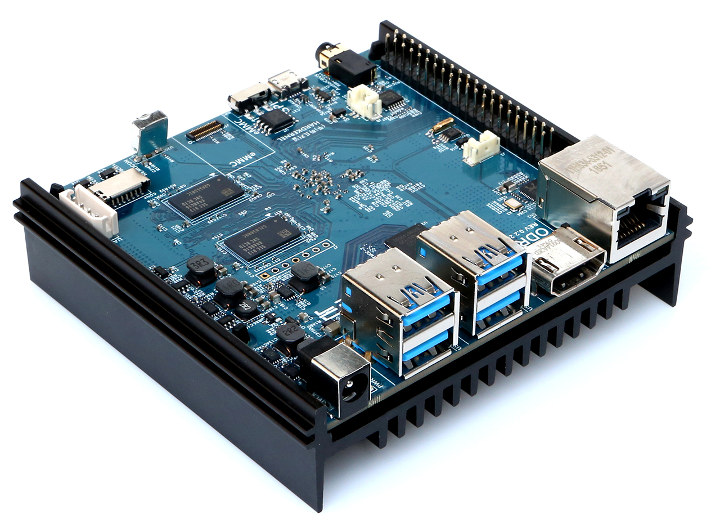 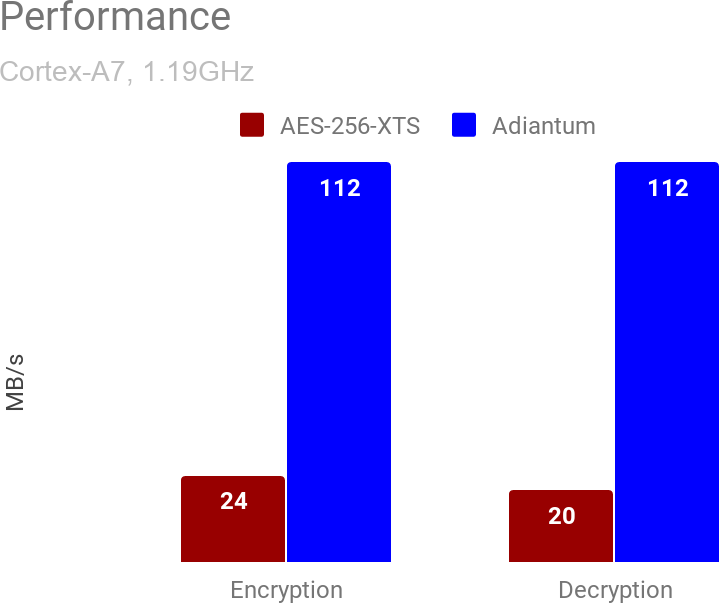 File Encryption is enabled – even required – by default in most Android devices, as it protects your data would you lose your phone, or have it stolen. Encryption in Android leverages the Advanced Encryption Standard (AES), and most modern 64-bit processors – like the ones based on Armv8 – come with a crypto accelerator that boosts performance several folds compared to a software only solution. But there are also many low end devices, for example based on Arm Cortex-A7, that lack crypto extensions, and enabling AES encryption would make the devices even slower than they already are. So in order to provide file encryption on entry-level hardware without comprising too much on performance, Google has developed Adiantum encryption optimized to run on targets without crypto accelerator. As explained in a Google Security blog post, Adiantum uses the ChaCha stream cipher – as used in HTTPS – in a length-preserving mode since file systems work in 4096 bytes block. The […] 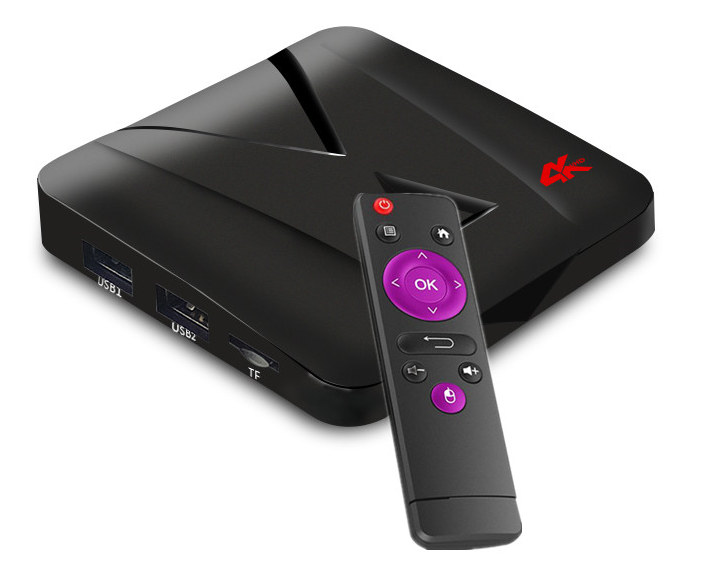 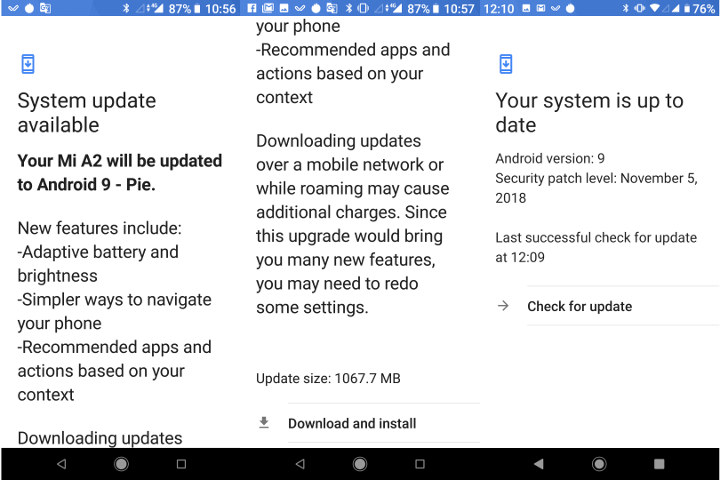 I read Xiaomi Mi A2 got an official upgrade to Android 9 Pie in India around mid November. This got me interested in reviewing Xiaomi Mi A2 with the latest Android operating system, and GearBest sent me a sample for this purpose. However in the first part of Xiaomi Mi A2 review, I only got a security update to November 5 2018 security patch level, but the operating system remained Android 8.1. I was a disappointed, but I did not look into it so far since I was busy with other tasks, but this morning I finally got the update! Hooray! If like me, you are based in Thailand or another country stuck to Android 8.1, and would like to upgrade Xiaomi Mi A2 to Android 9, you can follow those simple steps which I have tested personally: Book a flight ticket to Hong Kong Board the actual flight and land in Hong Kong Purchase a tourist SIM card with […] 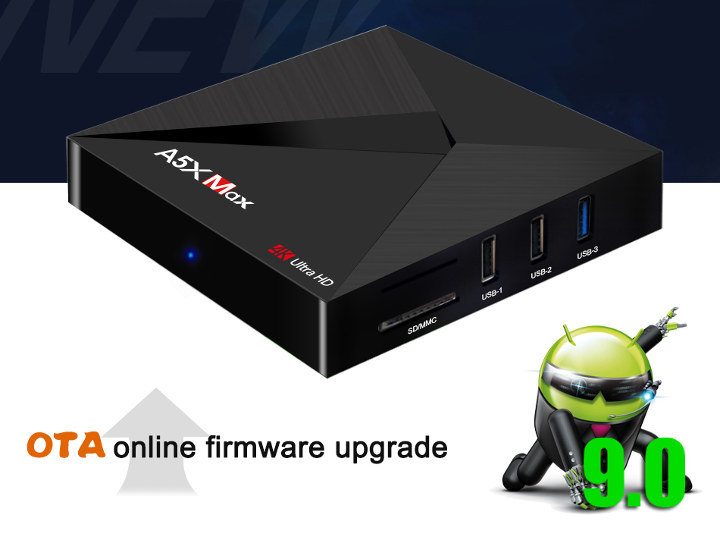 If you own a fairly recent official Android TV device, you should probably expect an update to Android TV 9.0 in due time, but for TV boxes running Android instead, I was not aware of any models running Android 9.0 so far. Having said that, with Android 9.0 support announcements from Amlogic and Rockchip made earlier, we knew Android 9.0 boxes would eventually become reality, and according to listings on Geekbuying, there are at least two Rockchip  RK3328 TV boxes running Android Pie: A5X Max going for $45.49 shipped with coupon A5XMAX9, and X88 MAX+ selling for $49.99 including shipping. Both boxes come with similar features except X88 Max+ comes with 64GB flash and dual band AC WiFi, so I’ll have a look at A5X Max specifications: SoC – Rockchip RK3328 quad core Cortex A53 processor @ 1.5 GHz with Mali-450MP2 GPU System Memory – 4GB DDR3 Storage – 32GB eMMC flash + full size SD card slot Video Output […] 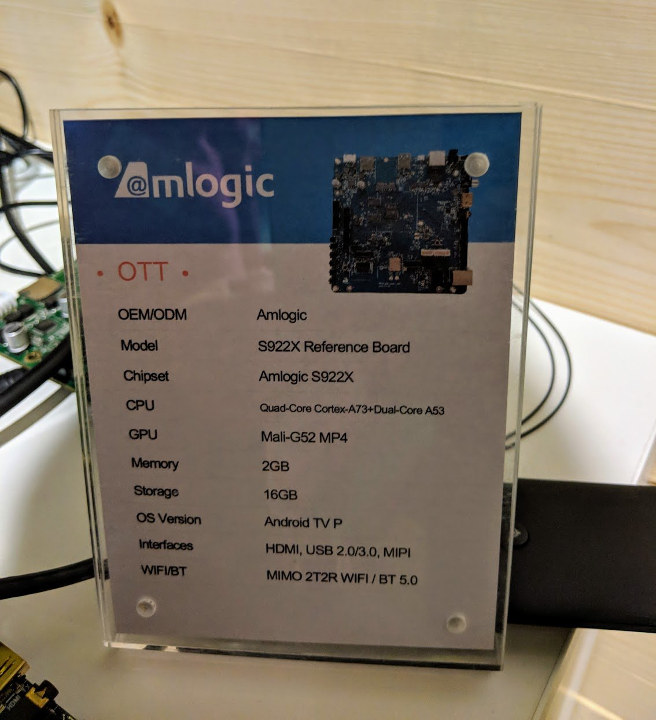 At the very beginning of this year, we published an Amlogic roadmap showing Amlogic S922 next gen CPU/GPU, and S905X2 quad core Cortex A53 processors, but so far we still had limited information, and as per Amlogic own roadmap S922 was still at the definition stage, so exact specifications may have been expected to change at the time. The company showcased some exciting new solutions at IBC 2018 with three reference boards based on new Amlogic S905Y2, S905X2, and S922 processors all running Android TV 9 “Pie”. “Android TV Rumors” was apparently at the event and posted some photos on twitter. Amlogic S905Y2 Reference Board Amlogic S905Y2 processor is using the same old quad core Cortex A53 configuration, but features a more modern Arm Mali-G31 MP2 GPU. The reference board is designed for OTT 4K HDMI dongles, and comes with 16GB storage, 2GB RAM, USB 2.0 interface, as well WiFi 2T2R and Bluetooth 5.0 connectivity. Amlogic S905X2 Reference Board We […] 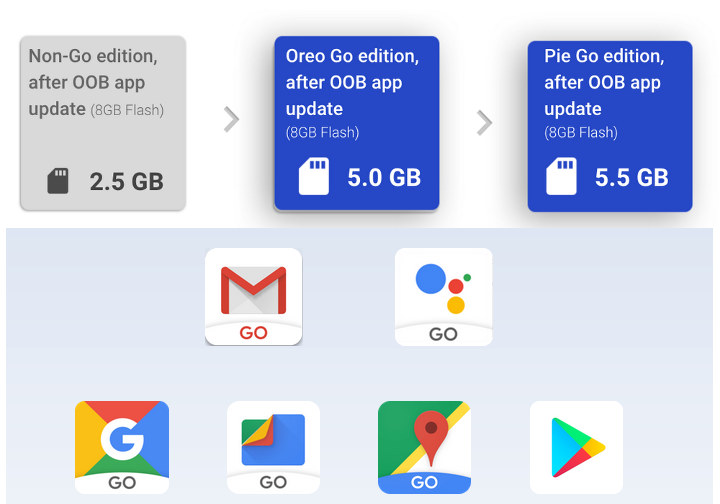 Android Go Edition was first launched with Android 8 (Oreo) in order to provide an operating systems and Google apps optimized for low-end hardware with less than 1GB RAM.  Since then more than 200 Android Go smartphones have been introduced in over 120 countries for as low as $30. Follow the release of the “full” Android 9.0 Pie operating system last week, the company has now announced Android 9 Go Edition with several new features. Android 9 Go Edition brings the following improvements at the OS level: Up to 500MB extra storage – So as shown above you may have 5.5GB free instead of 5.0 GB in Android 8 in a phone with an 8GB flash. Faster device boot times Better security features like verified boot Dashboard for tracking and monitoring data consumption The company also made several improvements to Google Go apps with for example, Google Go being able to read webpages aloud, Google Maps Go supporting navigation with […] 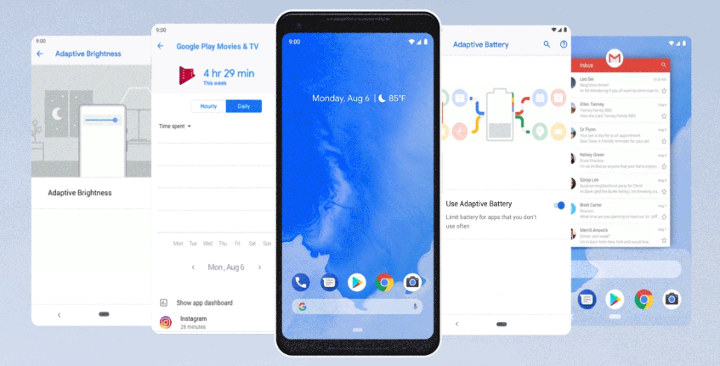 After several Android P developer previews and Android P beta releases, Google has now officially released Android 9 “Pie” operating system which brings new features leveraging artificial intelligence such as adaptive battery, app actions or slices, as well as support for WiFi RTT indoor positioning, displays with notch, a new neural API, and so on. I’ve already covered the new features in previous posts, so I won’t go over them again in this post. There’s however a new service/app called Digital WellBeing, which I had not heard of before, and which aims at helping you taking time away from your phone. It will officially launch this fall, but Pixel phone owners can apply for the beta version. You can install Android 9 on your phone by downloading the firmware images (or via OTA) if you own one of the following phones “Google Pixel 2 XL “taimen”, Google Pixel 2 “walleye”, Google Pixel XL “marlin”, or Google Pixel “sailfish”. Images from  […]