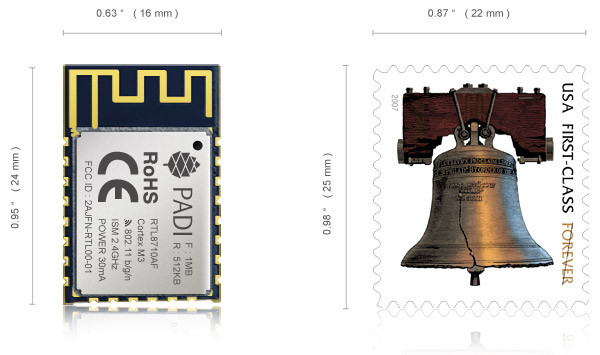 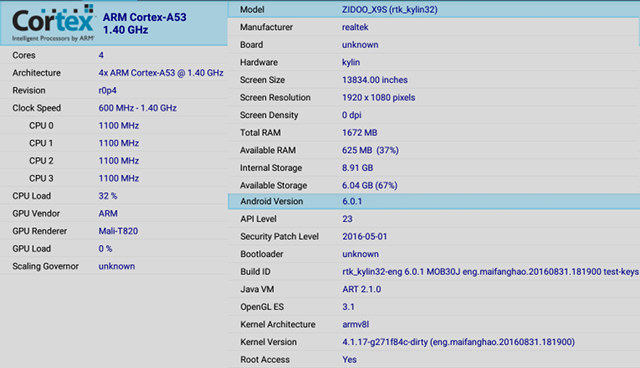 Zidoo X9S is the first Android TV box based on Realtek RTD1295 quad core Cortex A53 processor that I’ve received for review. So in this post, I’ll show some system information with CPU-Z, and Android & OpenWrt Settings, and run typical Android benchmarks such as Antutu 6.x, Vellamo, and 3Dmark. Zidoo X9S / Realtek RTD1295 Android System Info CPU-Z detects Realtek RTD1295 is a quad core ARM Cortex A53 processor clocked between 600 MHz and 1.4 GHz with an ARM Mali-T820 GPU, and uses an unknown governor… But in adb shell, tje command “cat /sys/devices/system/cpu/cpu0/cpufreq/scaling_governor” reports an ondemand governor is used. The system runs Android 6.0.1 on top of Linux 4.1.17 (I think it’s the first time I see a Linux 4.x kernel used in a TV box…), and with 1920×1080 resolution. Total RAM is shown to be 1672 MB, most probably because some RAM is reserved for the GPU and VPU out of the 2GB RAM. There’s only 8.91 […] 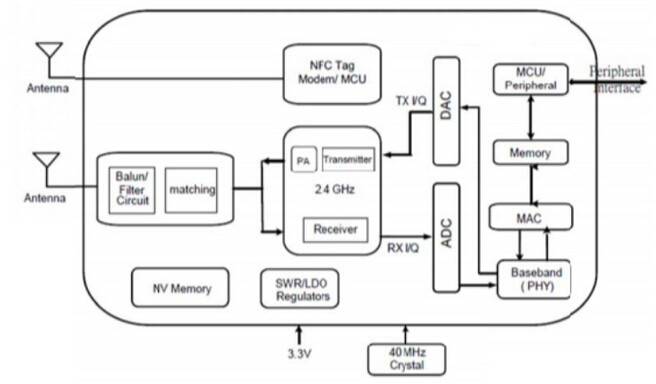 We were made aware of a potential ARM based ESP8266 competitor last week with Realtek RTL8710 WiFi modules selling for about $3.5 shipped per unit, and under $2 per unit for larger orders (100+ pieces). Hardware is good, but for a platform to be successful, or even just useful, you also need software support. So I started doing some research into IoT-Tech BBS and asked ICStation for an “SDK” for the module they sold. I ended up on this forum post providing an “Realtek RTL8710 SDK” via Baidu (password: brwp), which turned out to be about the same as the Google Drive link provided by ICStation, and only contain minimal documents, as well as cracked Windows IAR Embedded Workshop and JLink tools. There are also some more technical details in Chinese only in another forum post, and well as B&T RTL8710 module datasheet (PDF). However, if you don’t read Chinese that’s pretty challenging, and you may not want to use […] 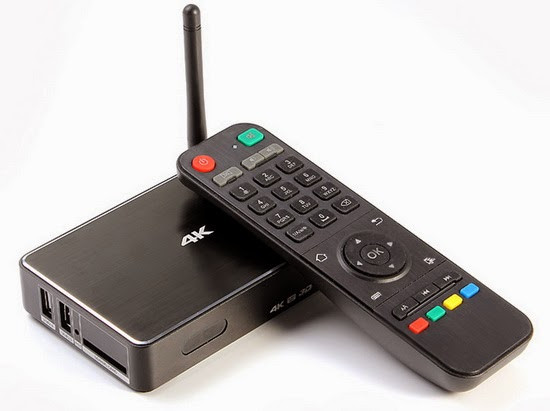 Android TV boxes based on Realtek RTD1195 SoC are cheap (about $60), with a relatively slow dual core Cortex A7 processor, but include fast interfaces such as USB 3.0, Gigabit Ethernet, and sometimes SATA, and are said to be very good at playing videos. After several months of development since they’ve first been spotted, RTD1195 media player are finally shipping. One of the models is M-195, which had its firmware recently released, and can be downloaded from copy.com, filefactory, mediafire, or solidfiles servers. This firmware is based on Android KitKat 4.4.2, with build number rtk-phonenix-eng 4.4 krt160 eng.ton.20141024.094201. Firmware update is pretty easy, and is operating system agnostic, since all you need to do is to basically copy the firmware file to a USB flash drive. A PC is not even necessary, as you can download the file and extract it directly from the mini PC itself. The same procedure should work with all RTD1195 media players. Extract M-195 RTD […] 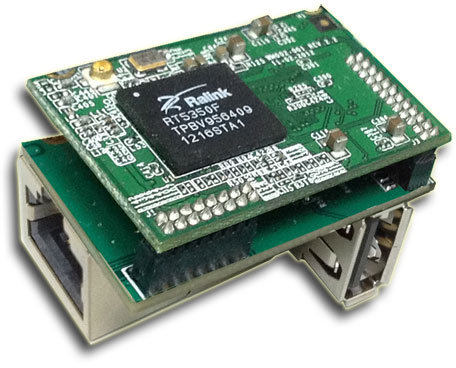 VoCore Wi-Fi module selling for $15 to $20, and it’s corresponding VoCore Dock with Ethernet has been quite popular, and at the time of writing, the project has already received $40,000 in funding with 50 more days to go. But if you’d rather get something for the same price, a few months early, and an already FCC/CE certified and proven module and tiny IoT server, AsiaRF has also launched a crowdfunding campaign for their AWM002 Wi-Fi module running OpenWRT on the same Ralink RT5350 found on the VoCore. as well as AWM002 Tiny Kit which adds Ethernet and USB, and a larger board with easier access to all ports and I/Os. As a reminder, let’s go through AWM002 specifications again: SoC – Mediatek/Ralink RT5350 MIPS 74KEc core @ 360 MHz dual band 802.11n Wi-Fi with data Rate up to 150Mbps, hardware NAT, QoS, TCP/UDP/IP checksum offloading. System Memory – 32 MB Storage – 8MB NAND flash (for firmware) Security – 64/128-bits WEP, […] 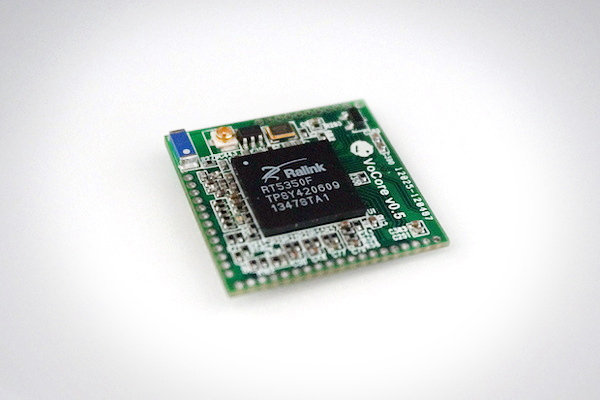 There are already low cost Wi-Fi modules that can be used for the Internet of Things such as AsiaRF AWM002 and Hi-Link HLK-RM04. However, AsiaRF mainly caters to companies, and the Hi-Link module has a limited memory (16MB), which may or may not be an issue depending on your application. VoCore Wi-Fi module could prove to be an interesting option as it is the same $15 to $20 price range, runs OpenWRT with 32 MB RAM, will be open source hardware, and provides up to 20 GPIOs in a tiny (25x25mm) form factor. VoCore Wi-Fi module specifications: SoC – Ralink/Mediatek RT5350 MIPS processor @ 360MHz with dual band 802.11n Wi-Fi with data Rate up to 150Mbps System Memory – 32 MB RAM Storage – 8MB SPI Flash (for firmware) / 16 MB on limited edition Available Signals (Via through holes): 10/100M Ethernet USB UART, I2C, SPI I2S, PCM JTAG Over 20 GPIOs Power Pins – 3.3V, 1.8V, GND Power Consumption – […] 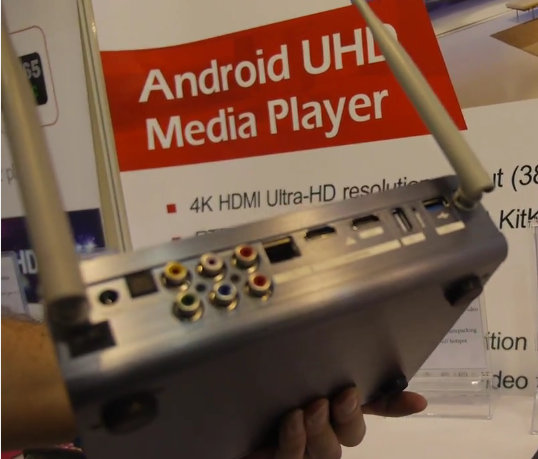 AndroidPC.es has reported that Mele is preparing to launch a new set-top boxes based on Realtek RTD1195 STB SoC with a dual core ARM Cortex A7 (or A9) and a Mali GPU (TBC), and Egreat will also launch their A-Series STB based on the same SoC according to a video by charbax which also features older Realtek and Rockchip Android TV Boxes, and an RK3188 based game console (Egreat K3). RTD1195 supports 4K, H.265 video decoding, and products usually come with USB 3.0 and Gigabit Ethernet ports, and in some cases, even a SATA drive bay. Here are the preliminary specifications from the the upcoming (and unnamed) Mele boxes: SoC – Realtek RTD1195 dual core ARM Cortex A7/A9 @ 1.2GHz with Mali-400 GPU (TBC) System Memory – 1GB DDR3  Storage – 4GB flash (8GB optional), internal bays for 2.5″ or 3.5″ SATA drives up to 3TB Connectivity – Gigabit Ethernet, 802.11n WiFi, and Bluetooth 4.0. USB – Support USB 3.0  Digital TV – Optional […]