A few days ago, the U-boot & Linux source code for Realtek RTD1296 processor was released, and when we checked out the code we found out references to a completely new Realtek RTD1619 hexa-core Arm Cortex-A55 processor, as well as code for the previously announced Realtek RTD1395 processor. 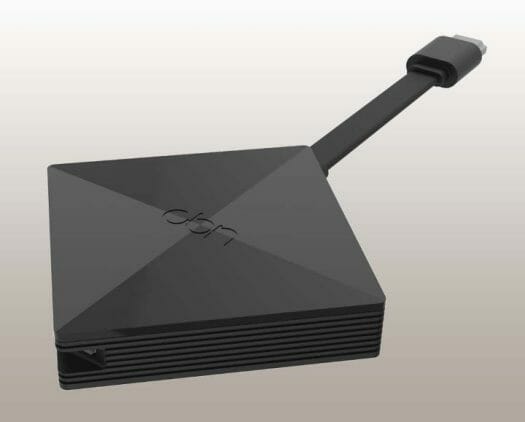 The main novelty of the processor appears to be the Mali-470 MP4 GPU, which should offer a lower cost SoC compared to the Mali-820 MP3 GPU found in RTD129x processors. It’s unclear which other features – if any – have been removed or modified to bring the cost down, but based on the original announcement, I’d suspect HDMI input and SATA interfaces are gone since it is not needed for “4K OTT TV boxes”. 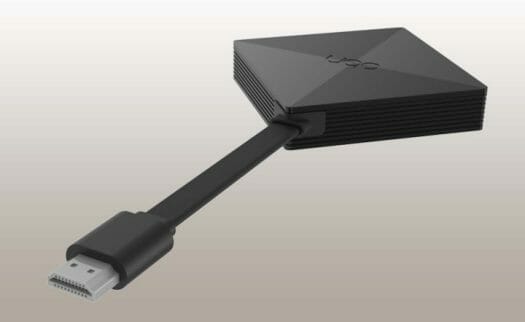 That model is pretty basic in terms of ports, so it looks mostly for IPTV / video streaming, as there’s no USB port, nor the HDMI input port found in most of RTD1295/RTD1296 devices. It should be used by IPTV companies.

The company also explains the device is “available under both Android / RDK-V operating system”. At first, I thought I had never heard about RDK-V, but the overview offers some insights:

The RDK (Reference Design Kit) is a standardized software stack with localization plugins created to accelerate the deployment of next-gen video products and services by multichannel video providers (MVPDs). It enables MVPDs to standardize certain elements of these products and devices such as set-top boxes, gateways, and converged devices, and to easily customize the applications and user experiences that ride on top. It sits below the MVPD application and services layer and provides a common interface to SoC’s, acting as a universal SoC adapter. This standardized stack provides a common method to manage complex video functions such as tuning, conditional access, DRM, and stream management.

The RDK is supported by more than 200 licensees including CE and SoC manufactures, software developers, system integrators, and MVPDs from around the world. It is administered by the RDK Management LLC, a joint venture between Comcast Cable, Time Warner Cable, and Liberty Global. The RDK software is available at no cost to RDK licensees in a shared source manner, and RDK community member companies are encouraged to contribute software changes and enhancements to the RDK stack.

I vaguely remember about the “Comcast RDK” being mentioned a few times by Linaro, but never really looked into it as it is only opened to licensees.

It should be noted VIP1111 name looks very similar to VIP1113 made by Arris International,  so it’s not impossible VIP1111 is also related to the company. We don’t have price information for VIP1111, and likely never know if it does indeed target business customers.

Thanks to Redneckerz for the tip.

It’s worth mentioning that that Mali-470 in an STB might make the latter unsuitable for new games — those that require Jelly Bean and up (https://developer.android.com/guide/topics/graphics/opengl)

Yes this might be a clue ” ARM enables smartphone-quality visuals on wearable and IoT devices with the Mali-470 graphics processor ” ” Why OpenGL ES 2.0? Every pixel matters in delivering high-quality user interfaces. This is especially true for smaller screens where every pixel must play a role in conveying information clearly or providing intuitive controls or both. The majority of Android™, Android Wear and other emerging operating systems, such as Tizen™, use OpenGL ES 2.0 for modern user interfaces, mapping, casual gaming, etc. OpenGL ES 2.0 offers the ideal balance between per-pixel control with programmable shaders and energy-efficiency.… Read more »

> smaller screens … wearable and IoT devices Which pretty much describes an ‘4K OTT TV box’. These things all have small screens and need energy efficiency since they run on battery all the time! I’m a big fan of your unique skills. You’re able to enter words like ‘Mali 470’ into a search engine, then click on some links to find the oldest marketing material available, search for the irrelevant parts and copy&paste it somewhere else to make the world a better place. Thank you so much! https://community.arm.com/graphics/b/blog/posts/arm-enables-smartphone-quality-visuals-on-wearable-and-iot-devices-with-the-mali-470-graphics-processor talks about ‘1080p at 60FPS 32bpp’ maximum so does this mean… Read more »

The illness is rampant ” Linux founder Linus Torvalds has told the BBC that he is seeking professional help to become more empathetic towards fellow developers, but admits he may have to “fake it until I make it”.

I am no developer.

In the sense that it requires a more recent Android OS? Likely. All in all its interesting to see the Mali 470 at play- Something that emphatizes efficiency. I am not sure if it contains the ”double the vertex shading” improvments of Mali 450 (As in, i am too lazy to look it up lol) but even so, this is very much a ”present-looking” SoC. Perhaps interesting as a very low cost solution if its going to be used outside OEM’s but with even Amlogic moving on to OpenGLES 3, this Mali 470 solution is only interesting for current lower… Read more »

In the sense that a game written for Jelly Bean, particularly if it’s a higher-end game, will likely require a more recent GLES — Jelly Bean does 3, whereas this SoC doesn’t.

I am not sure if i am reading this right but:

Just that Jelly Bean supports OpenGLES 3 does not mean it is ”required”. The source link you mentioned says:

”A device running Android 4.3 or higher may not support the OpenGL ES 3.0 API. ”

It is however, limiting support for games, since modern support is out of the question. I reckon this is what you meant with ”unsuitable” for new games.

So yeah, i think i just read this wrongly originally. 😛

That’s right, I should’ve worded myself clearer — JB does not mandate GLES3, it merely introduces it, but if a game was written for GLES3, then it will mandate JB or higher.

The GPU in ARM chips is only for 3D, there’s a separate 2D graphics engine and a VPU that handles video decoding/encoding. As such, the GPU is pretty much irrelevant for something like this type of product.

If you define ‘this product’ as something that will be used for movies alone, then yes. But people do use Android TV boxes for gaming, so a customers might be disappointed to find out this box pretty much doesn’t.

That does raise the question then why bother with the GPU, if it is irrelevant, why do SoC makers not just dump it and stick to 2D?

Android mandates GLES 2.0 as a minimum.

It’s in general used for GUI acceleration, as a lot of the GUI elements are in partial 3D or 3D. This makes for a smoother user experience than if the CPU had to step in to handle the GUI. Sure, some people might want to play games on their Android TV box, but at least in this specific case, it’s not going to happen. I would expect hardware based on the RTD1395 to be really cheap, as Realtek told me back at Computex, that this is their budget solution for low cost video streaming boxes. Unfortunately I forgot to take… Read more »

Might be budget for box makers but will they pass savings to customer, I wonder?

Hmm… I’ve to admit that I’m not into this display stuff at all (only looked into OpenGL once on OS X maybe 15 years ago just to learn that everything that will be drawn on the screen ends up as a ‘scene’ going through OpenGL or something like that).

And I thought something similar happens in Android when drawing the UI… but most probably I’m just wrong or the UI is limited to 1080p and video content when displayed full screen will then switch to 4K or something like that.

The GPU output is normally eventually rendered the the framebuffer, while the VPU output is rendered to a separate hardware buffer which may have a different resolution. Both buffer go through a mixer and then outputted by the display block.

At least that was my experience several years ago. That also explains why TV boxes with 1280×720 or 1920×1080 user interfaces (rendered to the framebuffer) can play 4K videos at actual 4K resolutions. They are just different layers.