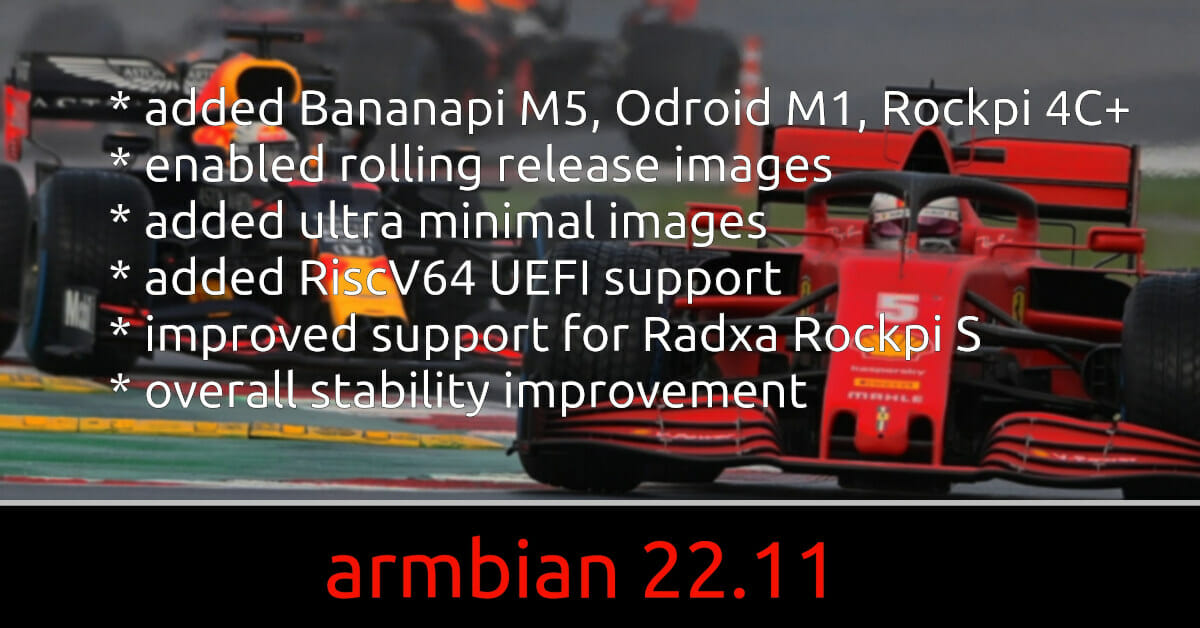 Armbian 22.11 has just been released with three new SBCs, support for 64-bit RISC-V UEFI, a new ultra-minimal image optimized for software development, and various improvements. Armbian was born as a framework to build better OS images, usually Debian or Ubuntu, for Arm-based single board computers from Orange Pi, Hardkernel (ODROID), FriendlyElec, Banana Pi, and others, but now with the release of Armbian 22.11, support for the RISC-V architecture has started since the system can now generate 64-bit RISC-V UEFI images. Some other highlights of Armbian 22.11 include: Added support for Banana Pi BPI-M5 (Amlogic S905X3), ODROID-M1 (Rockchip RK3568), and Rock Pi 4C Plus (Rockchip RK3399-T) Enabled community images with a weekly release cycle Added ultra minimal images optimized for software deployment Improved support for the Rock Pi S (Rockchip RK3308) Kernel upgrade is frozen by default to improve stability I could not find details about the new “Minimal” images, […] 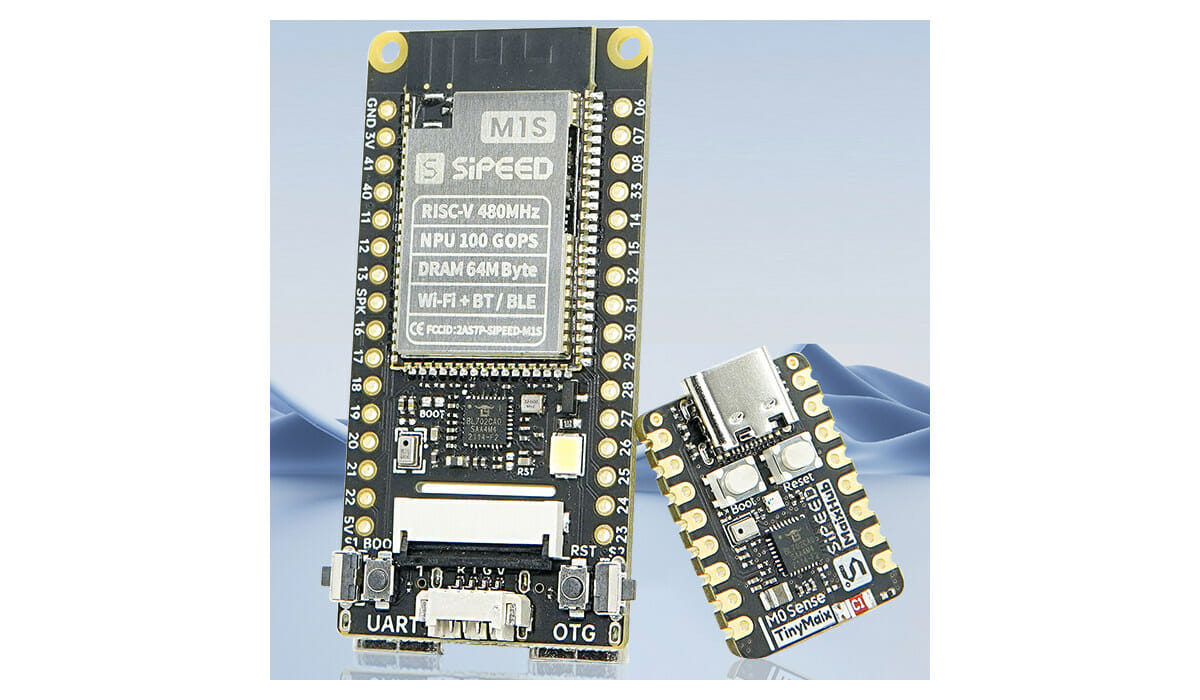 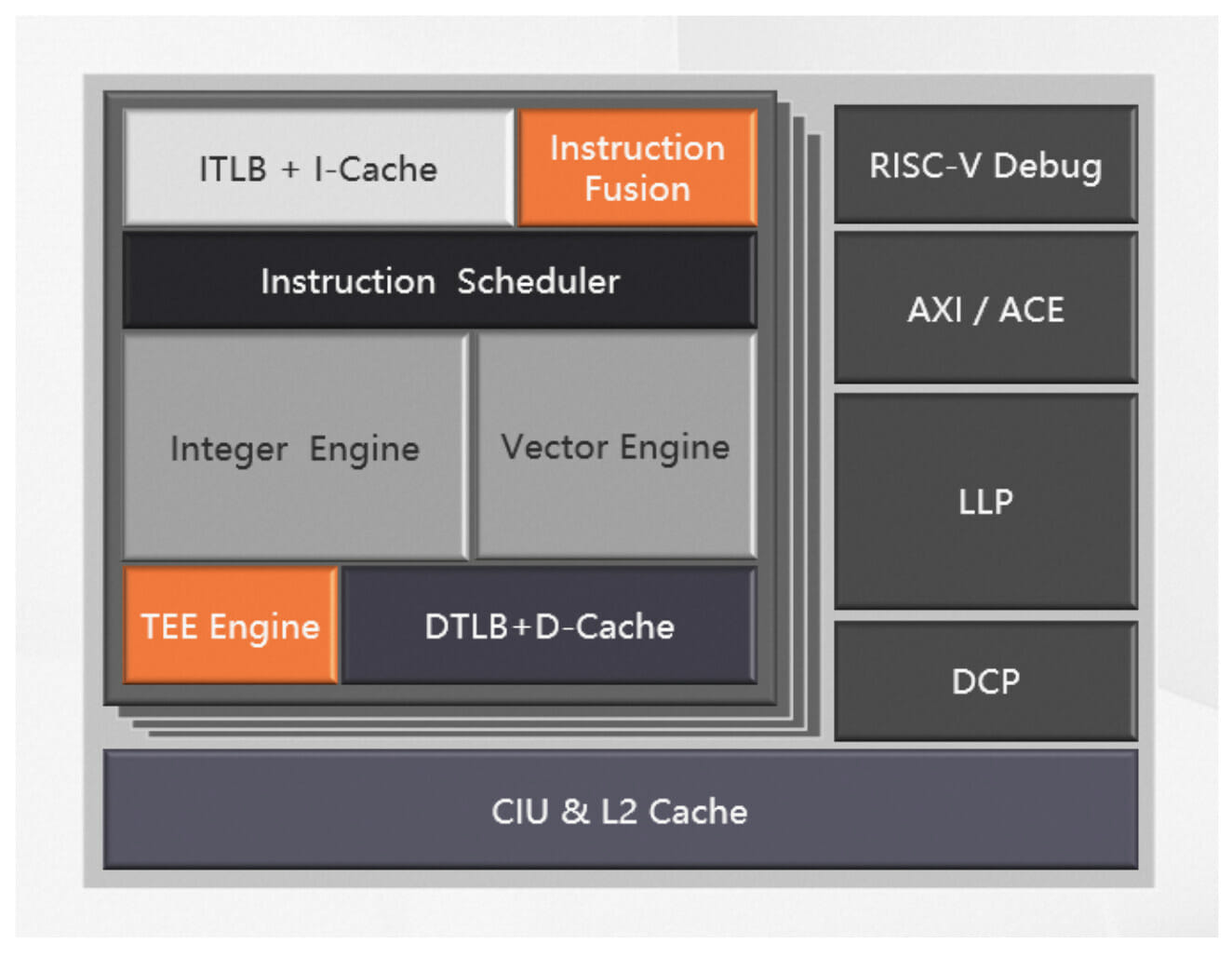 We’ve seen two announcements of high-end RISC-V cores this week with the SiFive P670 and Andes AX65 processors each with a 4-way out-of-order pipeline, but Alibaba’s T-Head Semiconductor Xuantie C908 is a little different with a dual-issued, 9-stage in-order pipeline and support for the RISC-V Vector extension acceleration targeting mid-range AIoT applications. The C908 64-bit RISC-V core adopts the RV64GCB[V] instruction and complies with the RVA22 profile for better compatibility with Android and other “rich” operating systems. The company says its performance is between the C906 and C910 cores introduced in 2020 and 2019 respectively. XuanTie C908 highlights: RV32GCB[V] 32-bit and RV64GCB[V] 64-bit RISC-V architectures with Bit manipulation and (optional) Vector operations extensions Support for RV32 COMPAT mode which allows for 64-bit RISC-V CPUs to run 32-bit binary code, and was merged into Linux 5.19. XuanTie extensions, including Instruction, Memory Attributes Extension (XMAE). RVA22 profile compatibility Cluster of 1 to […] 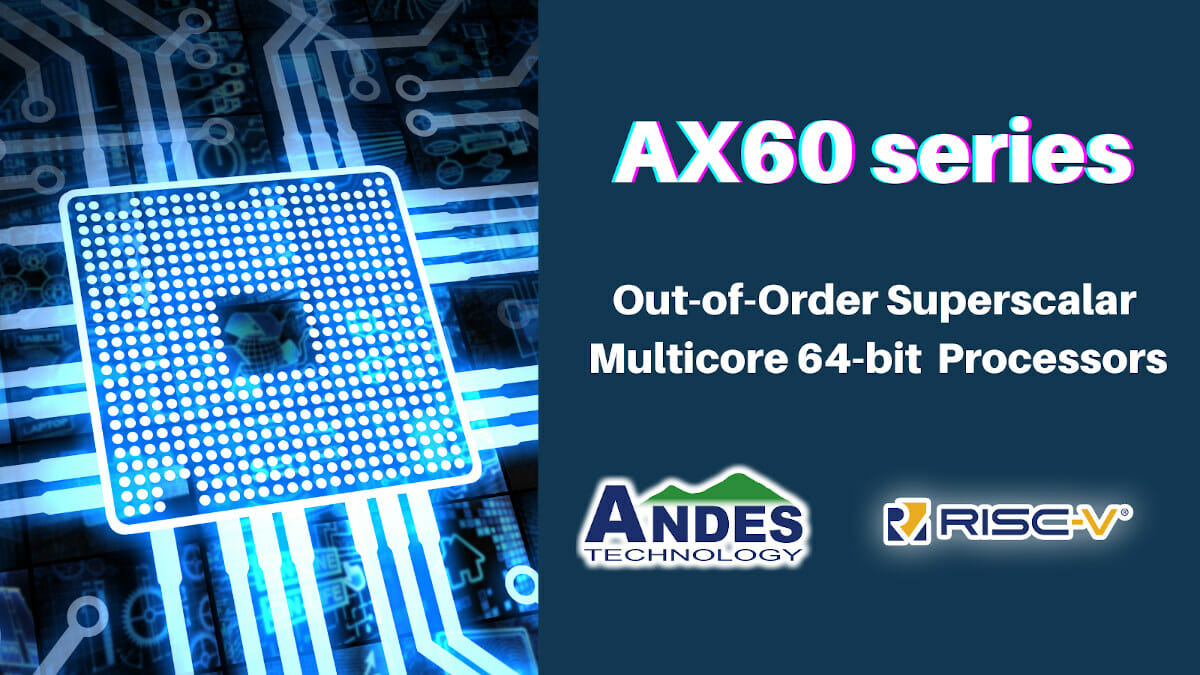 Andes Technology has unveiled the high-end AndesCore AX60 series out-of-order 64-bit RISC-V processors at the Linley Fall Processor Conference 2022 with the new cores designed for compute-intensive applications such as advanced driver-assistance systems (ADAS), artificial intelligence, augmented/virtual reality, datacenter accelerators, 5G infrastructure, high-speed networking, and enterprise storage. AndesCore AX65 is the first member of the family and supports RISC-V scalar cryptography extension and bit manipulation extension. It is a 4-way superscalar core with Out-of-Order (OoO) execution in a 13-stage pipeline and can fetch 4 to 8 instructions per cycle. The company further explains the AX65 core then decodes, renames, and dispatches up to 4 instructions into 8 execution units, including 4 integer units, 2 full load/store units, and 2 floating-point units. The AX65’s memory subsystem also includes split 2-level TLBs (translation lookaside buffers) with up to 64 outstanding load/store instructions. Up to eight AX65 cores (or should that then be […] 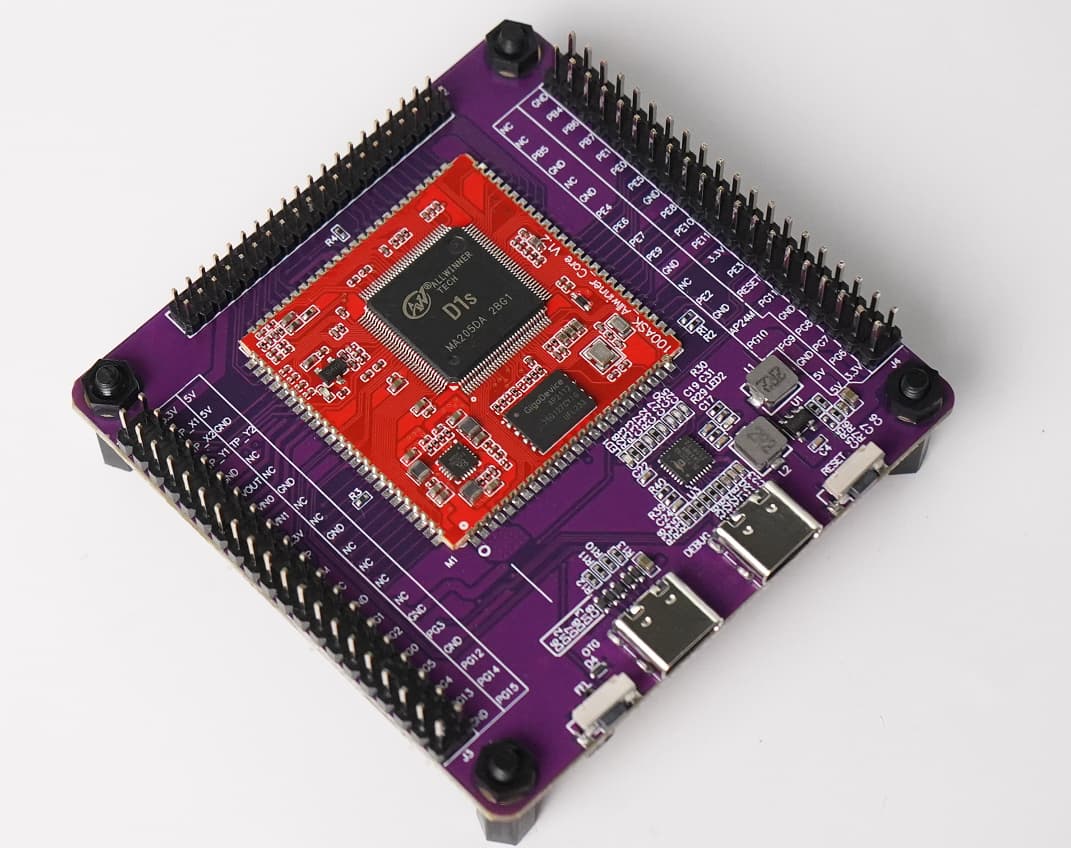 The DongshanPI-D1s development board is comprised of a soldered-on Allwinner D1s RISC-V system-on-module board (SoM) and a carrier board with two 40-pin headers and a 2.0mm dedicated header. This development board is specifically designed to teach programming with a focus on the RISC-V architecture. The development board was designed by 100ask. They previously designed the Dongshan NeZha STU a development board based on the Allwinner D1. The main difference between the two is that 100ask did not include the Ethernet and HDMI interfaces on the DongshanPI-D1s board. The pinout of the headers is also slightly different because they opted to make the headers compatible with the widely used 40-pin GPIO from Raspberry Pi single board computers. DongshanPI-D1s preliminary specifications: D1s Core Lite SoC – Allwinner D1s single-core XuanTie C906 64-bit RISC-V processor @ 1.0 GHz with with 32 KB I-cache + 32 KB D-cache Memory – 64 MB DDR2 (SIP) […] 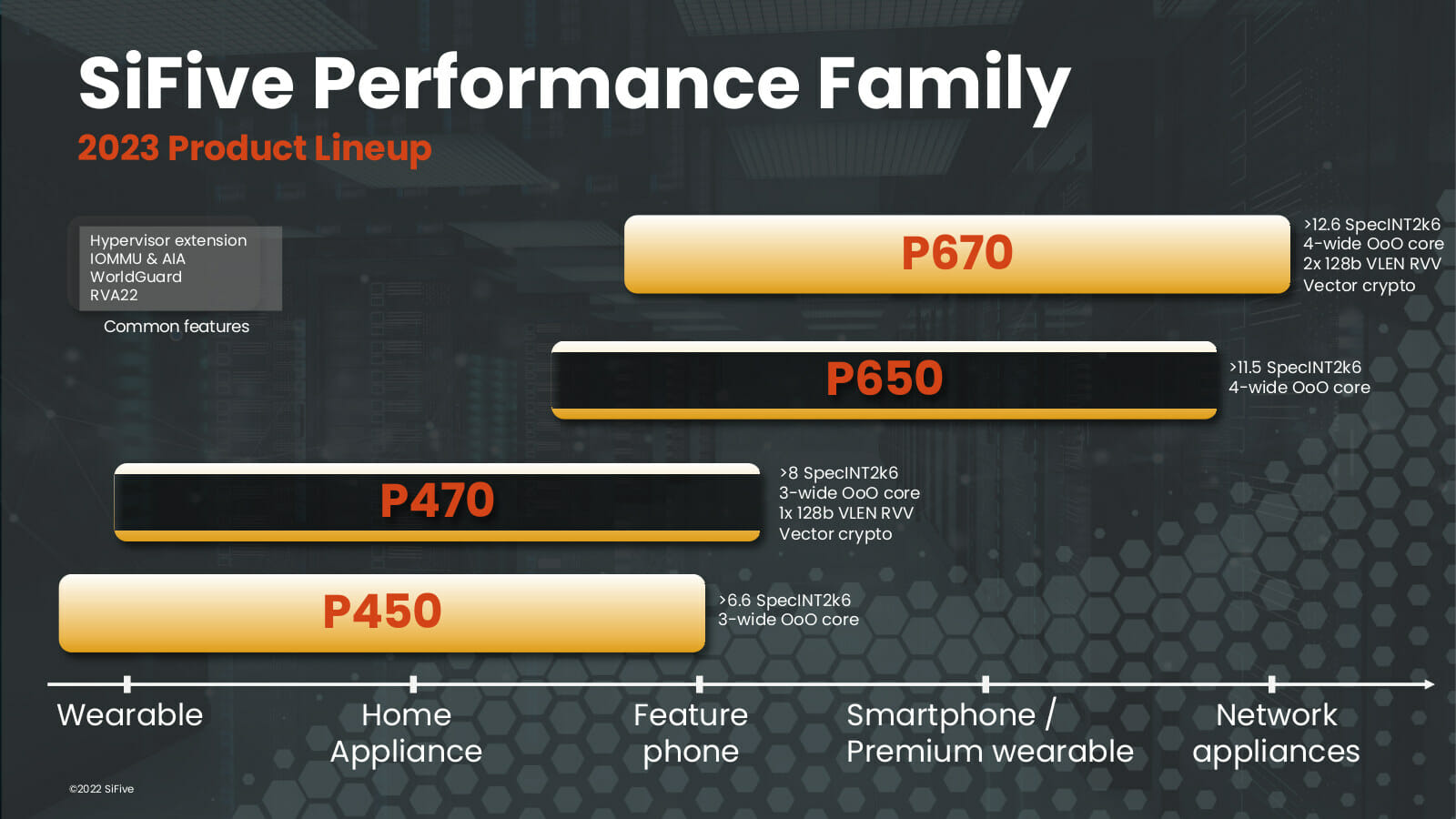 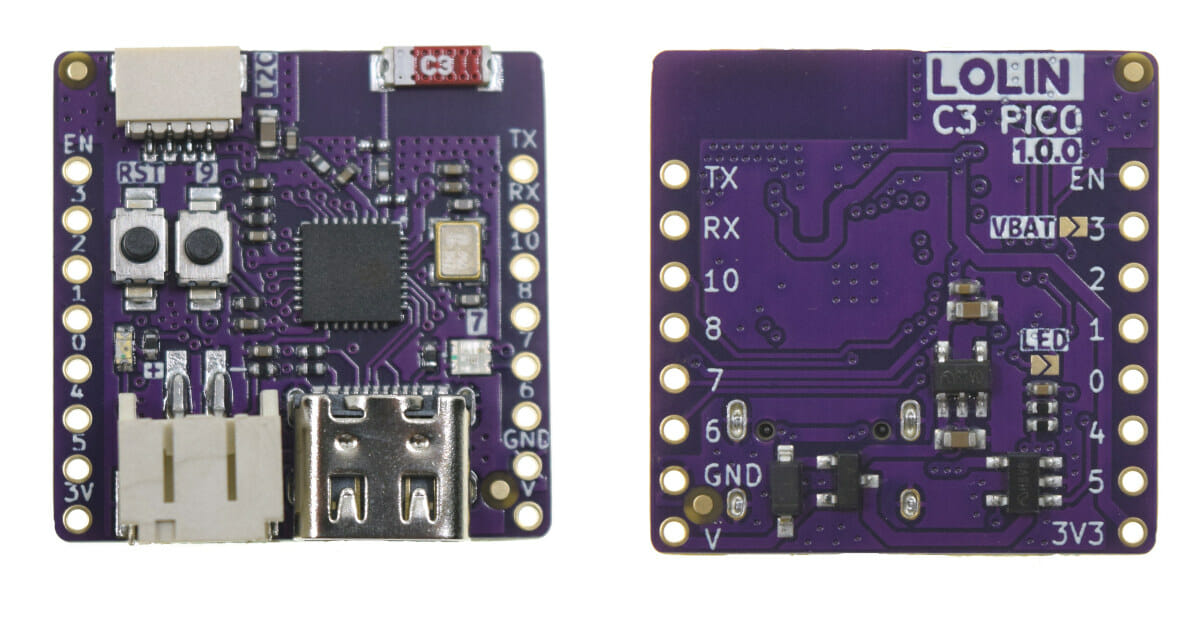