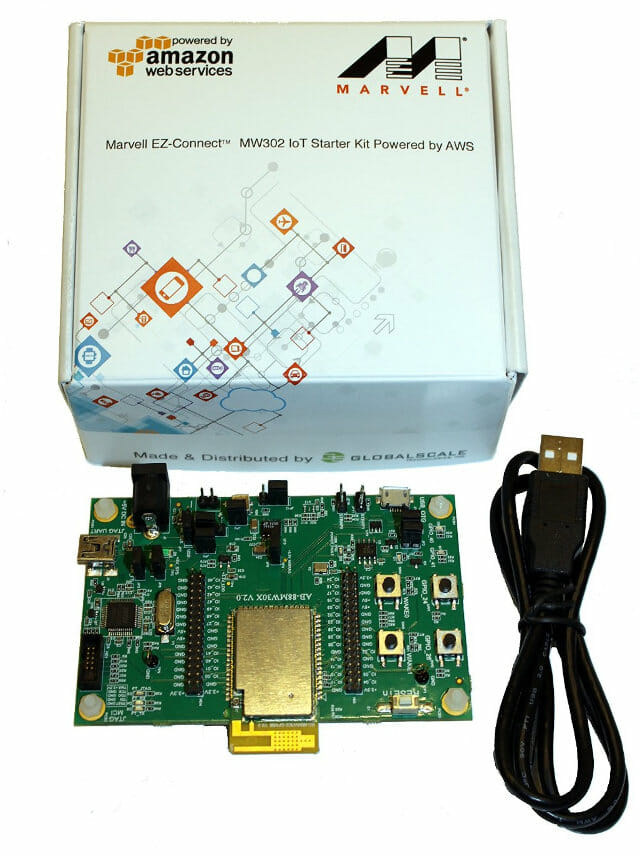 Amazon has just launched AWS (Amazon Web Services) IoT (Beta), a cloud platform that lets connected devices securely interact with cloud applications and other IoT devices. As pasrt of the announcement, they also released AWS IoT SDK that comes in three flavors: Embedded C SDK for C-based platforms such as Linux, RTOS, with variants for OpenSSL and mbed TLS. JavaScript SDK in Node.js Arduino Yún SDK. Ten started kits are currently officially supported by AWT IoT, many of them being existing platforms such as LinkIt One, BeagleBone Green, Intel Edison, or TI LaunchPad CC3200,  with several of these kits including SeeedStudio’s Grove modules. One of the kits that’s completely new, at least to me, is Marvell EZ-Connect MW302 IoT Starter Kit which include a mini USB to USB cable, and Marvell 88MW302 development board with the following (preliminary) specifications: SoC – Marvell EZ-Connect MW302 ARM Cortex-M4 WiSoC with 512KB SRAM […] 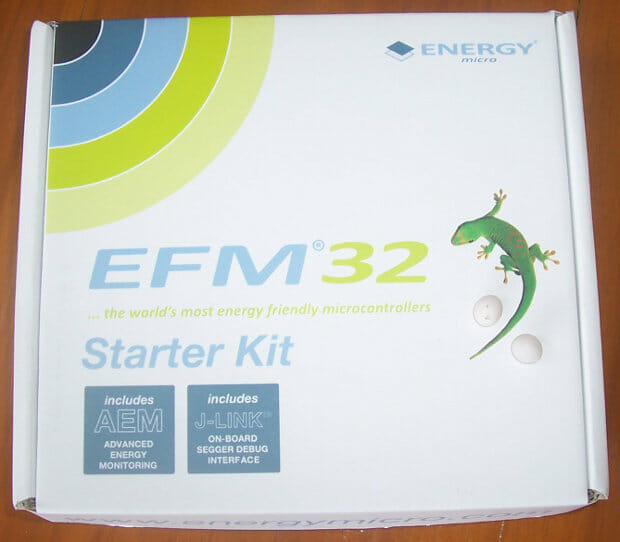 I’ve been lucky recently, after winning a TI Piccolo controlStick last month, I’ve just received Energy Micro EFM32 Starter Kit (EFM32-TG-STK3300) based on EFM32 Tiny Gecko MCU. This development board include: EFM32 Tiny Gecko Cortex-M3 MCU 8×20 LCD A light sensor A touch slider A battery compartment SEGGER J-Link mini USB port 2 Button + 1 reset button 1 User LEDs 2 expansion ports. Lots of through holes to access the different pins of the MCU Today, I’ll just show the content of the kit and next time, I’ll post more about the things I’ve done with it. Here’s the package of the EFM32 Starter Kit. The 2 gecko eggs were not included… Actually, those are house geckos eggs which are smaller than real geckos. We’ve got those here as well, but there are very shy, whereas house geckos just run around the walls and ceilings all day. Well, it’s […]