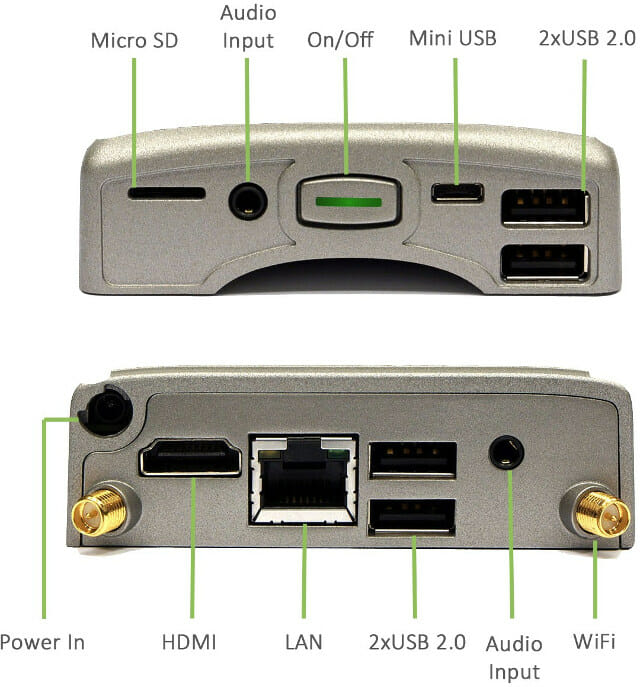 Compulab Utilite is a family of mini PC based on Freescale i.MX6 processors that can run either Android or Ubuntu, and was launched in 2013. The company has now introduced the second generation of Utilite computer with a Qualcomm Snapdragon 600 quad core Krait 300 processor, with 2GB RAM, eMMC and mSATA storage, and various network connectivity options such as Wi-Fi, Gigabit Ethernet, and Cellular. Utilite2 will be 30% smaller than the original Utilite computer, and twice the performance of the Utilite Pro with I.MX6 quad.  There are two models: Utilite2 4GB, Utilite2 SSD, with the latter adding a 32 GB SSD. Apart from that both models share the same specifications: SoC – Qualcomm Snapdragon 600 APQ8064 quad-core Krait 300 @ 1.7GHz with Adreno 320 GPU compliant with OpenGL ES 1.1 / 2.0 / 3.0 and OpenCL System Memory – 2GB DDR3-1066 Storage – 4GB eMMC, mSATA socket (mini-PCie form-factor, […]

Stephan Rafin has recently released a new XBMC image for Freescale i.MX6 based Wandboard development boards (dual and quad only) and Utilite computers. The images have been built with Yocto 1.5 (Dora) released last month, and are based on XBMC Gotham Alpha 9, the latest alpha before feature freezes. That means this is not a stable image just yet, but features won’t change, and this version of XBMC is now going though bug fixes. Stephan’s XBMC image includes the following: iMX6 hw accelerated decoding (VPU) for most standard formats iMX CEC support (for utilite only as wandboards are not properly wired) WIFI configuration thanks to network manager addon Support for HDMI/SPDIF/Analog sound outputs (including pass-through for HDMI and SPDIF) SMB/NFS/uPNP network shares and other standard XBMC features Bug fixes against previous version – No more transient black screens, trick modes (ffwd, frwd, ..) are now working, and smoother video playback. […]