I’ve just found out via my twitter feed that Nordic Semiconductor had announced the availability of the Bluetooth LE-based S120 8-link central protocol stack and nRF51 Wireless Charging SDK for wireless charging applications based on a new wireless charging standard called Rezence. 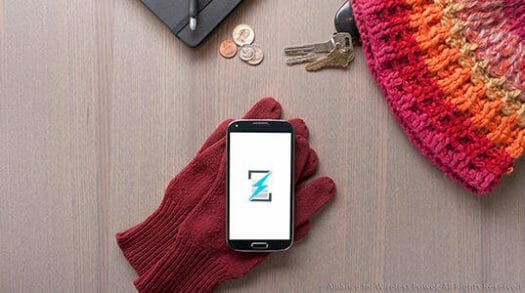 The Alliance for Wireless Power (A4WP) gave their wireless power technology the name Rezence a couple of weeks ago. Rezence uses magnetic resonance, instead of inductance used in first generation products, and bring several key improvements:

The alliance also envisions smart charging zones in public places that can both be used for charging and “value-added services such as mobile payments, gaming, advertising, peer-to-peer data sharing and location based services”. 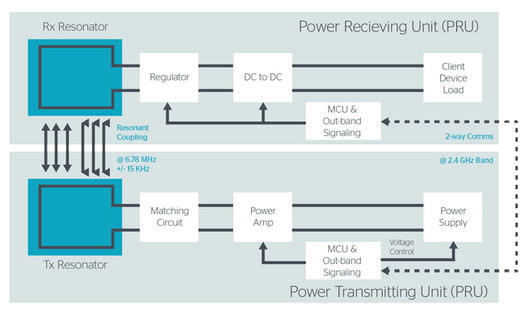 Power charging occurs via 6.78MHz resonators, and Bluetooth 4.0 LE (Smart) is used for out-band signaling between the power transmitting unit (PTU) and the power receiver unit (PRU), and although specifications are only accessible to paying members, several technical publications are available that can provide a better understanding of Rezence standard.

For example, according to a May 2013 presentation, there will be 5 categories to handle five different type of device / power requirements:

Feature phones and smartphones are supported in Version 1.0 of the specifications, with other devices becoming supported at a later stage.

There will also be 5 classes of Power Transmitting Units:

That means that none of the first generation of Rezence products might be handle to charge your tablet and smartphone simultaneously, and only one tablet can be charged at a time, but up to three phones, or headsets can be charged simultaneously. The document is dated from May 2013, and Class 5 PTU may have already been defined.

First Rezence compatible devices and chargers should start to become available in 2014. You may want to visit rezence.com to find out more about the standard.