Up to now there were basically two embedded board based on x86 architecture available to hobbyists: Gizmo Board (AMD T40E) and Minnowboard (Intel Atom). There’s now another solution with PC Engines system boards, namely APU.1C and APU.1C4, that comes with AMD G-Series T40E dual core APU, 2 to 4 GB RAM, 3 Gigabit Ethernet ports, an mSATA connector, and more. Contrary to the other two boards however, there’s no video output, and that makes these APU boards suitable for routers, firewalls, VOIP, dedicated servers, special purpose network plumbing, etc.. 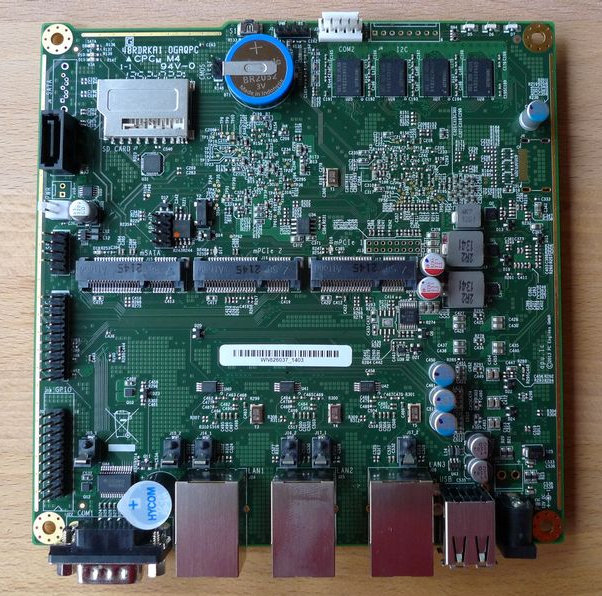 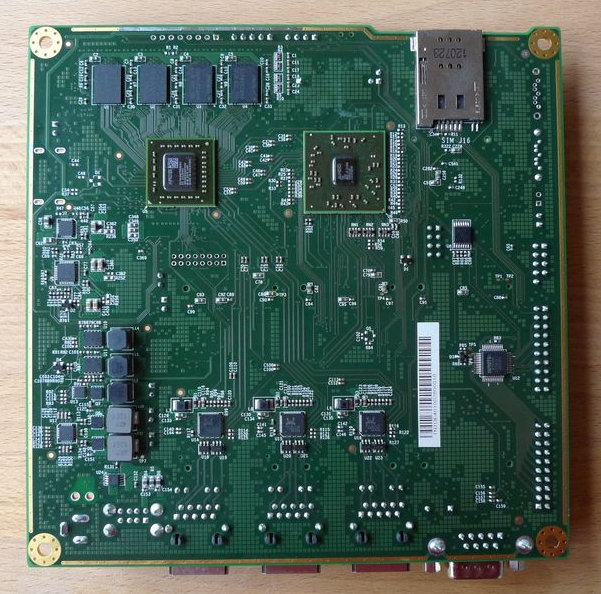 The board comes with CoreBoot open source system BIOS with support for iPXE and USB boot.  The boards can also boot from the SD card, or the mSATA port, but possibly not from SATA according to their specs. The APU boards are not open source hardware, contrary to the Minnowboard and Gizmo board, but you can still download the schematics in PDF format. If you need an enclosure, the boards are compatible with the company’s case1d2u enclosures. Cooling can be achieved with a 3 mm aluminum heat spreader on the APU and chipset, if you use PC Engines’ casing.

Both APU.1C is available now, APU.1C4 will be available in April, and the boards will sell for respectively $145 and $165. The enclosure costs about $9. You can find a distributor for your country on PC Engines’ order page. You can also check out PC Engines’ APU page, but there’s not much to see for now.

When you talk about no video output and x86 embedded boards then what about Intel’s Galileo Development Board with Intel’s Quark X1000 x86 based SoC?

I think interesting is that the Galileo board is also a hybrid Linux Arduino board similar to the Arduino YÙN and Tre (though x86-based rather than ARM-based). Making this Galileo board a really powerful microcontroller.

@Harley
I forgot about that one, but it’s quite another category, more akin to the Raspberry Pi.
Gizmo board, Minnowboard, and PC Engines APU boards, have much more processing power, and things like GbE connectivity, SATA, mini PCIe connectors, etc…

Galileo board is probably to be used as an IoT gateway, but if you need to process audio or video data, and/or deliver data over the network quickly, store large amount of data… the 3 other boards are better suited to this type of applications, and offer some GPIOs too in case you need to connect extra hardware.

According to the schematics in PDF, it may planned for a HDMI output. See upper right corner on the pcb, beneath the capacitor they are soldering pads. Page 10 in the PDF
And a second SATA port is also planned. Page 8.