ESPurna-H is a Compact Open Source Hardware Board with ESP8266 WiSoC, a 10A Relay, HLW8012 Power Monitoring Chip
Skip to content

ESPurna is an open source firmware for ESP8266 based wireless switch as such Sonoff POW, which I’ve been personally using to monitor my office’s power consumption. The developer, Xose Pérez (aka tinkerman), has now developed his own hardware with ESPurna-H board, as existing wireless switches with power monitoring functions would not fit into a gang box. 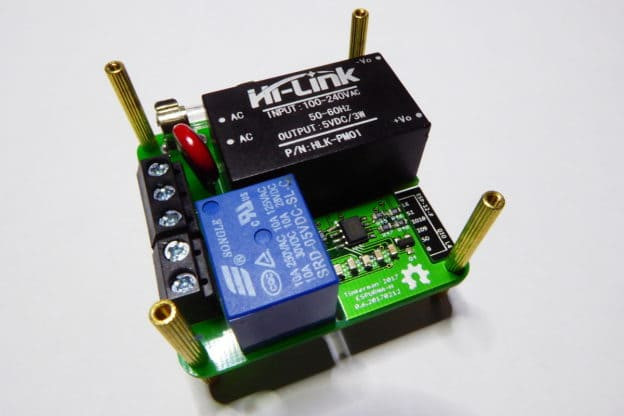 Xose designed the board with Eagle 8.0 and released the schematics, PCB layout, BoM and other hardware design files under the Creative Commons Attribution-ShareAlike 3.0 Unported License (CC-BY-SA 3.0). You’ll find the files on github.

The board is not for sale, but you could purchase the PCB on OSH Park, purchase the components separately, and finally do the soldering yourself. Since this is a hobby project, not specific safety testing has been done, and you’d better understand what you are doing since the board is meant to be connected to the mains. Even companies do it wrong from time to time. If there’s a design flaw with the board it could overheat melting the plastic around, and in the worst case even start a fire. 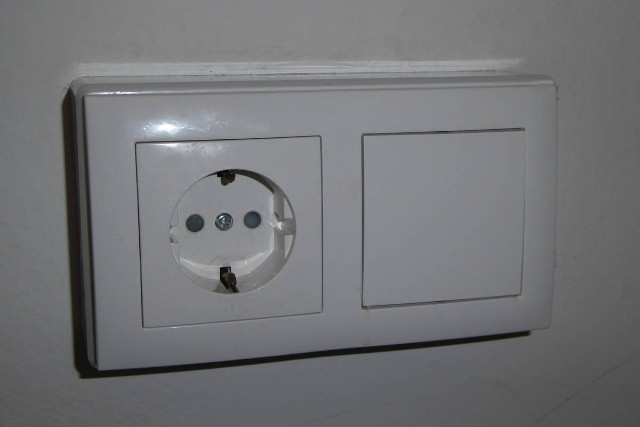 Xose completed the setup with a capacitive touch switch attached to the cover, in order to turn on and off the light, and the final results above looks quite neat.