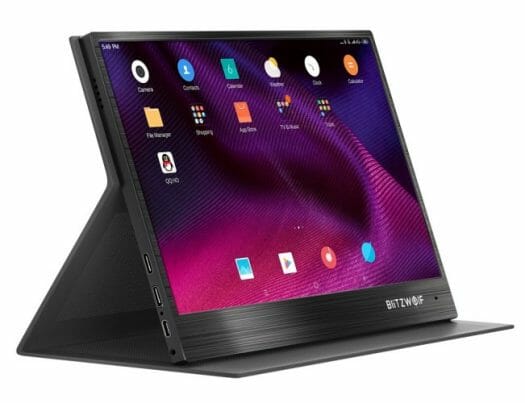 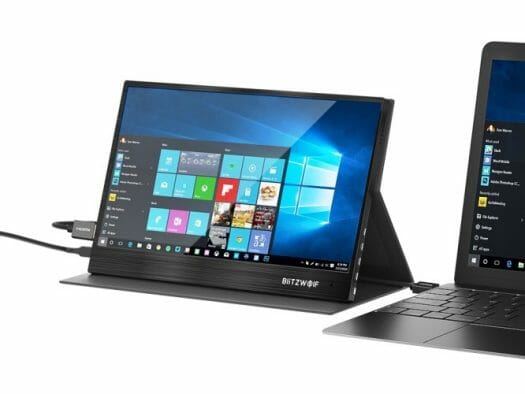 The Idea Behind the Portable Display

The BW-PCM1 was designed to a greater extent to use a gamer’s model for resolution at Full HD for 1920 x 1080 and auto-refresh at a range of 24 – 60 Hz. It is inexpensive and has a number of positive features and some negatives as well. 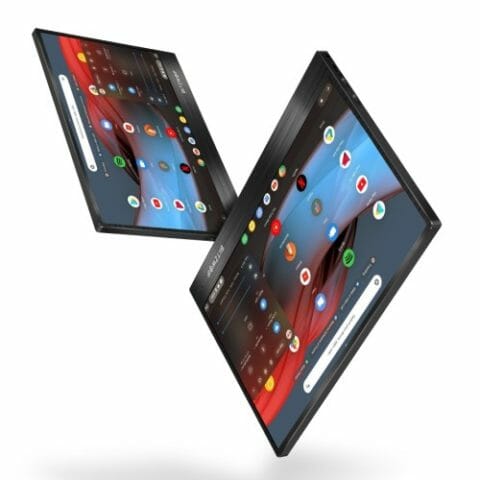 The screen needs to be plugged into a power source and there is no indication that there will be a battery option. That is not to say never,  just at this time there is no battery available for the unit.

The display is designed to be lightweight, and thin, but not the most in either instance.  There is a remote control, that is convenient but requires a CR2032 coin-cell battery that is apparently not included with the unit.

The BW-PCM1 has 2x mini HDMI 1.4 ports, 1x USB Type-C port, an audio jack, and built-in stereo speakers. There is a button series on the side of the screen for power, volume, settings, and back, which many other portable screens do not have. 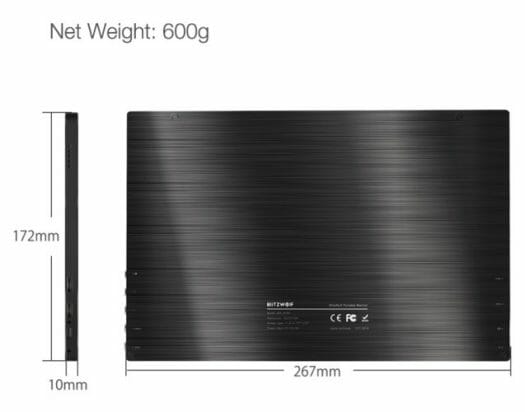 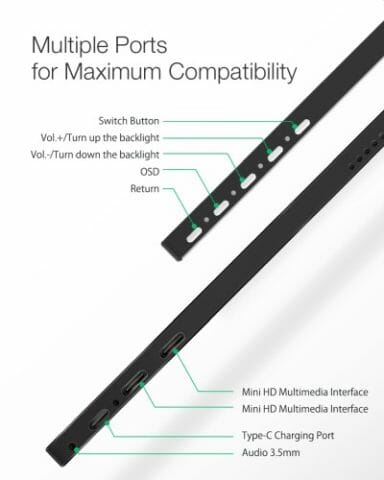 There does seem to be a requirement that both a HDMI and USB must be connected to the mobile device in order to function properly as a second screen.

The BW-PCM1 can be connected to Nintendo Switch, Xbox and PS4, which is a distinct feature for a portable monitor. 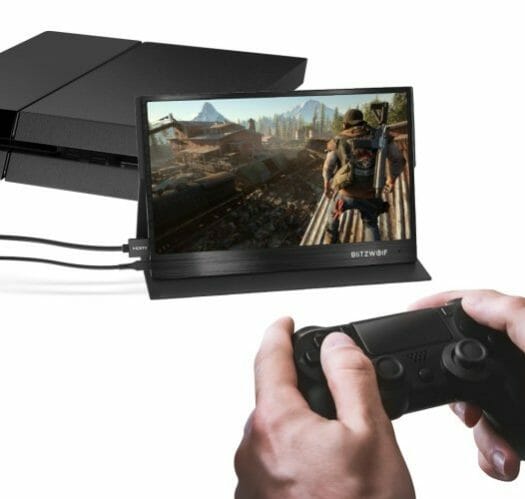 Note you may be able to shave off $6 from the price, or even $18 if you are a new customer, since Banggood offers coupons for Black Friday 2019.

More another take on BlitzWolf portable displays and the BW-PCM1 specifically check out the liliputing.com article and TableMonkey article each with their own views on the monitor.

Those prices do not include internatinoal shipping though. For reference, international shipping (for 1kg) with China post adds around $39 (Zone 2) or $47 (to Zone 3) based on a shipping calculator I found on the web.

Well actually they need to be much cheaper than this. USB C carries native displayport already, and there are lots of EDP displays which can be driven with a usb c and a small microcontroller to handle display and alternate modes.

I dont know why they are using hdmi and converter chips with this products, it just creates cost.

I was looking at these earlier, they seem to support a one cable setup

Because it’s what people have on their side and people want to connect easily.

— I dont know why they are using hdmi and converter chips with this products, it just creates cost.

Not every owned desktop, laptop, phone, or game console came with a fully featured USB C port. That’s before you start to consider Amazon and Google TV sticks or the vast number of ‘micro’ computers such as the Raspberry Pi 4.