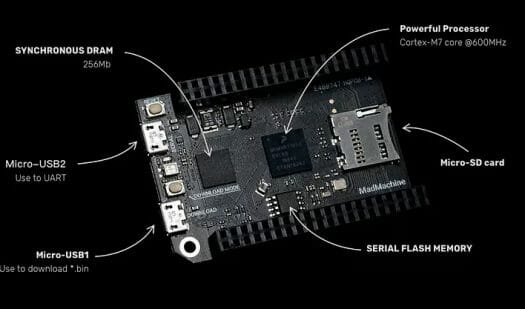 MadMachine IDE is the equivalent of the Arduino IDE for Arduino compatible boards, and allows the development of Swift programs on Mac OS X or  Windows, with Linux support in the works. 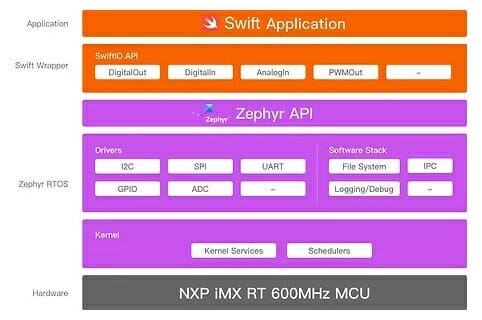 Since MadMachine IDE is not yet available for Linux, I installed the IDE (270MB) in a Windows virtual machine, and the development workflow looks similar to what you’d do with Arduino boards as the resulting binary uploaded to the board via a micro USB cable. Here’s what the Blink “Sketch” looks like:

You can also watch the video below to learn how to get started.

SwiftIO Arm Cortex-M7 board can be purchased now for $68 on MadMachine store, and there’s also a $118 kit with various components such as a buzzer, resistors, a servo, etc… in order to get started with electronics design using Swift. More details can be found on MadMachine.io website.

Hate to be that guy, but why? I havent heard of a application of Swift outside of Apple ecosystem

I guess you need to do some more research. Amazon Prime’s video backend is written in … swift. Some websites are also in swift, and it is rather easy to write scripts on linux in swift as well.

For real? Damn, the last time i research about Swift, there wasnt a lot of support for Swift in linux. Good to see that this is changing because everyone i know that works with, love the language

do some more research – therein lies the marketing problem.