I’ve noticed that ever since Hardkernel launched their ODROID-GO “10th anniversary” portable game console based on ESP32 processor, most of the talk on IRC and social media is about this new toy, and people almost seem to have forgotten about the company’s Arm Linux boards 🙂

But recently, I’ve come across a somewhat similar ESP32 device called WiFiBoy32 that acts as both a portable game console and an IoT development kit. 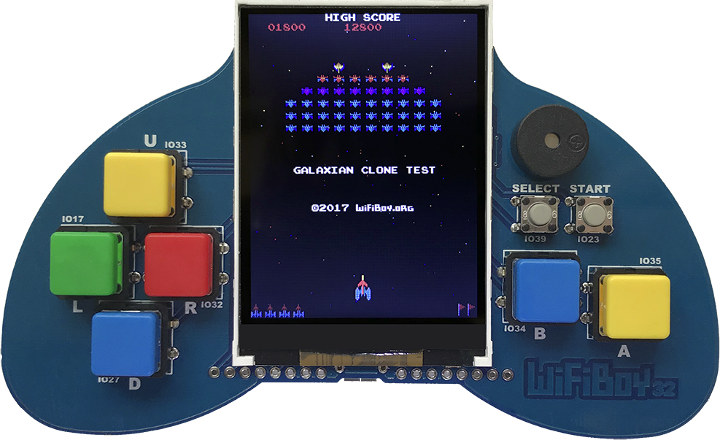 The board can be programmed with the Arduino IDE, MicroPython, or Python Blocky visual programming. You’ll find some Arduino tutorials in English teaching how to create various games, use WiFiBoy32 as a drone controller, and  draw photos and fonts on the display, but most information is only available in Chinese from WiFiboy Club website. WiFiBoy32 is partially open source hardware with PDF schematics, and mechanimal design (DXF) files released.

That looks all good, until you actually try to buy WiFiBoy32, as the company only seems to offer it Taiwan, or during events like Maker Faire Tokyo which took place last week-end.

But the ODROID GO is more capable and cheaper 😉

If you like esp32 games machines, I watched a set of 4 videos on YouTube by bitluni’s lab, where he makes a esp32 game console to composite TV .
I found the series informative.