A few weeks ago, I read rumors about NVIDIA acquiring Arm, and I thought it was probably just a joke because of the obvious conflicts of interests since NVIDIA would be providing IP to competitors, who may then be wary of starting designs based on NVIDIA cores and GPUs.

But guess what? That’s now official with NVIDIA writing on their blog they had a definitive agreement under which NVIDIA will acquire Arm Limited from SoftBank Group Corp. (SBG) and the SoftBank Vision Fund (together, “SoftBank”) in a transaction valued at $40 billion. 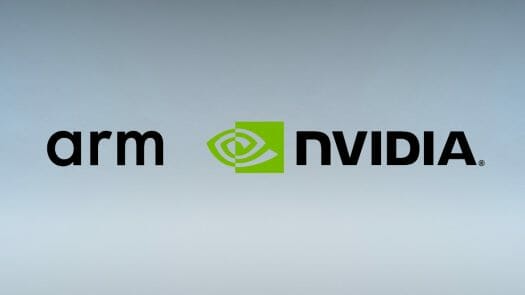 I seldom write about business news, but it looks like in this case there may be repercussions. Let’s see details about the transaction:

Under the terms of the transaction, which has been approved by the boards of directors of NVIDIA, SBG and Arm, NVIDIA will pay to SoftBank a total of $21.5 billion in NVIDIA common stock and $12 billion in cash, which includes $2 billion payable at signing. The number of NVIDIA shares to be issued at closing is 44.3 million, determined using the average closing price of NVIDIA common stock for the last 30 trading days. Additionally, SoftBank may receive up to $5 billion in cash or common stock under an earn-out construct, subject to satisfaction of specific financial performance targets by Arm.

NVIDIA will also issue $1.5 billion in equity to Arm employees.

NVIDIA intends to finance the cash portion of the transaction with balance sheet cash. The transaction does not include Arm’s IoT Services Group.

The proposed transaction is subject to customary closing conditions, including the receipt of regulatory approvals for the U.K., China, the European Union and the United States. Completion of the transaction is expected to take place in approximately 18 months.

First, it’s not a done deal as the transaction may require government approvals, and if it goes through it will be a 2022 story. I’d not be surprised if the deal is killed sometimes in 2021, as we’ve seen in the past with Qualcomm trying to acquire NXP. The deal does not include the whole of Arm with Arm’s IoT Services Group.

NVIDIA tries to reassure all stakeholders that it will not make major changes in the way the company operates, but increase investments. First, Arm will remain headquartered in Cambridge, and NVIDIA will build a world-class AI research and education center supporting developments in healthcare, life sciences, robotics, self-driving cars, and other fields. The company is also said to continue to operate its “open-licensing model” while maintaining global customer neutrality, and the addition of NVIDIA GPU, and AI technology.

If it remains headquartered in Cambridge then that takes care of the UK Government approval.

How this will affect the open source communities will be the subject of great debate, with it being unlikely to go down that well based on Nvidia’s own history.

UK Government approval probably won’t be a problem now that the United Kingdom is no longer in the European Union.

Government of the United Kingdom will welcome promisis of increase investments, especailly from a non-Chinese company.

Regardless NVIDIA will have to license ARM IP to competition or get sued under antitrust laws.

My question/concern is what does this mean for Mali (GPU)?

Apart from a potential name change, Mali GPUs should be here to stay, NVIDIA GPUs are not power-efficient enough for most typical Arm applications.

>Mali GPUs should be here to stay,

I wonder if they’ll stay but nvidia will wind down serious r&d for them.

I thought the GPU business was a different company from arm ltd though so maybe nvidia don’t get that as part of this deal? The IoT part seems to be excluded.

I wonder, what exactly this means for Huawei?

RISC-V on the mobile side and reversed-engineered x86 (Zhaoxin) on the desktop side.

And embed espionage in hardware! No thanks!

I don’t see this as a good news at all. Maybe they’ll remain “neutral” as they say, but it’s unlikely new awesome stuff will come from there anymore. For example I seem to remember that AMCC played an important role during the design of armv8. But now it’s unlikely that come companies will team up with their direct competitor to do research work. Let’s hope we don’t start getting massively multicore/multiwatt GPUs into each and every ARM-based microcontroller or low-power CPU, as NVidia seems to be the maker of the chips draining the most electrical resources on the planet and… Read more »

Let’s hope also we don’t start getting some price hiking with each new ARM GPU iteration from them. I don’t want to use 50W to run an ARM64 SBC either, no matter how powerful their ARM GPU becomes.

Our worse fears come true. The beginning of the end. Time to start moving to alternatives such as RISC-V. It may take years for RISC-V to catch up.

Scary if that will happen…

Aaaand that how you win battles and haters. Anything good is going to come out from anything touched by Nvidia, sorry arm guys, you are already on the verge of death 🙁

Unsurprisingly, Qualcomm opposes the purchase of Arm by NVIDIA. The company has told the Federal Trade Commission (FTC), as well as its regulatory counterparts in the UK, EU and China, that it opposes the purchase because it believes NVIDIA would prevent ARM from licensing its processor architecture designs to other companies.