Rakwireless has launched several IoT evaluation boards such as RAK4260 LoRaWAN EVB relying on WisBlock modules comprised of a carrier board and a module. So far, those were always sold as part of evaluation boards, but now the company is trying to expand WisBlock use as a modular system, so users can easily build their custom systems, LEGO style.

The modular system is based on four different block types: 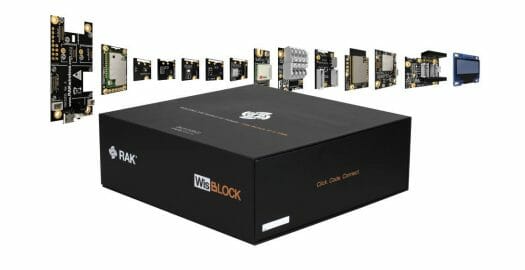 The company is just getting started with the solution, and initially will be offering one WisBlock baseboard, an improved version of the one used with RAK4260 Evaluation Board, that offers slots for one Core, one IO module, and four Sensor modules.

The fist WisBlock Core will combine a Nordic nRF52840 and a Semtech SX1262 LoRa transceiver, and be programmable via the Arduino IDE or PlatformIO. The company will also offer six different sensor modules and eight IO extension boards. 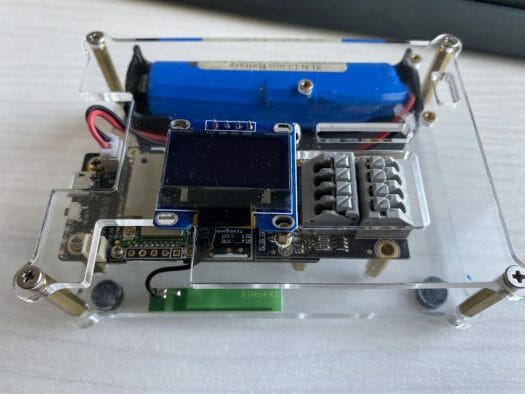 Rakwireless prepared a Github repository with a Quick Start Tutorial and several examples to create various solutions such as a BLE gateway, a GPS tracker, an environmental monitoring station, etc… WisBlock IoT modular system is not only design for prototyping and development, but the company aims to make it a production-ready solution.

WisBlock IoT modular system kit is now available right now, but the company has launched a beta testing program, where interested developers can apply to request a free kit. Selected developers should then receive their kit sometime in October 2020.