Arduino has released a new bootloader based on MCUBoot to increase the range of features and firmware safety of Arduino products, with the first release targetting STM32H7 based Arduino Portenta and Nicla Vision boards from the Arduino Pro family.

The release focuses on Arduino Mbed OS-based boards, but MCUboot is OS agnostic, and should also work with Zephyr, Nuttx, and Apache mynewt. The company has also made sure that the transition is easy and reused the existing OTA firmware upgrade process in place on Arduino boards. 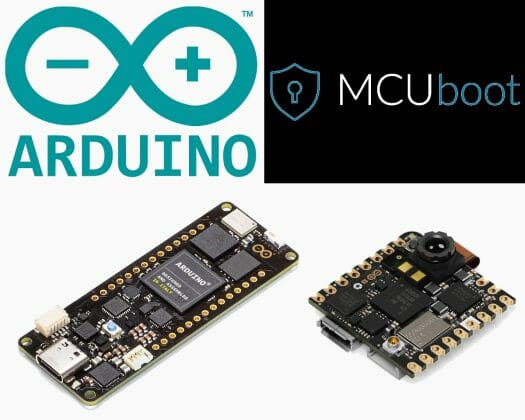 Arduino goes into detail about the firmware update mechanism in the blog post announcing the new bootloader. Basically, there are two slots with SLOT 0 representing the portion of flash containing the current application image, and SLOT 1 representing the portion of flash containing the updated application image. There’s also an additional flash area “SCRATCH” needed to support MCUboot swap scratch algorithm. On Portenta H7 boards, the SLOT 0 partition is in the internal flash, while the SLOT 1 (update.bin) and SCRATCH (scratch.bin) partitions/files will be found in the QSPI flash.