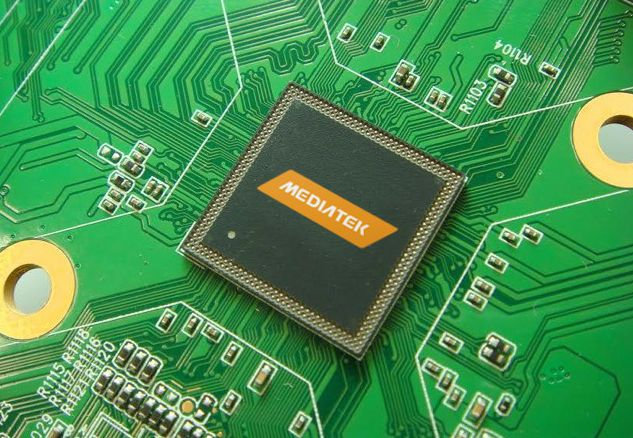 MediaTek has just announced MT8127, a quad core ARM Cortex A7 processor @ 1.5 GHz with Mali-450MP GPU, that provides hardware support for HEVC (H.265) video playback, and targets “super-mid” range Android tablets. HEVC/H.265 video codec will allow to half the required bandwidth and/or storage for a given quality compared to H.264, or to greatly improve quality at the same bitrate. The latest Mediatek processor will also support 1080p video playback and recording, and up to 13MP cameras, as well as  1920×1200 LCD screen display. As with other Mediatek SoCs,  a Bluetooth 4.0, Wi-Fi, FM receiver and GPS combo-chip can be coupled with MTK8127. The company also claims Miracast and NFC support. The first tablets to integrate this solution will be ALCATEL ONETOUCH PIXI 7 and Cube U25GT, as well as ALCATEL ONETOUCH PIXI 8, which will be launched later this year. Via Liliputing Jean-Luc Aufranc (CNXSoft)Jean-Luc started CNX Software in 2010 as a part-time endeavor, before quitting his job […] 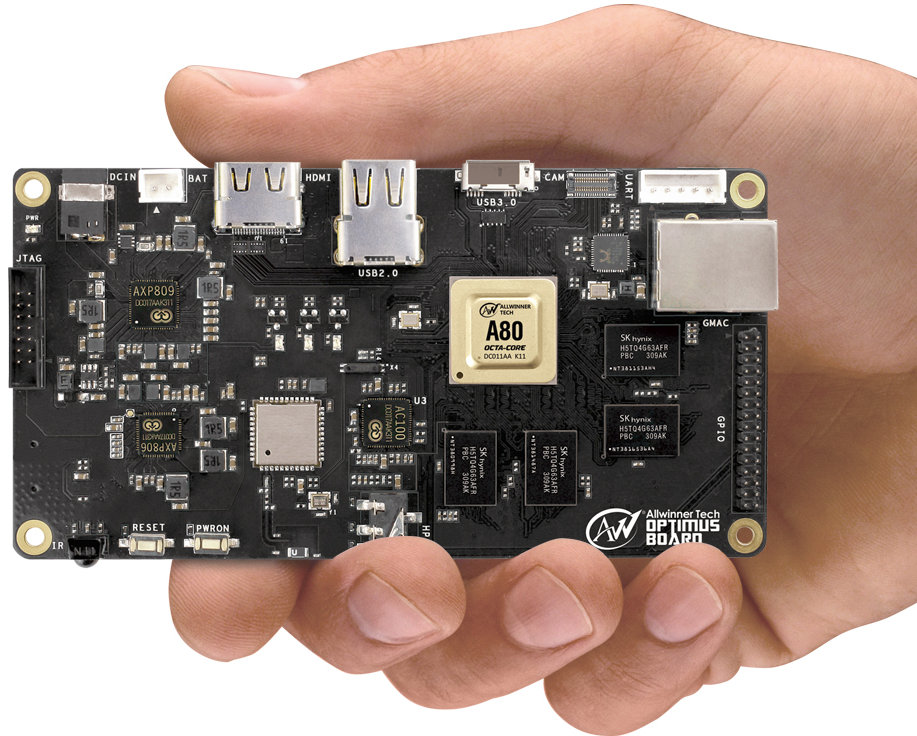 CES 2014 is coming soon, and it will take place on 7 – 10 January, 2014, and we can expect some interesting SoC news. Samsung suggested they will unveil their 64-bit ARM SoC (Exynos 6?) at CES 2014, Nvidia will hold a press conference to “showcase new NVIDIA Tegra mobile technologies, gaming innovations and advanced automotive display technologies”, and Qualcomm has been quiet for now. However, several Chinese SoC vendors, namely AllWinner, Rockchip and Mediatek, have already announced what they will showcase at CES 2014, albeit with few details. AllWinner at CES 2014 Allwinner announced will showcase their OptimusBoard based on their Ultra Octa Core A80 SoC, as well as 4G tablets powered by Allwinner A31/A31s, and dual-SIM phablets sporting A23 dual core. Allwinner A80 is an Octacore processor featuring four ARM Cortex A7 cores, and four Cortex A15 cores @ 2.0GHz together with an unnamed GPU offering 2x more performance over previous generations, and supporting OpenGL ES3.0 and GPU compute. […] 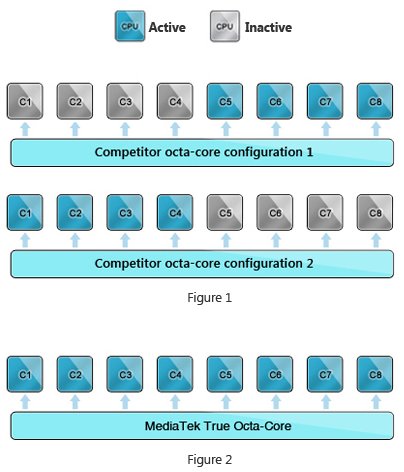 We already knew Mediatek was working on MT6592, an Octa-core Cortex A7 processor for smartphones, and MT8135, a quad core bit.LITTLE processor for tablets, but in the last few days, the company revealed a bit more information about its two new application processors, mainly to show how better there are compared to the competition. Mediatek MT6592 Octa-core Cortex A7 With Exynos Octa (5410), Samsung was the first company to release an ARM powered Octa-core application processor, but Meditak explains their solution is better because MT6592 can use all 8 cores simultaneously whereas Exynos 5410 is limited to 4 at at time, and the claim is true because Samsung big.LITTLE implementation choice. Exynos 5420 will change that however, as soon as this month, but Mediatek obviously did not feel necessary to mention this details. The company expected those 8 cores to improve current applications such as : Advanced web browsing – Ability to allocate individual browser tabs to CPU cores to […]

This week-end, I have been tipped about a $91 Mediatek MT8317 based 7″ Phablet, but I really did not know what to think about it as Mediatek seems to have so many SoCs, and really felt lazy trying to dig information about this. Yet, in the back of my head, I had decided to eventually make a post trying to clarifying Mediatek SoCs. This morning, I felt relieved not to have to spend hours investigating, as AndroidPC.es found an analyst paper doing just that, at least for recent and upcoming Mediatek processors. Mediatek Smartphone SoCs Roadmap MT6589 is certainly the most common SoC for cheap quad core smartphones, and starting this month, it will be available in MT6589M and MT6589T versions, the former with a weak video processing unit (VPU) and ISP, and GPU frequency, and the latter with higher GPU and CPU frequencies. Contrary to the table below, MT6589 and MT6589T support 1080p displays, whereas MT6589M supports 960×540 resolution […] 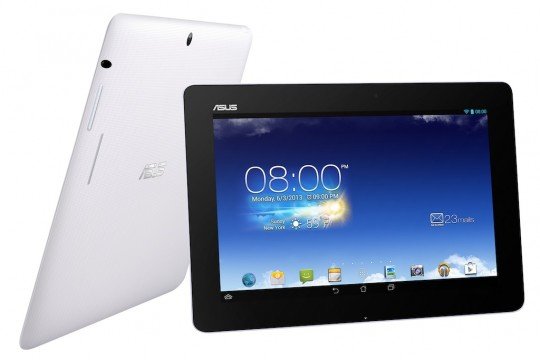