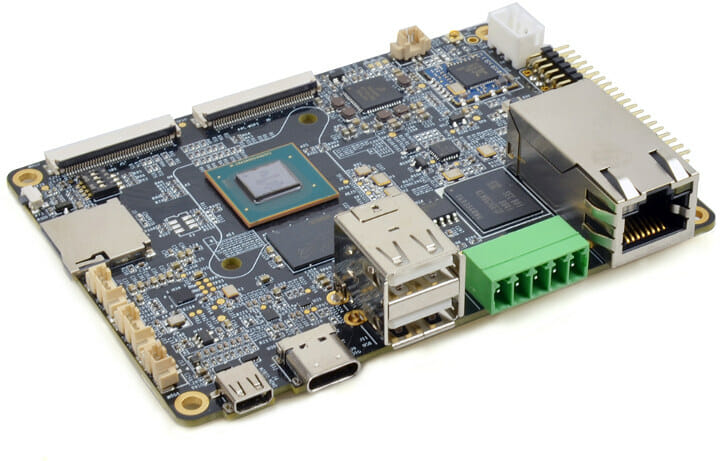 A few days ago, we covered Estone Technology’s MJ-100 RK3399 rugged tablet. I’ve just realized Estone Technology used to promote their embedded product under the Habey USA brand, which we covered a few times here, and the company has also announced another new product ahead of Embedded World 2019 with their EMB-2238 Pico-ITX i.MX8M board specifically designed for voice control applications. The company setup two voice control demos with the board: one with Amazon Alexa Voice Service (AVS) and another with Snips that works locally without any Internet connection. We actually came across Snips previously for an article comparing microphone arrays, but I never looked into Snips into details or saw an actual demo. Let’s have a quick look at EMB-2238 board specifications first: SoC –  NXP i.MX 8MQuad  with 4x Arm Cortex-A53 cores @ 1.5GHz, 1x Arm Cortex-M4 realtime-core @ 266MHz, Vivante GC7000L/GC7000LVX with support for OpenGL/ES 3.1, OpenGL […] 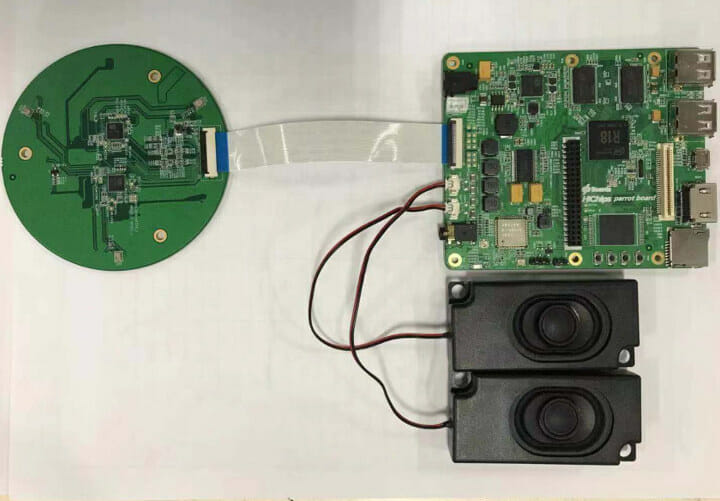 Early last year, Banana Pi unveiled Allwinner SoC-Only 3-Mic Far-Field Development Kit for Amazon AVS, a board powered by Allwinner R18 processor extended with an external 3-mic array board, officially supported by Amazon Alexa Voice Service (AVS), and sold for $129 plus shipping. There’s now a compatible board following 96Boards CE Extended form factor, and selling for just $79.99 plus shipping on Alibaba or 555.99 CNY on 1688.com. The board looks almost the same as the original 3-Mic far-field development kit, apart from the LS and HS connectors found in the 96Boards hardware platforms. Hichips Parrot board should not be confused with Allwinner R16 based Parrot board that was used by Allwinner internally, and never made available to the general public. Hichips Parrot board specifications: SoC – Allwinner R18 quad-core Cortex-A53 processor @ 1.15GHz with Mali400MP2 GPU System Memory – 1GB DDR3 Storage – 8GB eMMC flash, micro SD card […] 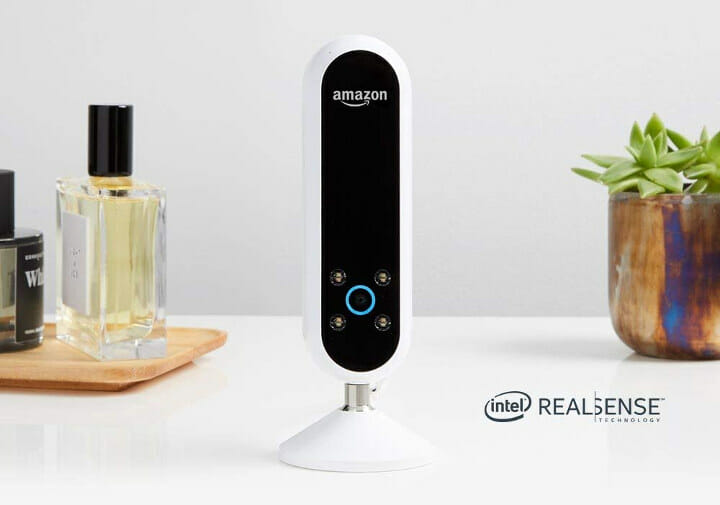 Amazon Echo Look is a smart camera with Alexa Assistant that was launched about 2 years ago for $200, and designed to help you decide if your outfit is a good match, beside taking photo and video selfies with voice commands. Sales may not have matched Amazon expectations (unsurprisingly), and the product is now offered for just $49.99. What may be interesting for CNX Software readers is that Echo Look appears to be a consumer version of AWS DeepLens deep learning video camera for developers ($249), plus some cost savings as well, so there may be some hacking potential here. A teardown video – embedded below – reveals some interesting specifications: SoC – Intel Atom x5-Z8350 quad core Cherry Trail processor @ up to 1.44 GHz System Memory – 1 GB LPDDR3 Storage – 8GB eMMC flash, 16 Mbit SPI flash Camera – Intel RealSense SR300 depth sensing camera + […] 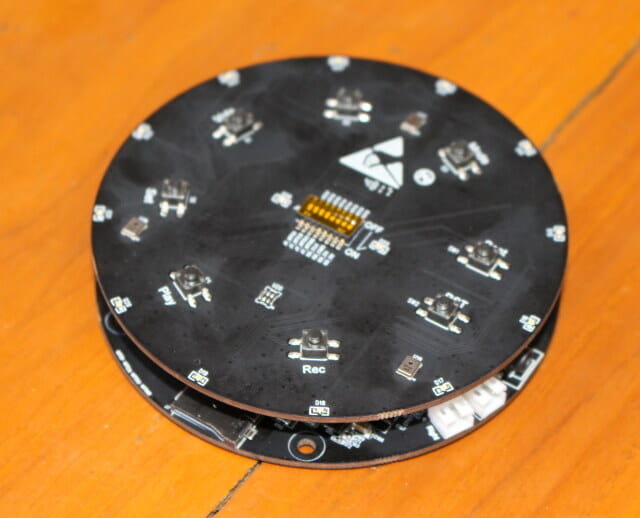 ESP32-LyraTD-MSC is a smart audio hard development kit based on ESP32 WiSoC that I plan to send  to one of my readers as part of Giveaway week. I had the chance to test ESP32-LyraTD-MSC with Baidu DuerOS voice assistant back in February which requires you to speak Mandarin, but now the board has become more useful outside of China with the release of Espressif ESP-ADF audio development framework and support for Amazon Alexa and Google Assistant. To enter the draw simply leave a comment below. Other rules are as follows: Only one entry per contest. I will filter out entries with the same IP and/or email address. Contests are open for 48 hours starting at 10am (Bangkok time) every day. Comments will be closed after 48 hours. If comments are open, the contest is still going on. Winners will be selected with random.org, and announced in the comments section of […] 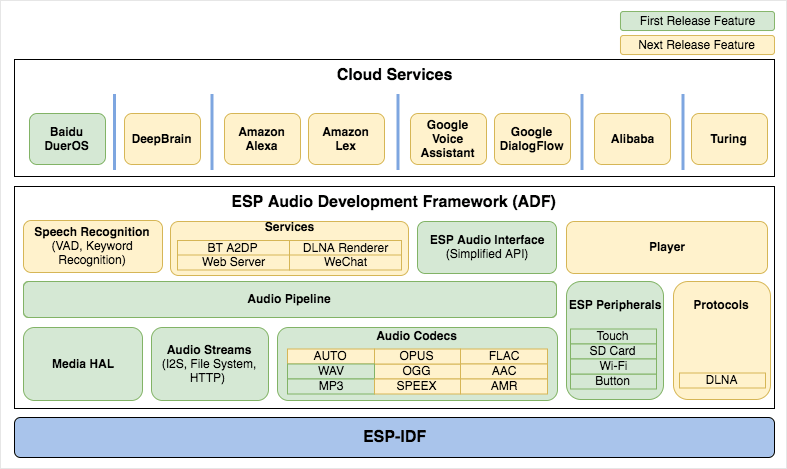 Espressif Systems have been working on audio applications like Smart Speakers based on ESP32 WiSoC with hardware development kits like ESP32-LyraTD-MSC Audio Mic HDK, and I could test it with Baidu DuerOS using Mandarin language. However, at the time (February 2018), there was not much else that could be done with the hardware kit, since no corresponding ESP32 audio software development kit had been made available. This has now changes since Espressif has just released ESP-ADF Audio Development Framework on Github. The framework will support the development of audio applications for the Espressif Systems ESP32 chip such as: Music player or recorder handling MP3, AAC, WAV, OGG, AMR, SPEEX … audio formats Play music from network (HTTP), storage (SD card), Bluetooth A2DP/HFP Integration with Media services such as DLNA, Wechat, etc.. Internet Radio Voice recognition and integration with voice services such as Alexa, DuerOS, Google Assistant As we can see […] 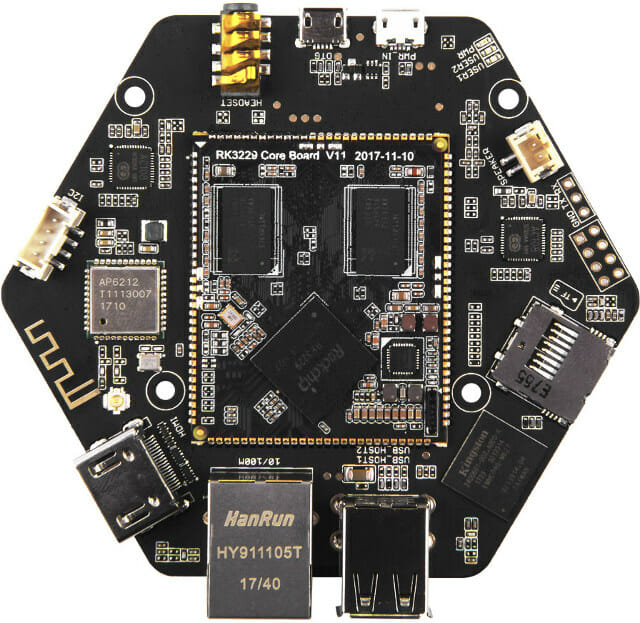 Seeed Studio launched ReSpeaker Core board designed for voice interaction in 2016. The board was based on a Mediatek MT7688 MIPS WiSoC running OpenWrt, and came with a single built-in microphone, although a microphone array board with 7 microphones and 12 LEDs was also offered as option. The company is now back with a more powerful update of the board – called ReSpeaker Core v2 – featuring Rockchip RK3229 quad core Cortex A7 processor, running Debian Linux, and with 6 on-board microphones. Beside WiFi connectivity, the board also adds Ethernet and Bluetooth 4.0, as well as a USB hot port compared to the previous version. ReSpeaker Core v2 specifications: SoC – Rockchip RK3229 quad core Cortex A7 processor @ up to 1.5 GHz with Arm Mali-400MP2 GPU System Memory – 1GB DDR3 RAM Storage – 4GB eMMC flash, micro SD card slot Video Output – HDMI 2.0 (but drivers not […] 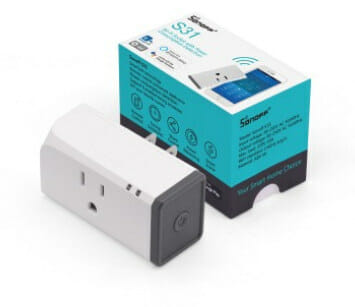