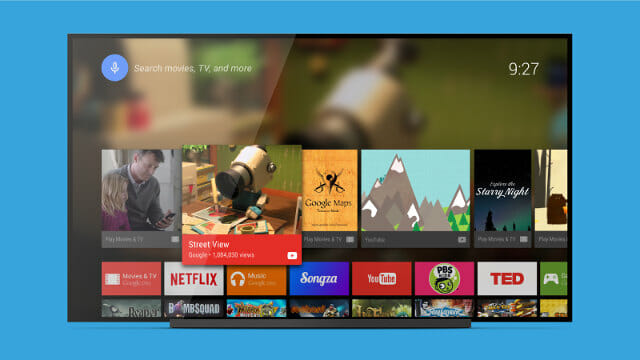 If you own one of the many Android media player available on the market, and wanted to get Google Android TV on your device, the good news is that Google has just published Android TV Launcher on Google Play. So even though you can’t install Android TV on you device just yet, at least you should be able to run the launcher. But unfortunately, there’s also a bad news: Android TV Launcher is only available for Android TV devices such as ADT-1 Devkit or Nexus Player. I wanted to side-loaded to one of my Android devices, so I tried APK downloader to retrieve the Android TV launcher apk, but it can’t be downloaded unless your use a “Device ID” from ADT-1 or Nexus Player. So if you want to give it a try, you’ll have to patiently wait for the apk to show up somewhere. One place where it might […]

Let’s assume you are unlucky, and frequently end up with Google Play saying “Sorry, this app is not compatible with your device”. The usual way is either to patiently wait for a new firmware, or actually go through Android configuration files to change the behavior by, for instance, emulation a “Samsung Galaxy S4”. It’s also possible you somehow ended up with a device without Google Play. There’s now another solution thanks to APK Downloader. The way it works is that you just go to APK Downloader website, look for the app in Google Play website in your PC or device, copy the URL to APK Downloader website, and click on “Generate Download Click”. After a few seconds, or minutes depending on the APK size you’ll be able to download the APK. I used Antutu for testing as shown in the screenshot above. There’s a total limit of 250 new cached […] 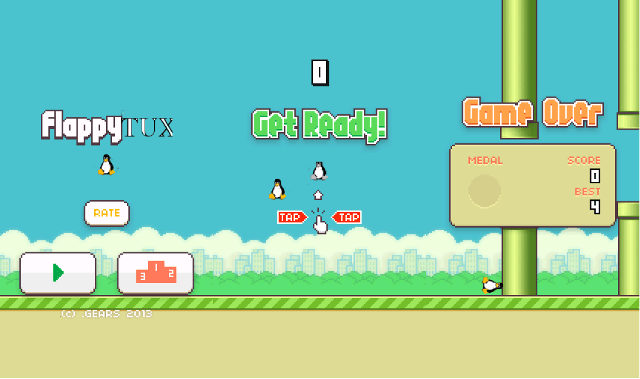 Flappy Bird is a ridiculous fad, and I promised myself not to write about this silly game. I managed to resist when somebody showed off their Arduino powered real-life Flappy Bird, but then XDA developers mentioned one of their member posted instructions to customize Flappy Bird game. I thought it might be fun to personalize the game with pictures of friends or family members, and at the same time, learn how to hack apk files. Instead of real persons, I’ve replaced the original bird, by Tux, the official Linux mascot, flapping wings not included. The instructions in XDA dev forums are mainly for Windows, but I’ve adapted them to Linux, and “created” “Flappy Tux” from Ubuntu 13.10. I’ll assume you’ve already installed OpenJDK and the Android SDK and have a working Android app development environment. I think we just need adb and aapt from android-sdk-linux/platform-tools/bin to be in the path. […]